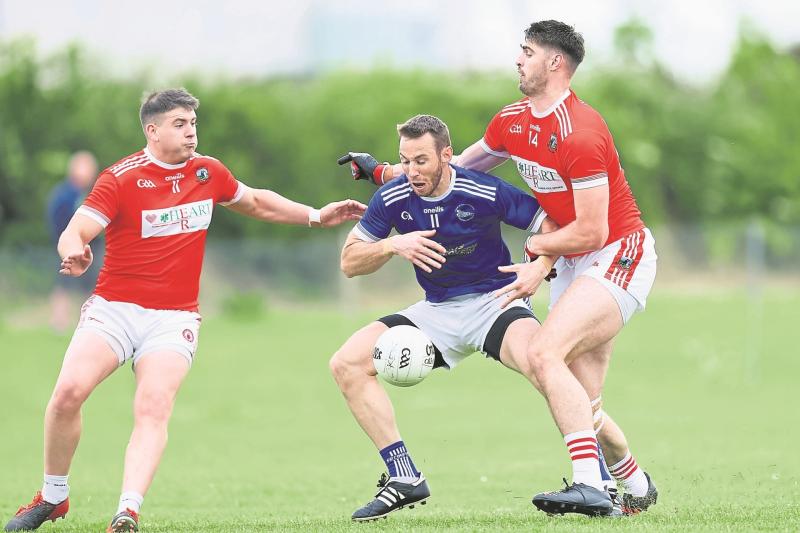 THERE are three round two games in the Irish Wire Products Limerick senior football championship this Saturday evening.

Ahead of an early season break for inter-county and club hurling action, all football sides will be keen to get points on the group table.

In Kilmallock, holders Newcastle West will look to maintain their unbeaten run when they play Oola at 7.30.

Jimmy Lee's side have already won the league title this season and were round one winners in the SFC against Monaleen.

Inter-county man Cian Sheehan was only introduced as a sub in that game last weekend, while another Limerick panellist Diarmaid Kelly is abroad at present.

Oola lost to Fr Caseys in round one. The east Limerick side were well in contention for long periods but two injury time goals from Rory O'Brien helped the Abbeyfeale side to a 2-16 to 0-8 win.

Oola scored just two points from play in the loss to Fr Caseys and lost Shane Whelan and Eoin Fitzgibbon to injury.

In Ballyagran, is the meeting of Ballylanders and St Kierans at 7.30.

Ballylanders were also in Ballyagran last weekend when they lost to Ballysteen 2-8 to 2-3 and only scored their two goals from play.

They face a St Kierans side that finished strongly to defeat Kildimo-Pallaskenry. John Hayes and Seamus Mangan were in fine scoring form for St Kierans in that round one tie, while inter-county panellists Darragh Treacy and Liam Kennedy are vital cogs in the middle third.

In the Rathkeale GAA grounds is the meeting of Kildimo-Pallaskenry and Adare at 7.30.

Adare defeated Galtee Gaels in round one and that was without the injured trio Hugh Bourke, Eoin Ryan and Eoghan Costelloe. They then lost Davey Lyons to injury during the game.

Still they won 0-13 to 0-6 and kicked 12-wides for a side now managed by John Brudair and coached by Patrick Donnelly.

Kildimo-Pallaskenry were on course to defeat St Kierans in round one but a final quarter missed penalty proved crucial. They were down a number of players from their 2021 IFC winning side due to a foreign wedding and will be strengthed by their return.

Kildimo-Pallaskenry v Adare in The Bog Garden at 7.30pm