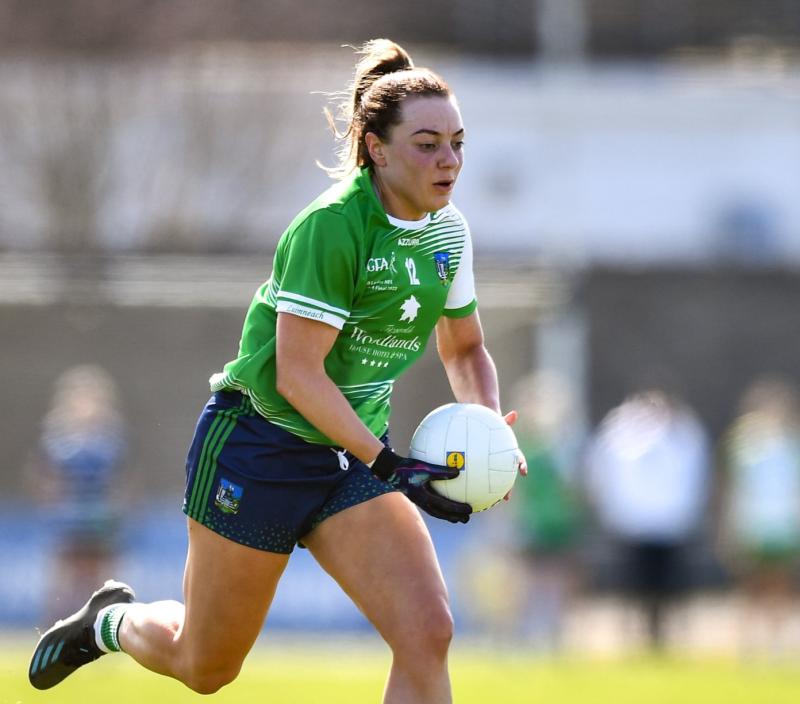 PUTTING the heartbreak of their opening round defeat to Antrim behind them, Limerick's ladies footballers made no mistake on Wednesday evening when a comprehensive win over New York in the sun-drenched TUS Gaelic Grounds qualified them for the All-Ireland Junior Championship semi-finals.

An early goal from top-scorer Cathy Mee got them in motion after three minutes and, by the time the Ballylanders' sharpshooter bagged her second on the quarter mark, any doubts about an upset on the cards had disappeared.

It mightn't have been one of their better displays as total of thirteen wides would suggest but the home team kept enough momentum in their game to keep their challengers at bay.

Limerick's early attacks failed to find the target before they were stung by New York's first break from their own half which ended with Marie Dargan opening the scoring. However, the lead was short-lived as Mee collected off Iris Kennelly to slam to the net and she then stretched the margin off a free.

Despite an almost monopoly of possession, the hosts failed to build on their advantage until Amy Ryan, after her earlier goal effort had been blocked, broke the logjam with a strike on the turn and was quickly followed by Mairéad Kavanagh and Niamh Ryan.

Mee then pounced again, unleashing a screamer on the run to the top corner but, as she followed up taking the return from her quick free to move the margin into double figures, New York broke from defence but were denied a goal by a packed goal line. Brady's resulting '45' floated into the square, drawing a penalty from the scramble and Brady expertly drilled it past Sophie Hennessy's reach.

The Americans restarted with a pair of wides which were punished by a flashing Limerick move ending with Delee crashing home off Kennelly's lay-off but Emma Foley struck back immediately on the run.

However, Kennelly then got her goal, collecting the rebound after Mee struck the cross bar and, although Dorgan replied with a free, the pace and the scoring dropped as the subs trooped on before Mee's free and Róisin Ambrose and Aoife Matthews at the other end picked off the final scores of the game.