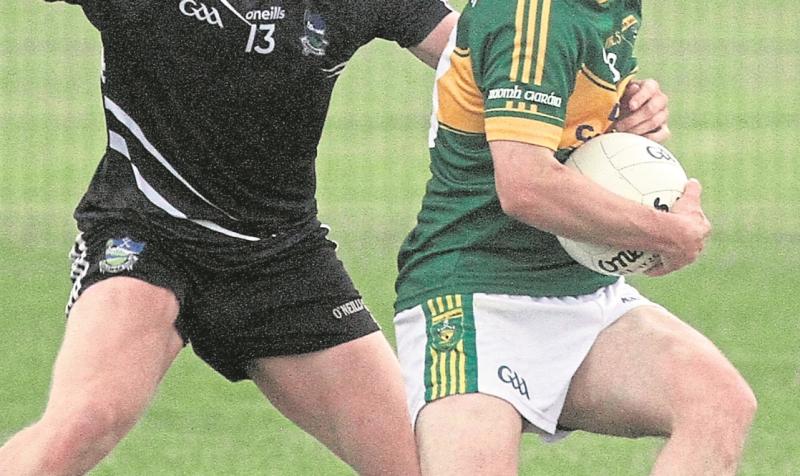 With the hunt for the county senior football title beginning its 2022 edition in a matter of weeks, champions Newcastle West sent out a message of their intentions as they captured the county league.

St Kierans' problems started when they conceded the match's only goal, the opening score after just nine minutes, and left them chasing the game for the rest of the hour - full back Darren O'Doherty with a flashing solo run that ended with him drilling to the net.

Two John Hayes frees got Kierans off the mark but they struggled to get within sight of the posts and a long punt from James Kelly brought the Magpies lead back to two. The Ardagh side lifted a gear coming up to the break as a pair of Kevin Meade strikes drew the sides level but, just before the short whistle sounded, Hurley's free sent the Magpies into the dressing-rooms with a lead of 1-2 to 0-4.

Kierans had a few fruitless attacks on the resumption before Newcastle shook off the cobwebs for Hurley and Todd Donovan, off a scything solo, put a clear goal between the sides. But once again, they settled back into containment and, while Kierans never really threatened to carve out the openings, they drew another pair of fouls for Hayes to punish.

With their lead pulled back to minimum, Newcastle pressed their line further up the field to deny Kierans a platform to build from and, after Hurley sent over a free, they sucked the life out of every effort to respond.

Kierans tried to force the turnover but conviction seeped away as the game slipped into the six added minutes and the result was already decided when Ruadhán O'Connor closed the scoring with the last kick of the game.