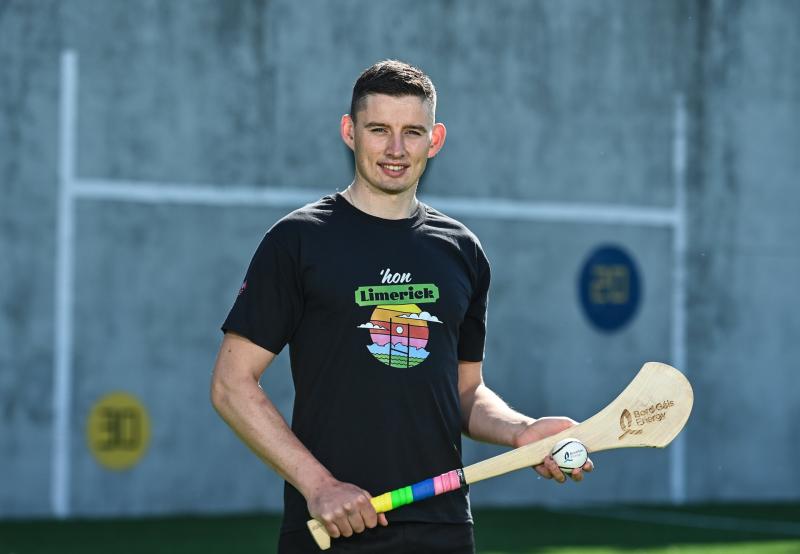 GEAROID Hegarty has stressed their is "room to improve" if Limerick are to continue on the defence of their All-Ireland senior hurling championship title.

Limerick await Galway/Cork/Wexford in the All-Ireland SHC semi final on July 3 in Croke Park and Hegarty has outlined that only a continuing upward curve in terms of performance levels will advance John Kiely's men into a third successive final.

"We are going to Croke Park unbeaten but with loads of room to improve," said the 2020 Hurler of the Year.

"I think we are in a great position for sure - a super position. A position that I would have bitten your hand off for at the start of the year - we are after winning Munster and are going straight into the All-Ireland semi final. I always believe the shortest route is the best route and the one with the least risk. We definitely have loads to improve on - we haven’t had a performance yet which we have been extremely happy with, we have had decent performances so far but we haven’t hit everything we wanted to do so far," explained the St Patricks clubman.

Hegarty was speaking at the launch of Bord Gáis Energy’s ‘State of Play’ campaign to promote allyship and inclusion in team sports.

As part of the campaign, Bord Gáis Energy, sponsor of the GAA All-Ireland SHC, has created 32 limited edition GAA County Pride t-shirts where county pride meets pride in supporting the LGBTQI+ community. The t-shirts are on sale from hairybaby.com for €20 and all proceeds will go to Focus Ireland to support young members of the LGBTQI+ community who are experiencing homelessness.

Hegarty accepted that the role of defending champions ensures Limerick are firmly in the thoughts of all.

"It’s definitely different now than when we were trying to win in 2018. Regardless of who the All-Ireland champion is, that’s the team that everybody wants to beat - there is a target on the All-Ireland champion’s back every single year and we know that because we were in the position before when we weren’t the All-Ireland champion. You know that if you go out and beat them that there is a great chance of you being successful that year. We have always looked at that in a positive light - when we are the ones with the target on our back it’s a positive for us and it’s a privilege because you are the team that everybody else wants to beat and it’s a hard earned tag," he said.

The wing forward isn't concerned about the four week break between the Munster final and the All-Ireland semi final.

"We haven’t had it in 2020 or 2021 but I would say that we learned a lot from 2019 and the four week break but to be honest I think there is a lot made of the four week break. I thought that one of the major benefits of winning the Munster final was that we did get a few weeks break. We could relax for three or four days after the Munster final and then go back into training and have two and a half weeks hard training. We will see but I am sure we have learned from 2019 and we are much more experienced now too - there will be no fear of us," he smiled.

What of potential opponents?

"We can’t be looking past the semi final because that is unfortunately how you can get caught and is a sign of complacency. We have to do our job in the semi final," he stressed.

Limerick are hoping that Cian Lynch can return from injury.

"He is doing well so hopefully he can make good strides and be back hopefully sooner rather than later," said Hegarty of Lynch.

"In my opinion he is probably is the best hurler in the country - if you take the best hurler in the county out of any other county panel or take their best hurler out of their panel and I’m not so sure they would have dealt with it as we did. But we always have the next man up mentality - people are going to go down for different reasons throughout the year so it’s about the depth of the squad and you got to trust the next man up to do his job. Anyone losing a player of the calibre of Cian Lynch is going to be affected - it’s as simple as that and you would be lying if you said you weren’t affected."

It was a Munster Championship full of talking points, with Hegarty often central.

"It was an incredible game. One of the best that I have ever played in for sure - I’ve never seen an atmosphere like that down in Thurles - Croke Park is the only time I can ever remember it being so loud. An amazing one for sure - definitely one of the sweetest ones that we have ever had. Bar a couple of the games in Croke Park over the years it is definitely up there was one of the best for sure," he said of the extra time win in the Munster final against Clare.

And his wonder goal?

"I hope I am wrong but I’d say I won’t score a sweeter one than that. With everything that happened in the previous game before that in the group stage below in Cusack Park it was a difficult enough couple of weeks for me leading into the Munster final because every single person I met wanted to talk to me about the red card incident. I found it mentally draining for two weeks so the week of the game I shut myself off and stayed as private as I could be. I won't forget it."

The group game between Limerick and Clare in Ennis saw Hegarty sent to the line for two yellow cards. Afterwards John Kiely said that Limerick would look to have them rescinded if necessary.

"Sunday evening when I went home after the group game I just wanted to forget about it and move on. It’s something that would have bothered me a lot more a couple of years ago when I was more inexperienced. I say that you can look at every situation as a positive or negative. People only wanted to come up to me and wish me well and tell me that X and Y should have happened and X and Y shouldn't have happened."

His dismissal left John Kiely feeling Hegarty was being unfairly targeted by referees.

"I don’t know to be honest - you would have to ask the referees," said Hegarty, who added it's "not something I will worry about going forward".

He explained: "Just as I have to trust that John (Kiely) and Paul (Kinnerk) and all the lads will have us as ready as possible, and trust that the lads I am going out on the field with that day will be doing their jobs, I just have to trust that the referees are doing their job. You can only control the controllables - there is nothing that can be done about it. It’s up to them to use their discretion to referee the game as best they can and I trust they are going out to do the best job they can. Do I believe that they are trying to go out and referee the game as best they can? I do."