Vincent leaves van Gogh in the shade with his sunflower 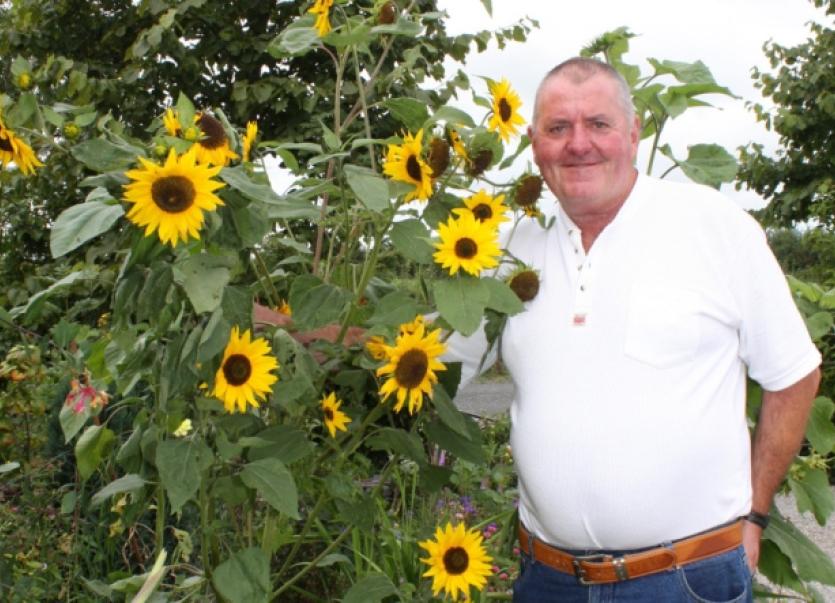 A COUNTY Limerick gardening enthusiast is leaving van Gogh, and all his green-fingered friends in the shade - his towering 8ft sunflower is after producing 55 heads!

A COUNTY Limerick gardening enthusiast is leaving van Gogh, and all his green-fingered friends in the shade - his towering 8ft sunflower is after producing 55 heads!

Vincent O’Dwyer from Carrigeen, Croom sowed the seeds to his floral success last January and six weeks ago they started to bear fruit.

“I counted 55 flowers from the one stem,” said Vincent. “That is very unusual. I have a lot of sunflowers but that is the biggest. They are all one the one stem - there are as much on the back as on the front.”

The sunflower which is located in Vincent’s front garden is already somewhat of a talking point in the local area.

“People are admiring it when they are going up and down,” said Vincent who has been developing the garden since 1982 when he moved out to Carrigeen from High Street in the village.

“I was always fond of gardening and anytime we go abroad during the year we bring home foreign seeds with us.”

However, the seeds which produced the famous sunflower were purchased in Mr Price in Roxboro.

Vincent, who is a caretaker in Colaiste Chiarain, likes nothing better than taking time out in the garden in the evenings.

“I take pride in the garden,” said Vincent. “I am working at the school all day and then you want to chill out. I spend hours in the garden in the evening, hours.”

His wife Nuala also has a fierce interest in gardening.

“She goes out and she spends her time pulling weeds and looking after different things,” he said.