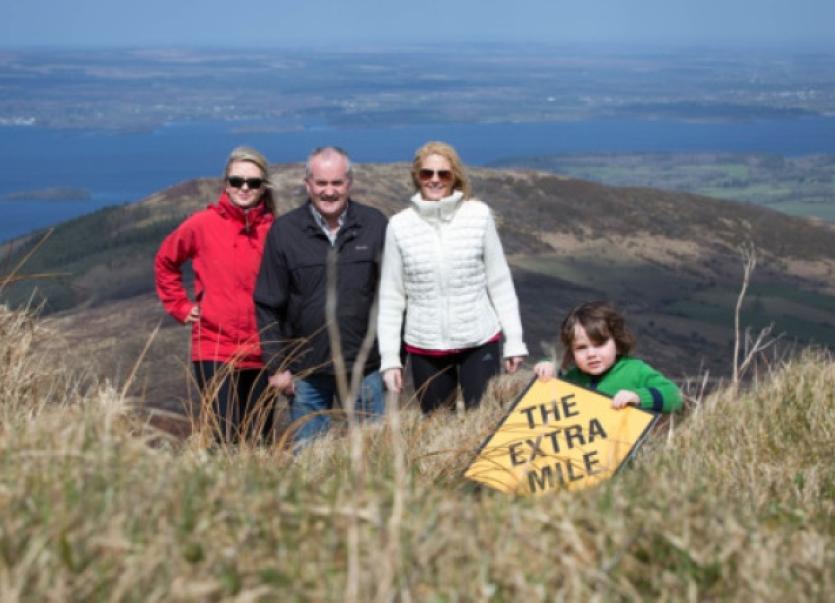 Founder of livestock aid agency Bóthar Peter Ireton has called on those who can manage it, to go the extra mile for the world’s poorest as he set himself a lofty 61st birthday target of walking a kilometre for each year of his life this Saturday.

Founder of livestock aid agency Bóthar Peter Ireton has called on those who can manage it, to go the extra mile for the world’s poorest as he set himself a lofty 61st birthday target of walking a kilometre for each year of his life this Saturday.

Mr Ireton, who last year marked his 60th birthday with a 60km walk, will himself go the ‘extra mile’ – or more precisely the extra ‘kilometre’ - this year to mark his 61st birthday with his 61km ‘Siúl go dtí Seasca hAon’ walk.

All monies raised from the walk will go towards building a creamery in Rusizi, Rwanda in 2014.

Bóthar estimates that it needs €250,000 to cover the cost of construction and machinery for what will be the organisations fourth creamery in Africa.

“It is incredible the impact that a creamery has on a whole community in Africa, much the same as the impact that the creamery movement would have had here in Ireland 100 years ago” said Peter.

“A creamery adds value to and increases the shelf-life of milk, giving farmers a greater return for their efforts and creating a whole economic cycle of employment and commerce in a community,” he added.

Bóthar creamery experts are currently on the ground in Rusizi, working with local community groups who have already received food-and-income producing animals, training and veterinary support from the Irish organisation. “Creameries are the logical next step for the work that we are doing with impoverished families.

“Once their small-holding is more established and the farmers themselves feel more confident and experienced in milking and caring for their animals, we want to help them to take the next step to get the maximum benefit from their efforts. The impact that this planned creamery would have on the whole community in Rusizi would be phenomenal.”

The mammoth walk commences at University of Limerick and takes a 61km route out to picturesque Killaloe, an extended walk around the hills surrounding the village and back to UL.

It is estimated to take approximately twelve hours to complete the journey.

Peter is asking people to sponsor him a suggested €1 per kilometre for the walk and to contact him or Bóthar.

Alternatively, people can join him for the entire or any section of the walk and raise funds for the Rwandan creamery themselves (registration fee for the walk is €35).

Those willing to support in anyway can do so by contacting at pete@bothar.ie or by telephone at 061 338269.