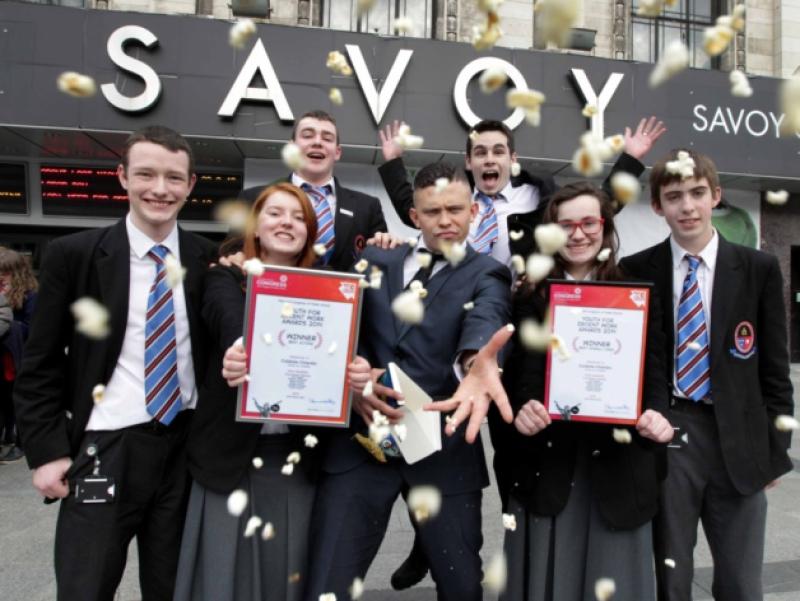 Students in Colaiste Chiarain Croom have won the top prize in a national video competition commemorating the 1913 Lockout.

Students in Colaiste Chiarain Croom have won the top prize in a national video competition commemorating the 1913 Lockout.

The five students - Tiernan O’Rourke, Eoin Hayes, Bryan Lynch and Adam Hannan (all from Croom), Christina Enright from Adare and Aoife Lannon from Ballyneety - made the film as part of the Youth For Decent Work Awards run by the Irish Congress of Trade Unions.

As part of their prize, they will travel to New York and Washington where they will learn about the influence of Irish immigrants on American politics and the American labour movement and they will make a video journal of their experiences.

A similar competition is also being run in schools in New York State, and it is intended that the winning teams will host their counterparts in their home country.

Their film, Something To Fight For, was shot in Bunratty Folk Park and in Croom. It was directed and edited by Tiernan O’Rourke, who is currently studying Radio & Television Broadcasting in Colaiste Chiarain. Teacher Conor Power oversaw the project.

Each entry was submitted to a panel of experts for consideration and was judged on the basis of a number of categories. Shortlisted entries were invited to attend a gala screening in the Savoy Cinema in Dublin hosted by actor/presenter Aaron Heffernan, star of hit TV show Love/Hate.

In addition to the overall award, the team also won the award for best acting in the competition.

Entries from Scoil Ide agus Iosaef in Abbeyfeale and John the Baptist school in Hospital were also shortlisted in the competition.

Colaiste Chiarain had a second reason to celebrate this week when two Transition Year student came home with prizes from the National Newspapers of Ireland Press Pass writing and photography awards.

Emily O’Grady from Fedamore won first prize in the Features section of the competition, while Christina Enright from Adare came third in the Comment & Opinion section. They were accompanied by their teacher Colm Hanley.

About 18,000 transition year students from 300 schools around the country took part in the competition, with the shortlisted students attending the awards ceremony.

The see the winning film from Colaiste Chiarain, go to youtu.be/HWKydw-sgfk