Wildlife brought back to Limerick, thanks to Mary’s efforts 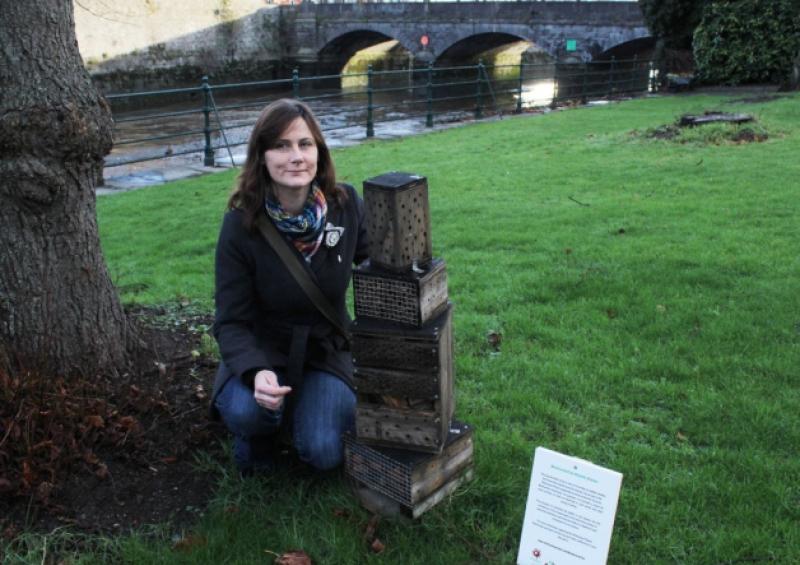 WILDLIFE is being brought back into the city, thanks to a unique biodiversity project.

WILDLIFE is being brought back into the city, thanks to a unique biodiversity project.

Ennis Road woman Mary Conroy has spearheaded the installation of a number of bird and bug boxes in key locations across the city centre.

It is hoped this will heighten people’s awareness of the wildlife which can often be overlooked when living in an urban area.

Mary has bird boxes installed, alongside information plaques at the Hunt Museum, the corner of Sexton Street and Parnell Street, Pery Square, the Potato Market, as well as the Curragower Bar, Thomas Street and the Southill Area Centre.

She also has installed boxes at School House Lane, just off O’Connell Avenue, in collaboration with the South Limerick City Residents Association.

Each box has a sign providing a full explanation of the birds which can be expected to nest in the boxes, and Mary says this is the key thing to help people’s awareness.

Mary has only just started putting up boxes, and says it is still too early to tell what kind of birds will nest.

But she has designed different boxes to cater for different types of birds.

Mary has been able to build the ‘Biodivercity zones’ with support from the environmental department of Limerick City Council.

It comes after she previously ran a wildflower project on the park canal, to educate people of the wildlife on the route to the University of Limerick.

This time, she has had huge support, and has requests from businesses to erect bird boxes.

“It means I think I am doing something right, and I think it is about it being a universal benefit to human kind, that people see it immediately, and are willing to support it. I get emails from people who want these in private gardens, or who want them for their businesses. People seem to understand it - they just get it,” she said, “The bird boxes are fun to make, and I think there is a bit of hope birds will come and live in them.”

In the next year, along with Limerick City Council, Mary intends to open a biodiversity garden in the centre of Thomas Street.