Wildlife at the river’s edge 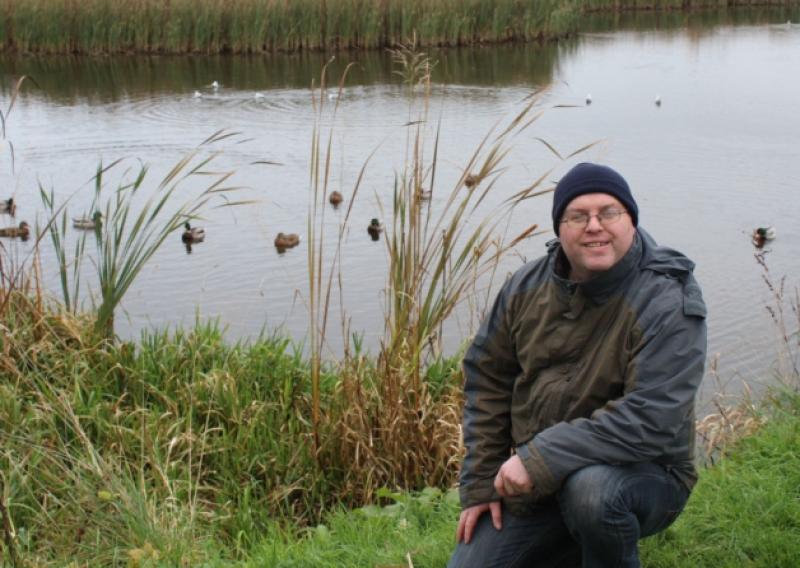 The long winter shadows are stretching along our streets and creeping in through garden gates to greet us in the morning. At this time of year the motivation to get out and about can begin to wane. But for those brave enough to embrace the elements a winter wonderland full of wildlife is waiting to be discovered.

The long winter shadows are stretching along our streets and creeping in through garden gates to greet us in the morning. At this time of year the motivation to get out and about can begin to wane. But for those brave enough to embrace the elements a winter wonderland full of wildlife is waiting to be discovered.

Putting your theory into practice is very important and on a recent cold but dry day I was standing at the junction of Sarsfield Bridge and O’Callaghan Strand and preparing to take the short walk to Westfields nature reserve. People were rushing by clad in an exotic assortment of colourful hats and woolly scarves. Like the river beneath my feet this mass of people surges with the tides, peaking in the morning and the evening. The daily rhythm of the Shannon also has an effect on wildlife.

Earlier in the year House Martins (summer visitors from Africa) had built their nests in holes in the riverbank’s walls. These were located with the precision of an engineer as if they were too low their homes would flood at high tide. Stalactites hang under the arches oblivious to the passage of time and only affected by a massive flood or occasional repairs.

Limerick has been enriched by waves of colonists and hidden in its architecture and more importantly its plants are subtle clues that connect past souls with present city-dwellers. Sarsfield Bridge was built in 1835 by a Scottish engineer, Alexander Nimmo. He based its overall design on Pont de Neuilly in Paris and echoes of the French connection are still very evident today. Growing on the wall is a medicinal herb called Valerian and this comes from the French word Valere that translates as to be strong or healthy.

The tide is at its lowest ebb and even today you could walk across this natural crossing point. Dark muddy pools have formed creating a rich source of food for birds. A herring gull has caught an eel and it slips and slides in a vain attempt to escape its inevitable fate. Mallards dabble in the larger pools searching for food.

I move slowly along the strand taking in the sights and sounds. Boats with tall masts would once have dominated the skyline. Fast forward and these were replaced with developer’s cranes and shiny new buildings now straddle that waters edge. Each generation strips away or adds another layer to the city. Cranes (Grey herons) of a different sort still inhabit the river. They stand motionless and when fish pass by they catch them in their sharp beaks.

The sun comes out and families are out walking or sitting on firm but welcoming seats. A young couple pass by, speaking French but my ‘bonjour’ only gets a funny look and a sharp giggle. I quickly move on and pass beneath the arching branches of the Horsechestnut, Sycamore and lime tree that have grown here for well over a hundred years. I pass a little girl and her mum and ask them if they are looking for conkers, but some things are lost in translation between the generations.

Just before St Michael’s Rowing Club I come to a spot made famous by its recent appearance in the Angelus, just before the main evening news. Bread is still broken here on a daily basis and nature is celebrated and enjoyed by the people of Limerick. The Mute swans are the main attraction and they use the long access ramp for resting and sleeping. Other birds have gotten in on the act and long lines of black headed gulls perch on the railing.

A few mallards wait for scraps and a large flock of feral pigeons pick up the crumbs from the ground. The pigeons also bathe where the water laps against the steps. I presume they receive some indirect protection from aerial predators due to the constant presence of people and the large swans.

One of the richest habitats for birds is where the river meets the land. Mudflats are exposed by the receding waters and these are full off worms and other tasty creatures. The tracks of countless little feet criss cross the mud. These are joined by deep human footprints and I wonder what prey they were looking for today? Herring gulls are washing in fresh water coming from a large pipe and with their evocative calls they bring a touch of the sea to our city.

I pass beneath the bridge but no plants or birds can make their homes on its ultra smooth surface. While Sarsfield Bridge has aged gracefully and has a welcome covering of grey lichens and other plants this bridge will remain raw forever and untouched by the hand of nature. The bump of the traffic is constant above my head and years ago I saw turnstones feeding along this stretch of the river but I had not seen then since.

The path is narrow and densely lined with trees and plants that helps filter out the noise of the nearby traffic. I am not alone for once but I don’t mind as the beautiful smell of perfume for passing walkers mingles with the watery river air. Brambles curl around the base of the trees and ivy climbs up through their branches. Figworth and Dandelions add a welcome splash of colour and a large buddleia bush dominates a sunny spot.

I find a strange mixture of decaying leaves and signs new life. Black tar fungus has formed large spots on sycamore leaves and yet there are signs of new life as catkins are forming on the alder and Hazel trees. The invasive Japanese knotweed has taken over large areas and suppresses all the native plants beneath it. Ash grows in the drier parts and willow thrives in the wetter areas.

In a patch of welcome sunshine a large hover fly with an orange body darts out to defend its territory but quickly disappears when he realizes how big I am. There are only a few birds singing and I hear a robin, some goldcrests and an active flock of long tailed tits.

The peace is shattered by a crashing noise and a man emerges from the deep undergrowth. We chat for a minuet and he had been trying to reach an open stretch of water to catch some fish. I learn that tench and roach are common along here and another piece of the natural jigsaw clicks into place.

I push on and after a few minuets reach Westfields and I am welcomed by the quacking of ducks. This is a precious gem on the edge of the city and for many city dwellers this is probably their first positive introduction to birds. A viewing platform has been built and this is ideal for feeding the birds. Moorhen, mallards, coots, swans, blackheaded gulls, tufted duck and grey heron can be found and enjoyed here throughout the year. These are joined in November by winter migrants that include teal, shoveler, widgeon and pochard.

I stand on the platform and I am soon joined by dozens of begging birds. Unfortunately I have brought no bread and I feel like the boyfriend was has arrived at the door without the flowers expected by his beau. I am soon forgotten and the mallards go back to bathing, splashing cold water over themselves. The blackheaded gulls are also getting their winter plumage and their rich chocolate-coloured head has faded to a small black spot. Just as I am leaving a couple arrives with their son and the birds are soon happily feasting. As I leave Westfields there is an adult swan with two cygnets on the path and three more in the water.

All too soon the sound of nature is replaced with traffic but the new path by the river is well managed and a beautiful wildflower edge has been allowed to grow. I shake the branches of a few oak trees in a vain search for insects, much to the amusement of a passing couple. I only disturb the seeds of the sycamore and they spin through the air like miniature helicopters. Thistles are shedding their fluffy seeds and our Scottish engineer who designed Sarsfield Bridge would be very at home it their presence.

As I return to my starting point I linger for a few minutes on the seats beneath the trees.

The view across the river is captivating and despite its modern façade I spot a simple red-brick building that has survived. This mirrors that wildlife found along the banks of the Shannon and at Westfields. They have survived in a constantly changing world and enrich our experience of living in the city. So if you have a little time to spare today when not spend a few minuets reconnecting with our natural world.

Comments/questions to Albert, who gives walks/talks to schools and community groups. He contacted at albert.nolan@rocketmail.com or 089 4230502.