The road less travelled from Limerick to Dublin 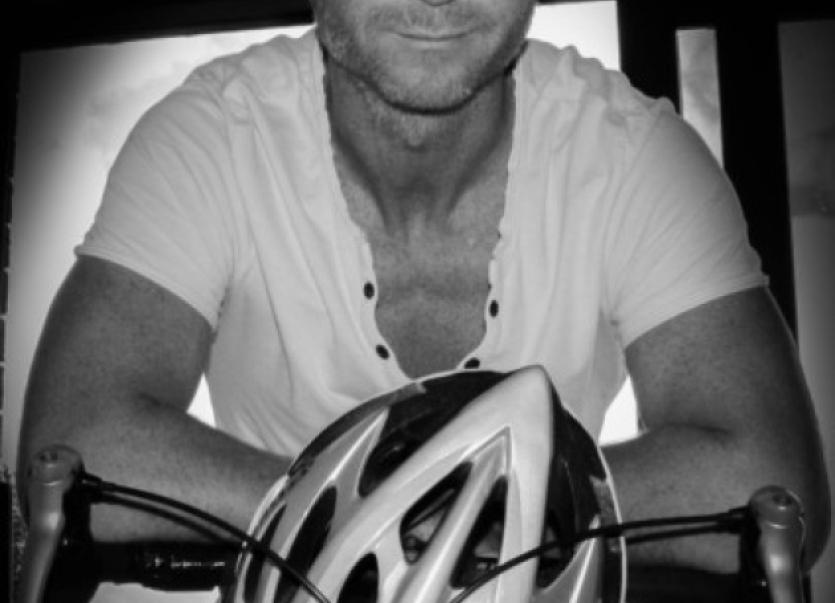 Did you get your kicks on Route 66? But where on this green land of ours may we find our equivalent to that famous highway of yore? Well how about the R445, better known as the old N7, the road that used to be the primary link between Limerick and Dublin prior to the completion of the M7 motorway.

Did you get your kicks on Route 66? But where on this green land of ours may we find our equivalent to that famous highway of yore? Well how about the R445, better known as the old N7, the road that used to be the primary link between Limerick and Dublin prior to the completion of the M7 motorway.

I wondered had there been an impact on the towns and villages of the N7 now that their passing traffic (and trade) had surely diminished?

There was only one way to answer these questions, and that was to travel the road itself all the way from Limerick to Dublin and using only my bicycle as transport.

So at 6am on a calm Saturday morning in August I left my home in Raheen to begin my 120 mile ride to the capital city; to see and breathe the old highway.

Down the Dooradoyle Road and Childer’s Road and up through Castletroy then crossing the bridge at Annacotty where the weir side buildings were warmly illuminated by the rising sun.

The R445 rose out of the Shannon basin into quiet countryside between the Silvermine and Killaloe hills and the lack of any other traffic at all meant I could hog the middle of the lane choosing the smoothest line of asphalt.

Stopping in Nenagh town centre for refreshment at 8am I was impressed at how well the town looked, there didn’t seem to be any M7 hangover here.

What didn’t impress me was the road signage. It had led me astray and I encircled the town for half an hour and through a heavy downpour before finding the correct exit to Toomevara, my spirits as well as my attire had been dampened.

But when the sun returned it was accompanied by a friendly south westerly and my spirits quickly dried as I whizzed through the sleepy village of Toomevara.

At Moneygall coaches were parked amidst the stars ‘n stripes and tri-colours that lined the street. Young Spanish tourists posed for photos beside the brass plaque commemorating the visit of Moneygall’s most famous descendant

The small Offaly town may have lost its N7 passing trade but it had gained a U.S. president and plenty reason for folk to visit.

The pretty hamlet of Dunkerrin heralded the first aches in my legs, they were telling me that were ‘done caring’ as the seeds of doubt about my fitness were sprouting. What I needed was a pick-me-up and it came in the guise of four riders of the North Tipperary Wheelers cycling team. They passed me at speed and feeling slight pity they adjusted their momentum to allow me to slot in behind and gain a virtual tow at which point they slowly picked up the pace again.

I held onto their coattails for the best part of an hour as we rounded Roscrea and at last stopped in Borris-in-Ossory for refuelling. At that point 3 of the Wheelers departed in the direction of Birr while the other rider, Mikey, like myself was heading to Dublin.

Mikey was seven years my junior and a faster rider but he politely stayed at my speed as we ventured on into Laois. As we conversed the kilometres slipped away swiftly and I was glad for the company as we passed through the seemingly flourishing towns of Mountrath, Portlaoise and Monasterevin where we stopped for another well-earned pit-stop.

Onwards into Kildare, Mikey dismounted to take a phone call but he urged me to continue and that he would catch up with me. So I rode alone again through the towns of Kildare, Newbridge and Naas.

There was a time that of an afternoon as this that these towns would have been chockablock with the noise and pollution of gridlock, instead the streets were filled with happy shoppers and the only noise came from eager revellers awaiting transportation to Punchestown for the Oxegen festival.

These bustling Kildare towns were floral and clean and obviously thriving, like many of the towns and villages I had visited today and it occurred to me that instead of the N7’s demise being detrimental, the M7 acted like a cardiac bypass had rejuvenated and regenerated these places to a far nicer healthier place indeed.

Mikey eventually caught up as we merged with the M7 at the only existing part of the old N7 - the Naas dual carriageway. Ferocious multi-lane traffic encouraged us to increase our pace and before we knew it we were descending the Liffey valley into the city.

As urbanization encompassed us Mikey had to take another call, although he suggested he would once again catch up with me he never did. The flow was too quick and I had to keep up pace with my surrounding traffic if for nothing but safety. I never got to say goodbye and thanks to Mikey for his company.

Through Newlands cross, navigating the Red Cow interchange took guts and then swooping alongside the River Liffey and across from the Phoenix Park past Heuston station and crossing the Liffey at Frank Sherwin Bridge at 3pm.

I stopped to soak up the atmosphere of our capital city and bathe in the achievement of the 200+km cycle.

I returned to Heuston and boarded the train home to Limerick. The trip gave me time to rest and reflect on one of the most enjoyable days on a bike a can remember.

I’ll do it again one day, and so should you, whether it be by bike or by car I urge you to take a trip down memory lane on the road less travelled and rediscover it’s charms.

We might not be able to get our kicks on Route 66but you might find heaven on the old N7!