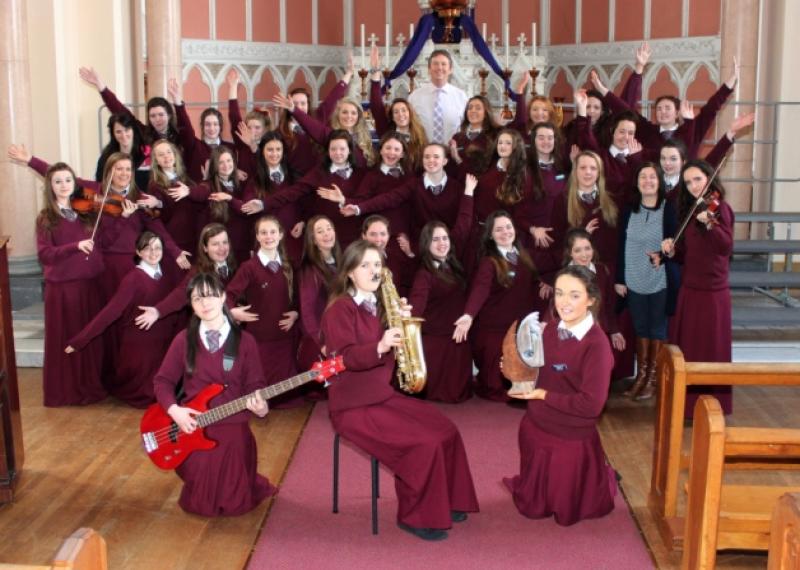 STUDENTS from Laurel Hill Secondary School have landed another All-Ireland title - this time in the arts.

STUDENTS from Laurel Hill Secondary School have landed another All-Ireland title - this time in the arts.

A large group of students from the South Circular Road school travelled to the Briery Gap Cultural Centre in Macroom, Co Cork, to take part in the Annual All-Ireland drama festival.

They performed a musical, featuring five songs, including ‘Girls just wanna have fun’, ‘Walking on Sunshine’ and ‘Survivor’.

Now in its 14th year, the competition is aimed at encouraging the artistic skills of students during the non-exam year.

And students at Laurel Hill beat their contemporaries from 30 other schools to land the All-Ireland title in the Light Entertainment section.

It now sits proudly next to a debating title the school won last month.

Their teachers Suzanne Craven and Anne Lawlor were delighted at the win.

“I just could not believe it. We knew they had the talent, but at the same time, there was such a variety of acts. Until you hear your name being called out, you are never quite sure. So we were delighted,” Ms Craven told the Limerick Leader.

Ms Lawlor added: “They were full of energy. They really enjoyed what they were doing and just went for it.”

The students were judged on their choreography skills, as well as vocals, humour and best soloist.

She said: “It was an amazing experience: it felt so good when our names were called out, especially as we had not won other prizes. I would love to be doing more stuff like this.”

Principal Michael Cregan said their win balances the school’s fortunes out well between academia and sport.

“Last year we won two All Ireland’s in camogie. But to win the All-Ireland’s for academia I think is fantastic,” he explained, “The teams were absolutely excellent. There was a lady down there who said Laurel Hill will win. I asked her why she said that. She said ‘When you see them lined up on stage, even the person at the back is focused.’”

Also taking part in the Light Entertainment section of the competition were Ardscoil Ris on the North Circular Road.

The founder of the festivals and manager of Briery Gap Ann Dunne said: “The festivals have grown from strength to strength over the past number of years which has been reflected in the number of entries received and the extraordinary level of talent seen on the stage over the preliminary rounds and the finals themselves.”