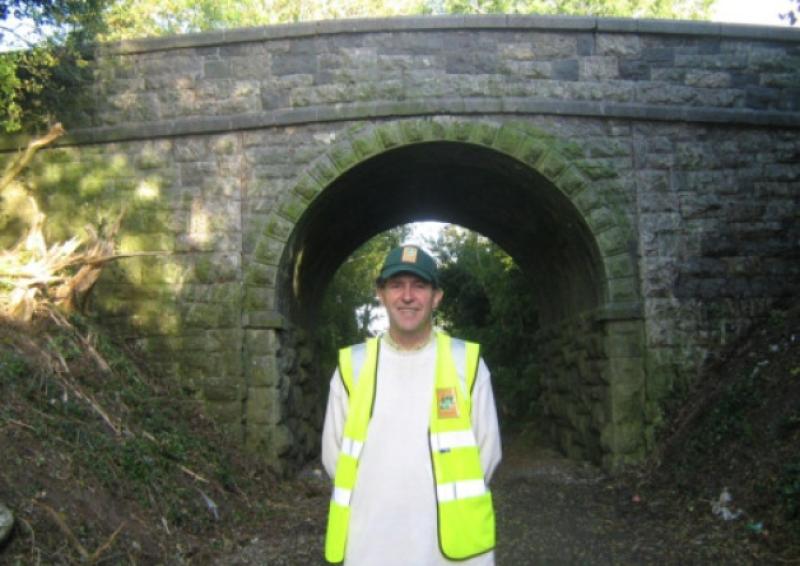 KERRY County Council has invited submissions from the public on its proposal to extend the Great Southern Trail from the Limerick border as far as Listowel. This Wednesday is the cut-off date for these submissions in what the council is calling a consultative exercise but a more formal, statutory process is expected to follow at a later date.

KERRY County Council has invited submissions from the public on its proposal to extend the Great Southern Trail from the Limerick border as far as Listowel. This Wednesday is the cut-off date for these submissions in what the council is calling a consultative exercise but a more formal, statutory process is expected to follow at a later date.

Meanwhile, Kerry County Council, in conjunction with Listowel Town Council, have revealed the outline of their plan to develop the disused railway line from the Limerick/Kerry boundary to Listowel. The plan will involve a three-metre wide tarmacadamed surface running for ten kilometres from Rathoran on the border to John B Keane Road in Listowel and onwards to the town park and the town centre.

And in promoting the plan, Kerry County Council has said it “has the potential to become a valuable recreational, economic and social resource for the area”.

These developments have been warmly welcomed by Liam O’Mahony, chairman of the Great Southern Trail Group which has spearheaded the transformation of the disused railway line from Rathkeale to the Kerry border into a walking and cycling trail over the past two decades.

A little over a year ago, there was a stand-off at the Kerry boundary as some locals demonstrated their objection to the trail proposal. But since then, according to Mr O’Mahony, a claim to the land has been withdrawn.

“This is publicly owned land,” Mr O’Mahony said this week, adding that it made perfect sense to extend the 39kilometres of the Great Southern Trail even further. The group’s ultimate objective is to see the trail extend to Tralee and to Fenit.

“We understand that Kerry County Council has applied for funding and that an announcement is due shortly,” Mr O’Mahony continued. The Kerry proposal was up against 37 others, he explained, but he was hopeful it would succeed. “The Minister for Transport, Leo Varadkar said this time last year that he wanted longer trails and trails connecting centres of population.”

The Great Southern Trail Group, in its submission to Kerry County Council, pointed out that the 39-kilometres of existing trail were included in the national trails network. They also pointed out that the trail was part of Euro Vélo Route 1, one of 14 European long-distance cycling and walking trails.

Mr O’Mahony said he hoped people had taken the opportunity to make their views known during the consultation process. But he added that some people were “still playing the same tune” as 20 years ago, hoping to stop the proposal. This was in sharp contrast to other parts of the country where people were “clamouring for funds” to develop trails and greenways.

His hope is that the plan in Kerry would not be delayed or held up by local vested interests as had been the case in Limerick.