Monster €5,000 must be won at County Limerick GAA club’s bingo 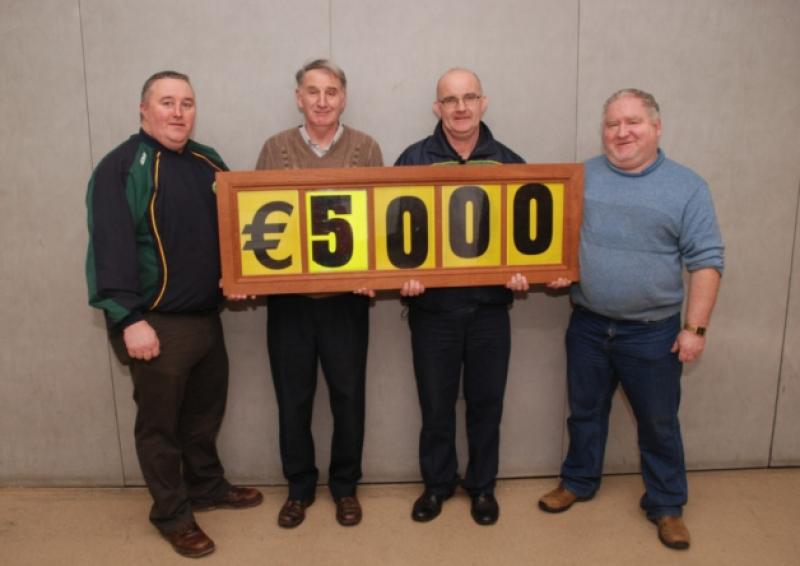 BINGO players could be in the money in Cappamore on Sunday as well as supporting their local GAA club when €5,000 is up for grabs.

BINGO players could be in the money in Cappamore on Sunday as well as supporting their local GAA club when €5,000 is up for grabs.

At 3pm in the community centre pens will be poised to help Cappamore GAA club get the ball rolling on the club’s plans to develop their facilities.

Liam Hammersley, club secretary, says €5,000 will be given out on the day.

“It is one of the biggest bingo prize funds in Cappamore in recent times. It is an extension of our fundraising efforts and we want to involve all of the community in Cappamore. We are hoping to get a good crowd and all the parents of the younger kids, which the development will eventually be for, will support it on the day,” said Liam.

And you don’t have to be an expert to join in.

“You don’t have to have played bingo before. Single books are €10, a double book for €12, single jackpot and double jackpot €2 and €3 sheets. We will have 10 games - a line for €50, two lines for a €100 and full house for €250. We will have a monster raffle with hampers and spot prizes too,” said Liam, who adds that the car-park is supervised.

Between the GAA and camogie club they are filling 23 teams a year from under sixes up to 40 year-olds.

“It is also about promoting the club and letting more people know that we are there. A lot of people have moved into Cappamore and to make them aware there is a GAA club and get them involved. The facilities are there for all to use,” said Liam.

Sunday’s Monster Cappamore GAA bingo is just one component of their fundraising efforts. They have also started a club lotto.

“It is going very well. We are getting great support from locals, hopefully if we can keep this up we can start development of the club sooner than we thought. The lotto is up to €4,200,” said Liam.

They got off to a great start with a €1,000 donation each from Michael Leonard, of Centra Cappamore and Doug Howell, of Cullen Insurance, Newport.

The regular Cappamore bingo recently celebrated their 40th anniversary and have secured two tickets for Garth Brooks which will be included in a raffle on Thursday, March 13.