Limerick’s Lisa is living the dream in Dubai 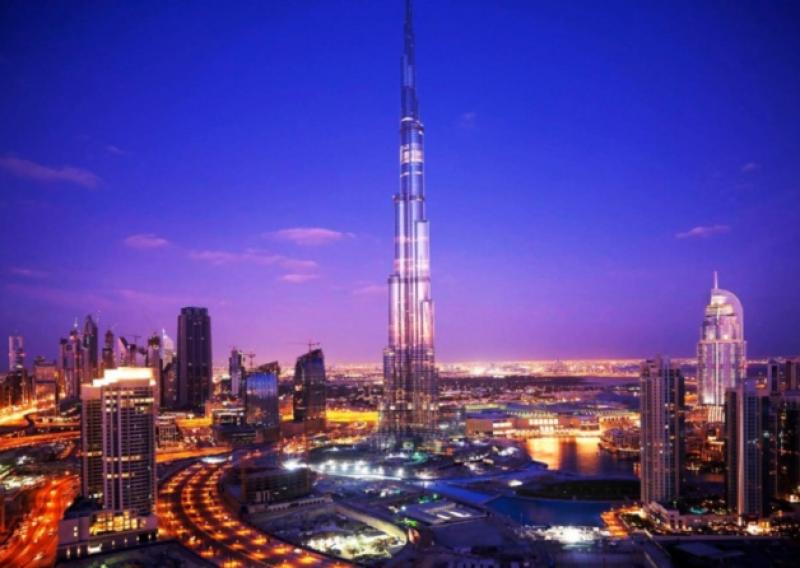 LIKE every young student who ever got sidetracked tracing countries on a school globe, as a child in Mary Queen of Ireland national school, Lisa Linehan’s mind would wander to an older version of herself – to a young woman taking in the sights, sounds and smells of exotic far-flung places.

LIKE every young student who ever got sidetracked tracing countries on a school globe, as a child in Mary Queen of Ireland national school, Lisa Linehan’s mind would wander to an older version of herself – to a young woman taking in the sights, sounds and smells of exotic far-flung places.

From very early on in her life, the Caherdavin native had her heart set on becoming an air hostess.

Her dream came true – she works for one of the leading international airlines, Emirates.

After finishing school in St Nessan’s Community College, Lisa went to Australia for a year. When she returned home, she knew she was in trouble – she had been afflicted with the travelling bug.

The opportunity came up to work for Emirates and before she knew it, the travel-hungry hostess in waiting was on a plane to Dubai.

Lisa joined Emirates in January 2007. Having heard so much about its tropical desert climate, the then 21-year-old was surprised to find it “fresh” when she touched down.

“I was wondering what was the big deal about the hot weather in the Middle East,” she smiles.

But, needless to say, “it was beautiful”.

New recruits with Emirates are afforded a few days to get their bearings, get acquainted with the place and most importantly, enjoy some beach time.

“It was fab,” Lisa recalls of her initial overall impression. “It was huge to me. I loved it but it was very daunting because there is no town here like back home. It’s all mall based. That part I found strange but now it’s just normal. I quickly adapted.”

The hardest thing was being away from her family, but Lisa considers herself “very lucky” to be a citizen of a small but significant Limerick community.

“My sister Andrea was living in Muscat, Oman - the country below the UAE. That was great because I was able to see her on a regular basis.”

“There are a number of Limerick women here and it’s increasing all the time. I have five or six close friends from Limerick, who were living five minutes down the road from me back home. They are recruiting a lot of people from Limerick,” she remarks.

As a member of the Emirates cabin crew team, Lisa gets a monthly work roster.

Generally, each month offers something different in terms of destinations. “We get eight days off. However, you can have a lot more days depending on your flights,” she explains.

Cabin crew members have to clock in two hours before the departure time. “We sign in and all meet to have a briefing which allows all the crew to meet each other and discuss the flight.”

“Then we will head to the aircraft and prepare it until customers arrive.”

While the passengers are used to seeing the air hostesses all bright eyed and bushy tailed, the long haul flights can take their toll. The length of the flight dictates whether the air attendants will have rest while on board.

“A long flight, for example to Melbourne, would be 15 hours so we would have rest on board - three and a half hours sleep. We have beds upstairs.”

“I just got my roster yesterday for March and I’m very lucky because I have two Dublin trips - one of which is on St Patrick’s Day. I also have Nice in France, Birmingham and then a few local turnarounds in the Middle East.”

As destinations go, Nice must be nice?

“We stay right on the beach and it’s fabulous,” Lisa enthuses.

“We will get 24 hours in Nice. Emirates are great - they put us up in beautiful hotels. They treat us really well. There is an allowance for every destination we go to which would be in the currency of the destination, so we wouldn’t have to use our cards or spend our own money. They have that all sorted for us.”

In her seven years at the airline, Lisa has met a few famous faces. Out of respect for privacy however, she resists the temptation to drop names.

“We have been very lucky to have some amazing people travel with us. Hollywood people, sporting stars and business people - you name it, we have had it,” is as much as she will say on the matter.

While they are renowned for their ultra-modern aircrafts, for many, it is the air hostesses’ uniform which is most associated with the Emirates brand.

The elegant and distinguished below the knee tailored beige suit, topped off with a striking red hat and white draping veil, is conservative while at the same time tres chic.

“I don’t want to sound biased but I actually think it is one of the nicest uniforms,” says Lisa. “It is elegant and classy and I think the colours suit most people with the red. The guys’ uniform is very sophisticated and elegant as well.”

While she does miss Limerick, “my home”, she is fortunate in that the job affords her the opportunity to get home “quite a lot”.

Her mother Audrey lives in Limerick, while her dad Gerry is in Cork and her brother Chris is in Scotland. As part of the Emirates cabin crew team, Lisa stays in a “gorgeous” two-bedroom apartment in Dubai.

The city’s eclectic mix of cultures combined with its traditional values and modern landscape makes for an interesting place to live. “There are 150 nationalities living in Dubai as of this year. You can have any lifestyle you choose here - it’s very glamorous but if that’s not for you, there is plenty of other stuff to do.”

The Dubai dress code – whereby in public everything from the shoulders to the knees should be covered - is not a problem for Lisa.

“Be respectful,” she says, “You are in their country and they have a different culture. It’s what they believe in and they believe we should be respectful of our bodies and cover up and I completely agree with that. I’m happy to abide by that.”

In her seven years flying with Emirates, Lisa says she has never had to deal with an extreme passenger. “I have been very lucky with all cases - I have had very smooth flights. Let’s hope that continues.”