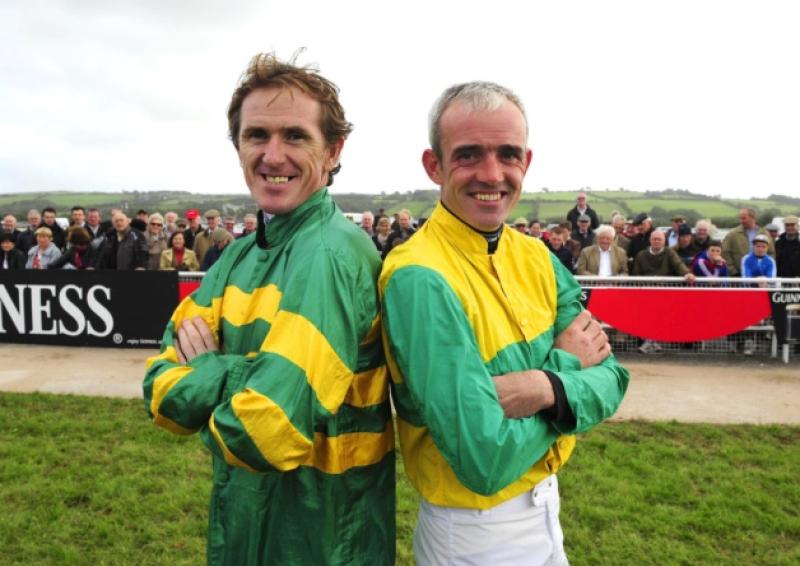 A “HIGH level” charity race day is ready to take off at the Limerick Racecourse next week, in aid of Croom’s famous jockey JT McNamara, who suffered injuries at the start of the year.

A “HIGH level” charity race day is ready to take off at the Limerick Racecourse next week, in aid of Croom’s famous jockey JT McNamara, who suffered injuries at the start of the year.

Also in aid of popular jockey Jonjo Bright, the Patrickswell venue will open its doors for the occasion on Monday, October 14.

JT McNamara, 37, fractured two vertebrae when his horse - Galaxy Rock - fell during a race at the Cheltenham Festival, on March 14.

Limerick Racecourse manager, Russell Ferris told the Limerick Leader that €50,000 was raised through the Association of Irish Racehorse Owners, where each owner contributed €100 for their colours to be featured on the racecard.

“It has really gained and galvanised all the support from the equine industry. And it’s a real testament with all the money that has been raised since the beginning.”

Mr Ferris said there has never been a race day like this at the venue.

The manager praised the public for their “overwhelming” support and added that the equine community is like no other sports community.

“It’s so communal and it’s great what the jockeys are doing for the cause. Though it is a very competitive game on the field, they all know each other and they travel around with each other. “And they know the risks of the game and they know that it could happen to them. That’s why there’s this sense of camaraderie,” he said.

Renowned jockey John Thomas McNamara was recently transferred from the Mater Hospital, Belfast, to the North West Regional Spinal Injuries Centre, in Southport and Ormskirk Hospital. He will commence rehabilitation for his injuries there. See Sport for more.