Malin to Mizen cycle to assist in cancer detection 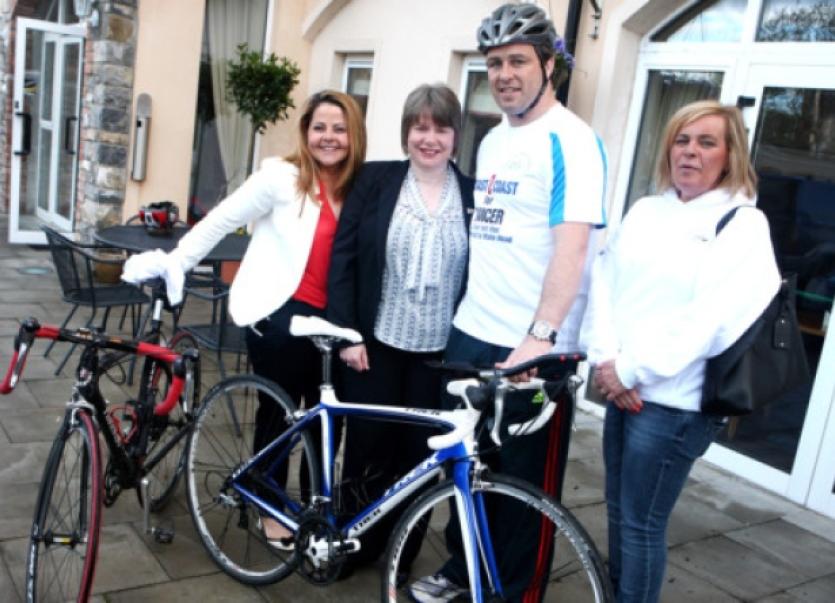 CYCLING may not be their sport of choice but former Munster and Ireland rugby star Marcus Horan and marathon runner Gerry Duffy got on their bikes to launch a 24-hour non-stop cycle in aid of cancer research.

CYCLING may not be their sport of choice but former Munster and Ireland rugby star Marcus Horan and marathon runner Gerry Duffy got on their bikes to launch a 24-hour non-stop cycle in aid of cancer research.

As part of the charity endeavour, five cyclists will travel from Goleen, Mizen Head in County Cork to Slievebawn, Malin Head in County Donegal creating awareness of cancer the length of the country on their way.

They will cover 637 kilometres, all in the space of 24 hours.

The cycle entitled Coast 2 Coast 4 Cancer, is the brainchild of Aaron Dennehy from Kilbehenny who lost his dad Sean to pancreatic cancer late last year.

“On October 30 last year, my dad, Sean, died after a very short illness, pancreatic cancer. We were left with a lot of unanswered questions, and a huge sense of loss and anger about the lack of a cure for this horrible disease,” Aaron explained at the launch in Deebert House Hotel Kilmallock.

“We watched my brave dad fight this disease with huge determination and courage and this inspired me to take on a challenge, to raise awareness and funds for such a worthy cause.”

Sean – a father-of-three who was married to Kathleen spent his last days under the care of the staff at the Mercy Hospital in Cork who Aaron said were “fantastic”.

Funds raised will goes towards cancer research at the hospital.

“I said to myself I need to give something back to this hospital and in doing that I said I would also be creating awareness of pancreatic cancer and subsidising in some small way, the funding towards an early detection method for pancreatic cancer,” continued Aaron who will take part in the cycle himself. The other cyclists taking part include Will Whelan from Kilmallock, Helena Dornan from County Antrim, Brian Canty from Cork and Noel O’Leary from Cork who is now living in Dingle.