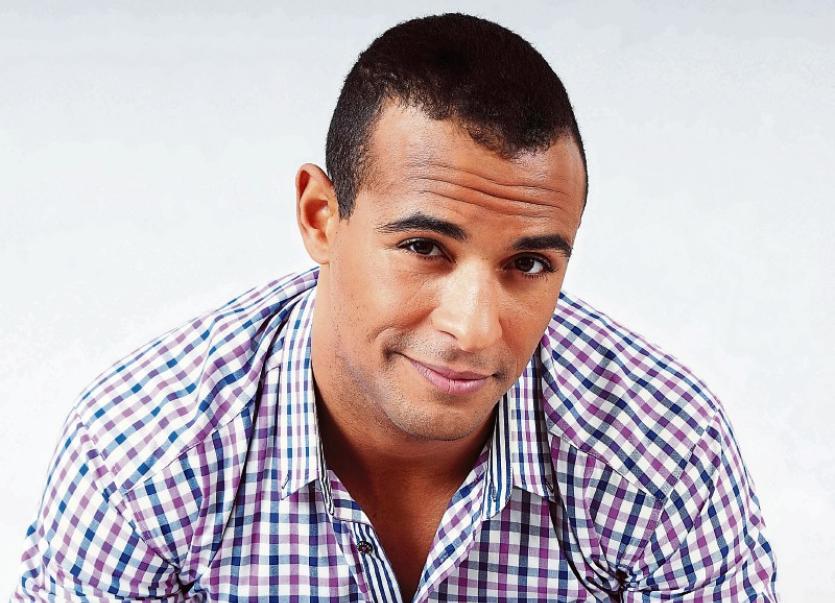 Hello everyone.
In recent weeks I’ve spoken with people from different sectors in the beauty, lifestyle & aesthetic industries. It was interesting to hear their thoughts especially relating to the issues caused as a result of Covid-19.
This week I had a chat with Kamal Ibrahim who many people will know from being on our TV screens presenting the National Lottery every week. Kamal also has a production company called Giant Studios that collaborates with many businesses including those within the beauty industry.
- Agnieszka Orlowska Duggan

Hi Kamal, I know many people will know you from hosting the National Lottery every week but can you tell me some more about your work outside of presenting?

Yes I think most people would know me as a television presenter particularly from hosting the National Lottery but the funny thing is that the presenting only makes up about 30% of what I do these days. I spend the majority of my time running my production company, Giant Studios.

Who are Giant Studios?

About 5 years ago I started a small production company out of my apartment in Dublin which was then called Reelscreen Films. Back then it was just me, my Canon 70D camera and my laptop and I was doing videos alongside my TV work. I was making music & dance videos, corporate & promo videos and also independent films. Flash forward to January 2020 and Reelscreen was now operating out of a 200 sq meter facility in Dublin with a freelance team of 5 people, a dedicated editing suite, a new flagship cinema camera and a stock of impressive production equipment that we picked up along the way. My goal was to evolve into a high end commercial agency capable of big budget productions and in March this year, to help evolve the company I went into a partnership, re-named the business to Giant Studios and was just about to invest in a new studio production facility when Covid19 hit. So its safe to say a lot has happened over the last few years :-)

Kamal, you first came into the national spotlight when you won Mr. World in 2010. Can you tell us about your journey since then?

I can’t believe its been 10 years already. Winning Mr. World was undoubtedly a turning point for me. It brought opportunities and experiences I never would have had whether it was travelling the world, presenting shows overseas or working with so many organisations around the world. I could write a book just on what I saw and learned in those years and the impact it had on me but for now lets just say that the journey was much like a rollercoaster both emotionally and professionally. The journey was full of excitement and heartache, plenty of opportunities but even more disappointments. I really had to grow a thick skin and I learned to set and manage expectations although I’ve also had some of my best career highs through all of that.

What was a typical day like for you before Covid 19?

Well you would think that working for yourself gives you plenty of freedom, and it does, but not in the way you think. I was always busy, always had somewhere to go and would work almost everyday. Even days off still included emails or some sort of planning for a shoot or a trip. Just before Covid-19 my average day looked like this:

Like so many other businesses ours was hit quite significantly. All production stopped on March 13th, the same day the schools closed. I found the first two weeks particularly difficult because I went from a hectic schedule to a complete stop. No work, no gym, no going anywhere! I had no daily routine for the first few weeks. I was just at home trying to take it all in. I was just going from my couch to my room to the kitchen and back! To be honest, I don’t do well when I’m not being productive and when I’m disconnected from people for too long so it wasn’t a great couple of weeks. Now though, thankfully, I’ve worked a simple routine for myself involving getting out for walks and exercise, studying and I’ve all the time in the world to fall back in love with flying which has always been my passion so I’m delighted to have the time to focus on that while we wait to get back to work. I also have to say that I am very fortunate with the Lotto because we’re still hosting the draws so come July when I’m back on air I'll be including that in my schedule too.

You have collaborated with many businesses in the beauty industry, producing video testimonials, online company profiles and case study videos. Have Giant Studios noticed a different approach from their clients in the beauty business since Covid-19 began?

Although I haven’t been commissioned on any work yet I can tell you with confidence that yes there definitely is a reaction from all types of business from a marketing and communications perspective and its both good and bad. On the positive, in general, all content currently being produced is taking the form of text based or animated videos or re-editing old videos. Also, a lot of small businesses are adopting a 'homemade video’ approach which costs nothing to do and I think these work great given the current situation because they are incredibly relatable (depending on the business of course). The downside is that live action filming as we know it is dead for the foreseeable future and when it does return social distancing rules mean it's going to make the job very awkward and difficult. I’m genuinely worried about the impact that will have but that's really a topic for another conversation. For many of my clients in the health and beauty industry it really is a case of holding their breath and trying to get a clear picture of what their businesses will look like in a couple of months so I’m not sure that advertising is on the top of their list.

Do you believe there will be a greater emphasis for online business and courses in the beauty industry and is this a positive step?

Eventually I think we will return to what is normal albeit with a few tweaks but for the immediate future yes, there is and will continue to be a huge push for businesses to go online and remain online in some capacity even when we go back to normal. Online training courses does work for the beauty industry but not as a stand alone permanent solution. From what I’ve experienced there is so much skill involved in beauty that to become the best you have to learn from the best and as much as possible that should be in person. Live training can be supported by online courses for sure.

What advice have you been giving your clients?

I’ve only had sessions with a handful of my clients, all of them small and medium sized businesses. For the ones that are temporarily making their own videos I’ve been doing simple zoom based workshops to explain basic filmmaking principles to assist them and for our bigger businesses that have an established brand identity I’ve been having conversations around how to produce content that is in line with their identity. Authenticity trumps perception every time so I caution them against putting out content for the sake of it.

As somebody who is frequently in the public spotlight you obviously have to look after yourself. Have you any tips for my male readers?

Absolutely and as someone who is always in the public eye I can tell you that so much of it is rubbish. There are two things that matter the most - your state of mind and your physical health, after that everything is a bonus. Eat well, rest and exercise. Believe in your own abilities and surround yourself with people you love and trust and build everything from there. There is nothing more attractive on a man than manners, ambition and confidence. Your clothing and your style is just that and no matter what you choose to wear remember it's the man that makes the suit not the other way around. The one thing I will say though when it comes to beauty in particular for any men that use salons, or have treatments, is if you’re gonna do it, do it right. Don’t skimp on the service - to borrow a well known phrase, men you’re worth it too.

What are your thoughts about the increasing popularity of aesthetic procedures?

I think the world of aesthetics has its place. For some it is a critical and life changing service. I’m thinking of the women who have used permanent makeup to recreate their areola after breast surgery, or men who have used scalp pigmentation to combat balding, or the people who have removed or hidden their scares using micro-pigmentation - it truly is life changing. I’ve also seen how you work which is to enhance people's natural beauty as opposed to just covering them up with PMU. I think the world of aesthetics its getting better and more accurate and there’s a big future for it indeed.