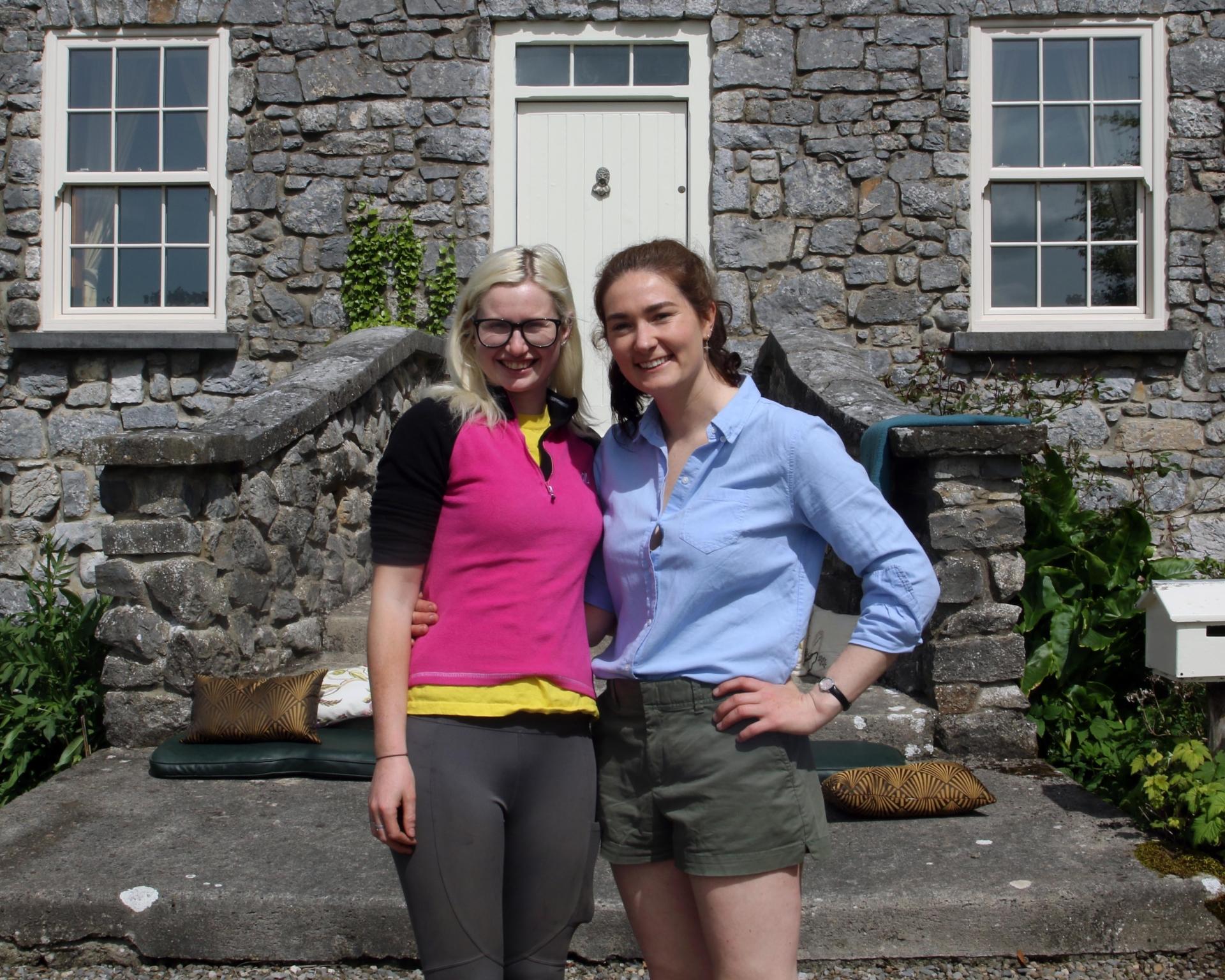 OVER €1,000 has been collected for good causes at a charity bake sale and farm nature walk in Croom.

It was hosted by farmers Hannah Quinn-Mulligan and her grandmother Catherine. The monies raised will be shared between mental health charity Make a Moove; bereavement charity Embrace Farm and Cancer Research Ireland.

"The community support was unbelievable and we were blown away by the level of support from neighbours and the people of Limerick," Hannah told Limerick Live.

"We had no idea what the turnout on the day would be like but we were very lucky with the weather and well over 50 people turned up. Granny in particular was very nervous that people wouldn't turn up so she was thrilled to see such a crowd.

“There was a great sense of community spirit with everyone relaxed and enjoying sitting on chairs and straw bales in the yard, drinking tea, eating cake and catching up with friends and neighbours. We were hoping to raise about €500 so were amazed when we did a final count at the end of the day to find we'd raised €1,040!,” she added.

On a personal level, Hannah and Catheine expressed how lovely it was to see the interest of young children in the farm, with some of the children helping Hannah to feed the hens and ducks and collect eggs on the day.

"Children, whether they're in rural or urban areas are part of the future of farming and it's important that they know farms are friendly places where animals are taken care of. For many of the children this would have been their first experience of collecting eggs that they'd usually only see in shops and it was wonderful to be able to give them that experience,” said Hannah.

The three charities chosen are important to the physical and mental health of farmers and people in the rural community, she said.

“Some 25 farmers take their own lives every year and we want to make sure that farmers know that help and support is available to them. The next step now will be to get on the bike next week and complete the 670km charity cycle from Mizen to Malin head as part of the Macra na Feirme challenge organised by the Munster vice president Elaine Houlihan. We might have to get some motors for the bikes but I'm sure we'll manage it," joked Hannah.