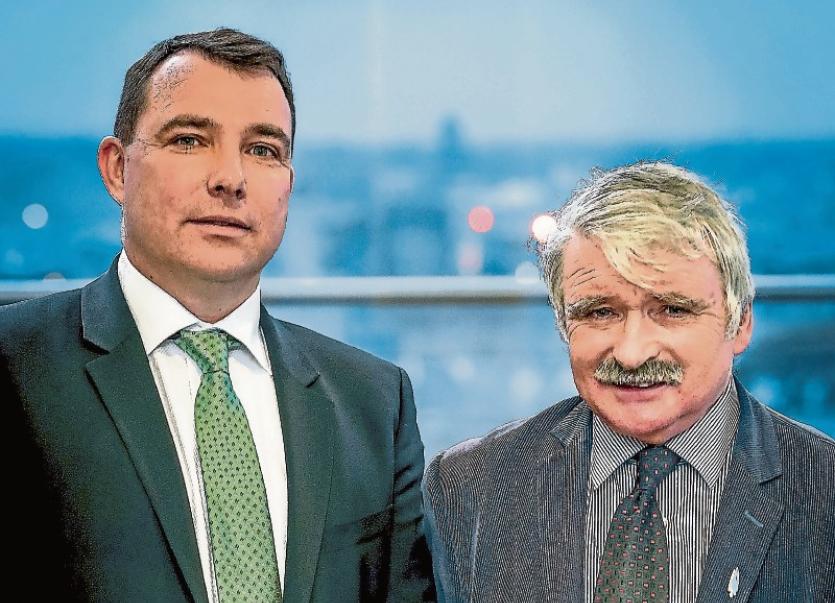 THE general election campaign may only be days old but cracks are already beginning to appear on the city Fianna Fail ticket.

While former Defence Minister Willie O’Dea is publicly towing the party line in officially requesting his supporters to give their second preferences to his running mate, first-time Dail candidate, Cllr James Collins, a number of well-placed sources have indicated there isn’t “any great love” between the pair.

And while he may have stopped short of endorsing another candidate, close associates of the veteran TD are suggesting that he is playing up his friendship with Independent Frankie Daly on the doorsteps.

“It’s something I’ve heard on a number of occasions myself. It’s been said. Frankie Daly will be picking up number twos from Willie,” said a political confidante of Mr O’Dea. “If Frankie comes in on Willie’s surplus and not Willie’s running mate, I wouldn’t be surprised.”

When contacted by the Limerick Leader this week, Mr O’Dea insisted he was urging voters to continue their preference for his party colleague.

But, another of the 2016 general election polltopper’s long-time supporters said: “Willie will be Willie at the doors, and will ask for number ones, and he couldn’t care less where his number twos go,” another source added. “I’m sure given the choice, he’d have no running mate.”

This comes with the Soldiers of Destiny running two people locally for the first time in a decade. The party’s top brass hope the party gets a second seat in the ultra-competitive four-seater, a move which many feel could pave the way for a return to power. ​ Another source indicated the prize for Mr O’Dea bringing in a second candidate would be a seat at the cabinet table if Fianna Fail did return to government buildings after February 8.

The entry of Cllr Daly – who received a huge personal vote the council election – has left the race in the City wide open, with 11 candidates already declared, and more likely in the days to come.

Political commentator Diarmuid Scully of the University of Limerick meanwhile, has warned of a “miserable” election campaign.

Separately, hundreds of people could miss out on a vote, unless they act to register by next Wednesday, January 22.

It comes in spite of the fact many people have registered already – but due to the early date of Election 2020, the new register won’t become valid until February 15.

Sinn Fein candidate Maurice Quinlivan has urged Limerick Council to be “proactive” in helping ensure as many people are able to vote as possible.

“The councils can put people who have applied onto the supplementary register. I’m asking other councils to do it as a matter of urgency. I don’t see how it is such a difficult job. The supplementary system is ridiculous anyway. The hoops people have to jump through,” Mr Quinlivan said.

But a spokesperson for Limerick City and County Council said it is not possible to do this, and the authority must be guided by direction from the Department of Housing, Planning and Local Government.

To not do this would be breaking the law, they added.

In the city, Cllr Daly will be able to rely on the support of the other six Independent council members, with the group forming a loose bloc ahead of polling day.

This Wednesday, Cllr Richard O’Donoghue, running as a non-party member in the county, erected election posters, which carried the backing of his fellow Independents.

The same will be the case with the former Labour man in the city, Cllr O’Donoghue said.

“We are all working together. We believe an Independent voice is wanted in both Limerick city and county. We will help each other, but as all have our own voice – no party line, no whip,” he told the Limerick Leader.

It’s the first time a general election will be held on a Saturday since 1918. And while some candidates have welcomed the move, there are fears in some quarters of a low turnout because polling day clashes with Ireland’s second Six Nations game against Wales.