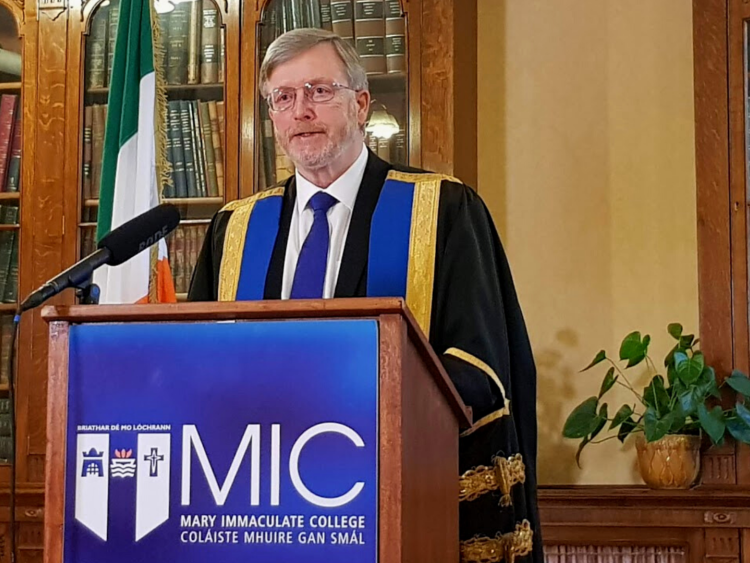 THE achievements of more than 2,000 graduates and students at Mary Immaculate College have been marked at a Ceremony of Recongnition which took place virtually due to the Covid-19 pandemic

The annual three-day conferring ceremonies, which usually take place in October, had to be cancelled and in its place, students were conferred in absentia allowing them receive their parchments for employment and career progression purposes.

Students from across 31 counties throughout Ireland, as well international students from Brazil, Mexico, Morocco, Poland, India, China and the United States, graduated from almost 40 different undergraduate and postgraduate programmes.

Over 150 graduates and current students of Mary Immaculate College also received awards and scholarships in recognition of their academic and sporting achievements. A further 19 graduates were conferred with doctoral awards.

Speaking at the virtual, Professor Eugene Wall, President of MIC, said: "While the social restrictions around Covid-19 may have prohibited us from celebrating in a proper and time-honoured way, it will not thwart our efforts to recognise your remarkable achievements, accomplishing what you have against the backdrop of a global pandemic. You met a litany of challenges during your course of study here at MIC, more so than any other preceding graduating class, but you successfully and bravely overcame them, displaying a determination and strength of character that will serve you well throughout your life.”

Addressing the students and graduates, he added: "This pandemic has demonstrated that things can be done differently, that we are resilient, that we can and will adjust to new ways of life, in particular new ways of communicating, learning and teaching. The knowledge and skills you have acquired both during your time as a student here with us, but also during this pandemic, will stand the test of time and enable you to continue learning throughout your lifetime."

It is with great pride that, on behalf of the entire MIC community, I congratulate you, the Class of 2020, on reaching this tremendous milestone under such adverse conditions. We are so very proud of you all.”

Of the over 2,000 students who graduated, 19 hailed from Brazil and are the first cohort to graduate from MIC’s Graduate Diploma in Mentoring and Leadership in Schools (International) programme.

In another first for the College, almost 100 students from Mexico graduated following completion of the San Patricios Teacher Education programme, which was delivered by the College in partnership with the Department of Education and Skills, the Department of Foreign Affairs and Trade, the Irish Embassy in Mexico, and the Mexican Ministry of Education. The programme was designed to empower student teachers with the requisite knowledge, understanding, skills and dispositions to enable children in Mexico to confidently meet the demands of the 21st century.

Also included in those who were acknowledged at the ceremony were 72 students from MIC Thurles as being the first cohort to enter MIC Thurles in 2016 following the incorporation of St Patrick’s College by MIC earlier the same year.

Included in those who received awards and scholarships was Bachelor of Arts graduate Keith Ó Riain (pictured below) who received the Award for Outstanding Achievement, as well as two academic awards from the Faculty of Arts for achieving the highest results in Gaeilge and History. 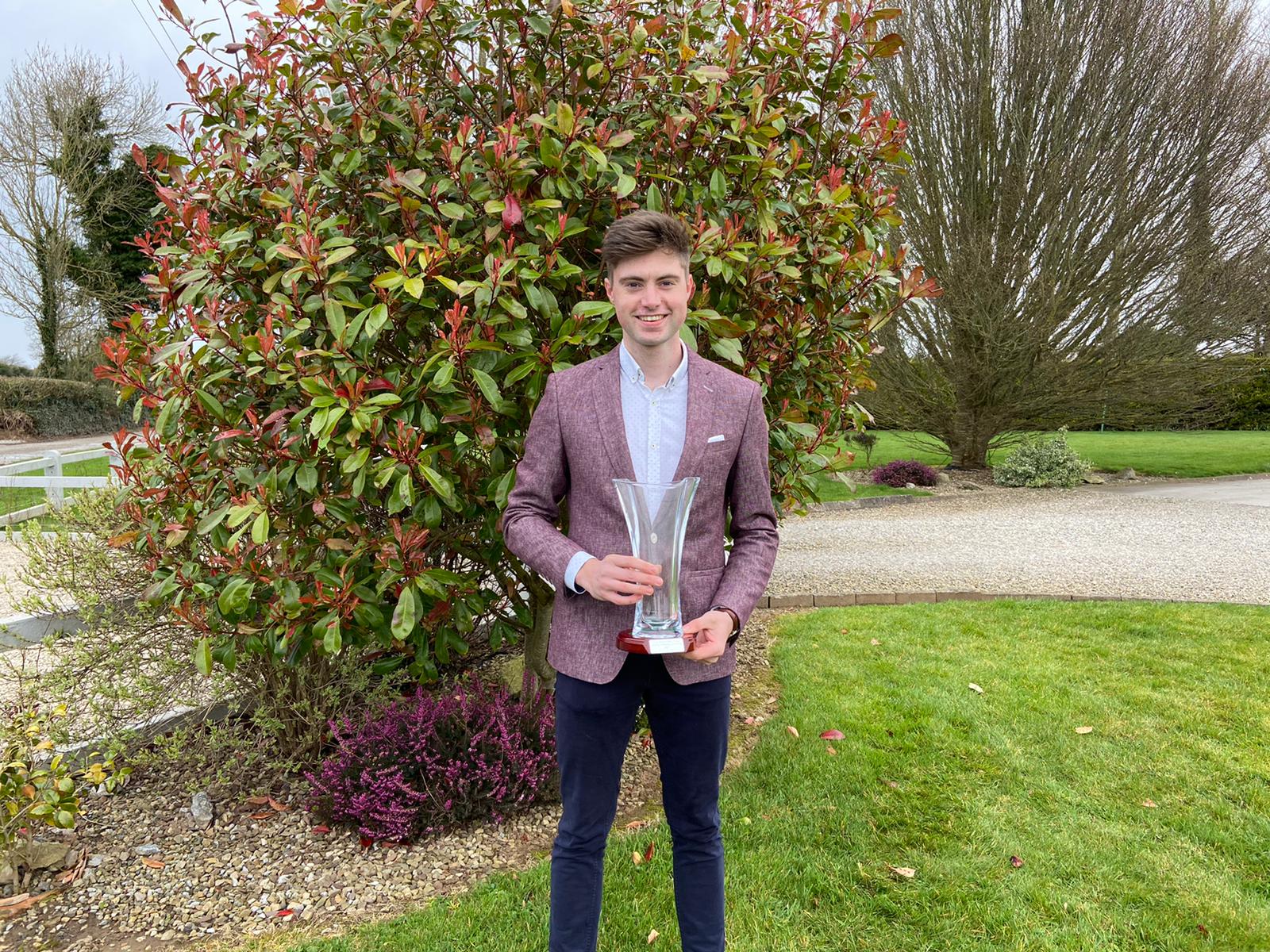 Keith, a native of Crecora, was the Global Winner in the History category of the 2020 Global Undergraduate Awards, and was one of 25 students worldwide to receive this prestigious award, which recognises the undergraduate research of some of the world’s brightest students.

Eight College Medals were presented to graduates who achieved ﬁrst place in their programme of study, including Sarah Reynolds from Kilfinane, a graduate of the BA in Contemporary and Applied Theatre Studies programme. 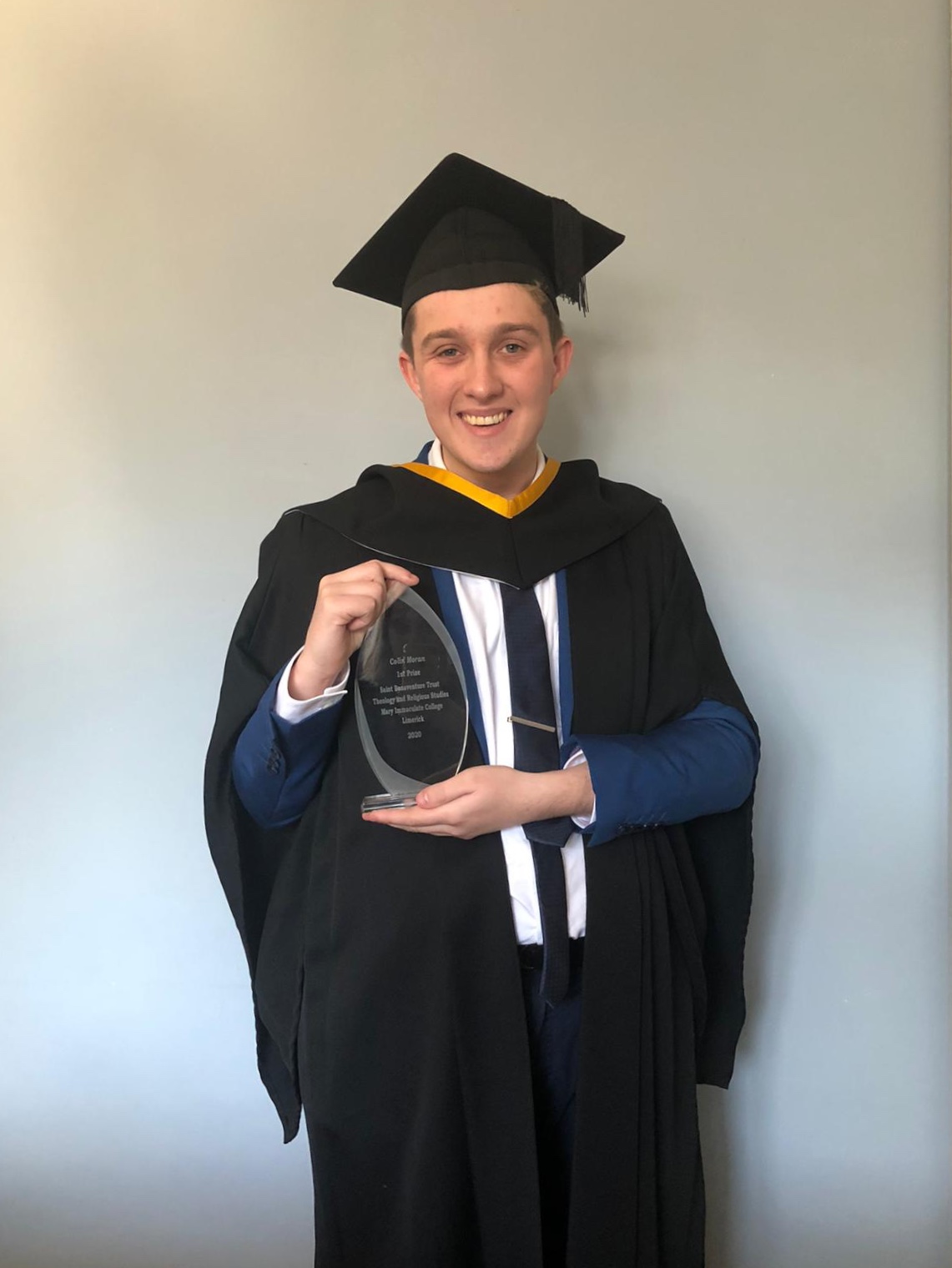 Monika Culhane from Askeaton, a graduate of the LINC programme, received the award for Best Regional LINC Portfolio Awards in the Tipperary region.

Current students at the College were also presented with awards in recognition of their academic and sporting achievements, including over 50 first-year students who were presented with Entrance Scholarships, valued at €2,000 each, on the basis of results obtained in the 2020 Leaving Certificate.

Third-year Bachelor of Education student Cathal Flannery from Lisnagry received the John Hayden Memorial Award in recognition of his signiﬁcant contribution to society through his volunteering with the Irish Red Cross, particularly during Ireland’s first national lockdown.

Postgraduate research student Asmae Ourkiya from Rosbrien in the city received the MIC Doctoral Studentship, while Edmond Gubbins from Bruff and Miranda Mateus De Souza from Ballinacurra Road, Limerick were each awarded scholarships under the Irish Research Council’s Government of Ireland programme.

Finally, first year student Sophie Hennessy from Carrigkerry received the Rachel Kenneally Memorial Award, a bursary funded by Munster LGFA in honour of MIC graduate, Rachel Kenneally, who sadly passed away in 2018 at the age of 26.

Congratulating all the award recipients, Professor Wall said, “Individually and collectively, all of the students whom we honour here today embody our College’s mission - ultimately to make the world a better place through our ideas, our innovations and our engagement.