Limerick chef and hotel named apprenticeship 'Employer of the Year' 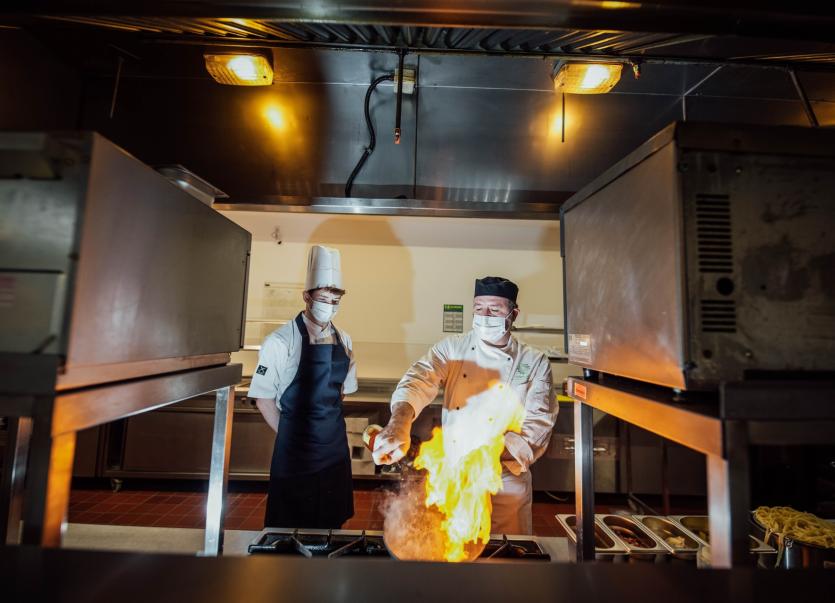 Executive Chef, Tom Flavin, and the Limerick Strand Hotel have been announced as a 2020 Generation Apprenticeship ‘Employer of the Year’

The competition captured the best of employers currently undertaking apprenticeship programmes across a wide range of occupations from electrical, construction and engineering roles to healthcare, hospitality and financial services.

“These winning employers demonstrate all that is good about apprenticeship and the key part it is going to play in Ireland’s recovery and our country’s future," said Minister for Further and Higher Education, Research, Innovation and Science, Simon Harris who announced the winners.

Since joining the Strand Hotel, Tom has built a team of 30 chefs who all have training plans and a plan with routes into the different divisions of a kitchen. Since the Hospitality Education and Training Centre in Limerick opened, he has taken trainees from Level 4 on traineeship programmes, before the Commis Chef L6 Apprenticeship programme was launched. He has also been an ambassador in promoting the apprenticeship.

Tom is an advocate for local produce and was nominated by Fáilte Ireland as a Food Champion. In 2019 Tom won both the ‘Local Food Hero’ Award and his restaurant The River Restaurant won the Best Hotel and Guesthouse Award Category.