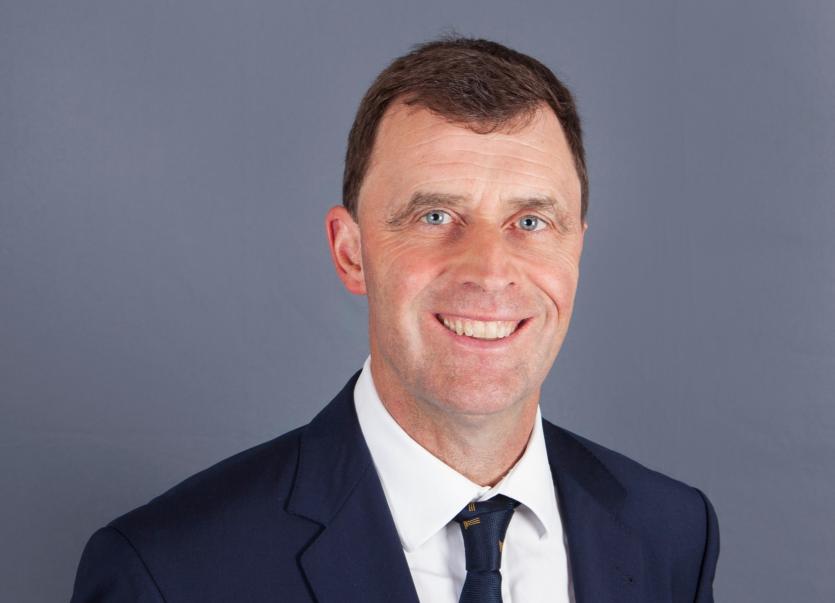 The University of Limerick Foundation has announced the election of a new chairman.

Harry Fehily, Managing Partner at Holmes O’Malley Sexton Solicitors and a board member of the University of Limerick Foundation, has been elected as successor to Dr Loretta Brennan Glucksman, who is stepping down from the role after six years.

The appointment was confirmed at a meeting of the Foundation this Friday.

Dr Brennan Glucksman congratulated Mr Fehily on his new role and thanked him for his tireless commitment to the Foundation, University and wider region.

The Irish-American philanthropist confirmed that she will remain as a director of the Foundation and said she “looks forward to assisting Harry’s continued leadership in delivering the University of Limerick Foundation’s objectives”.

Harvey Duthie, UL Foundation’s CEO, welcomed Mr Fehily’s appointment, saying:"“We are already working on a number of exciting projects which we hope to bring to fruition over the coming months."

Commenting in his election, Mr Fehily said: “I am delighted and honoured to take on this role. I am immensely proud of my association with the Foundation for the past eight years and I am privileged by the trust that has been placed in me by Dr Loretta Brennan Glucksman and the Board members in appointing me.

“I look forward to working alongside CEO Harvey Duthie in continuing the excellent work being done by the Foundation, as evident in the fact that it has already invested more than €200 million in projects across the campus. Today, we have an opportunity to build on that tremendous legacy for the benefit of the University, its students, Limerick city and the Mid-West and to ensure the continuance of the University’s status as an internationally recognised centre of educational excellence,” added Mr Fehily.

Mr Fehily is Managing Partner of Holmes O’Malley Sexton, a full-service law firm with offices in Limerick, Cork, Dublin and London. The firm assists its array of private, public, corporate and institutional clients with their legal requirements from commercial matters, property transactions and litigation disputes. Mr Fehily is a lawyer with extensive experience in advising clients on contentious and non-contentious matters.

He is an accredited mediator with the Centre for Effective Dispute Resolution in London. He is a member of the UL Kemmy Business School’s International Advisory Committee, a Past President of Limerick Chamber of Commerce, a member of the International Lawyer’s Network, and a Founding Member of Irish Society of Insolvency Practitioners.

He also sits as a special advisor to the Mid-Western Hospitals Development Trust.