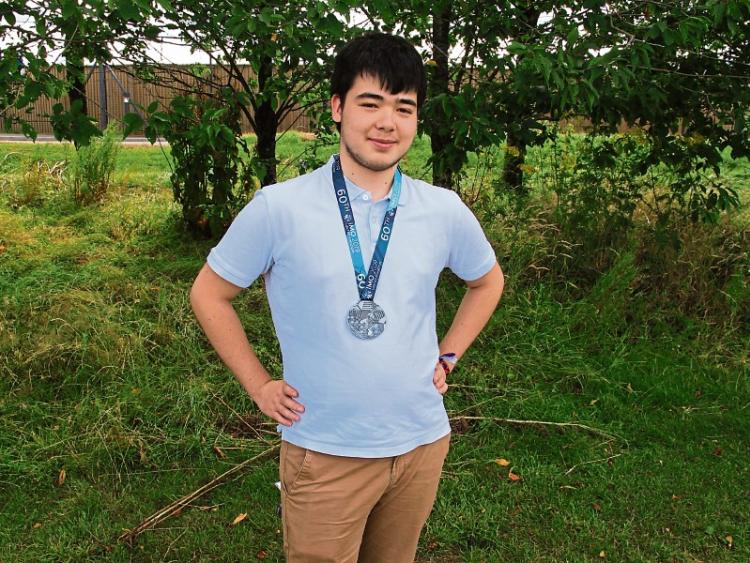 A YOUNG man from Croagh has made history thanks to his mathematical talents.

Lucas Bachmann, who attends Glenstal Abbey School, has taken a silver medal for Ireland at the International Mathematical Olympiad in Bath, England. This is only the second silver medal ever won by an Irish team since first entering in 1988.

There is a another Limerick connection as the team leader is Dr Bernd Kreussler of Mary Immaculate College. The last Irish silver medal was in 2005. Ireland has won 10 bronze medals since 1988.

Lucas achieved the second-highest score ever achieved by an Irish contestant in the history of Irish participation in the contest. Earlier this year, the sixth year student won the Fergus Gaines Cup in the 32nd Irish Mathematical Olympiad –  the top award in mathematics in Ireland.