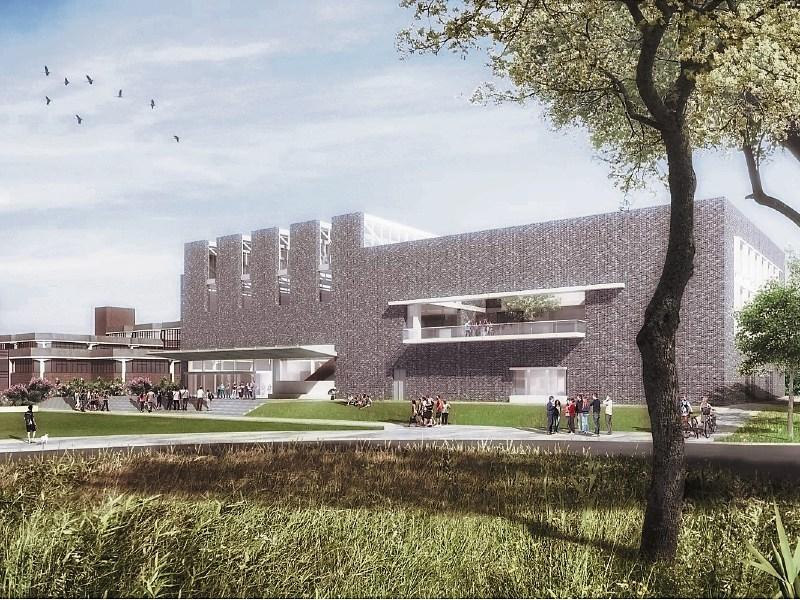 An impression of the new student centre at UL, planned for completion in 2020

A NEW Student Centre building looks to be on the way at the University of Limerick, as plans for the design were passed by the college’s Governing Authority.

The centre will comprise of a three storey, 3,529 square metre building, and will be in a prime front-of-house location on campus, adjacent to the Stables Complex and the Library.

The project will now be submitted to Limerick City and County Council for planning approval.

The Student Centre is being funded on a partnership basis between the students and the university.

In 2016, the UL student body voted by way of a referendum to support a new student centre, and have agreed to fund 80 percent of the estimated capital cost.

The location of the centre will form a new ‘destination’ for all the university students, incorporating a hang out space and outdoor gathering, relaxation and activity areas, a venue and student union offices, games areas and student services. 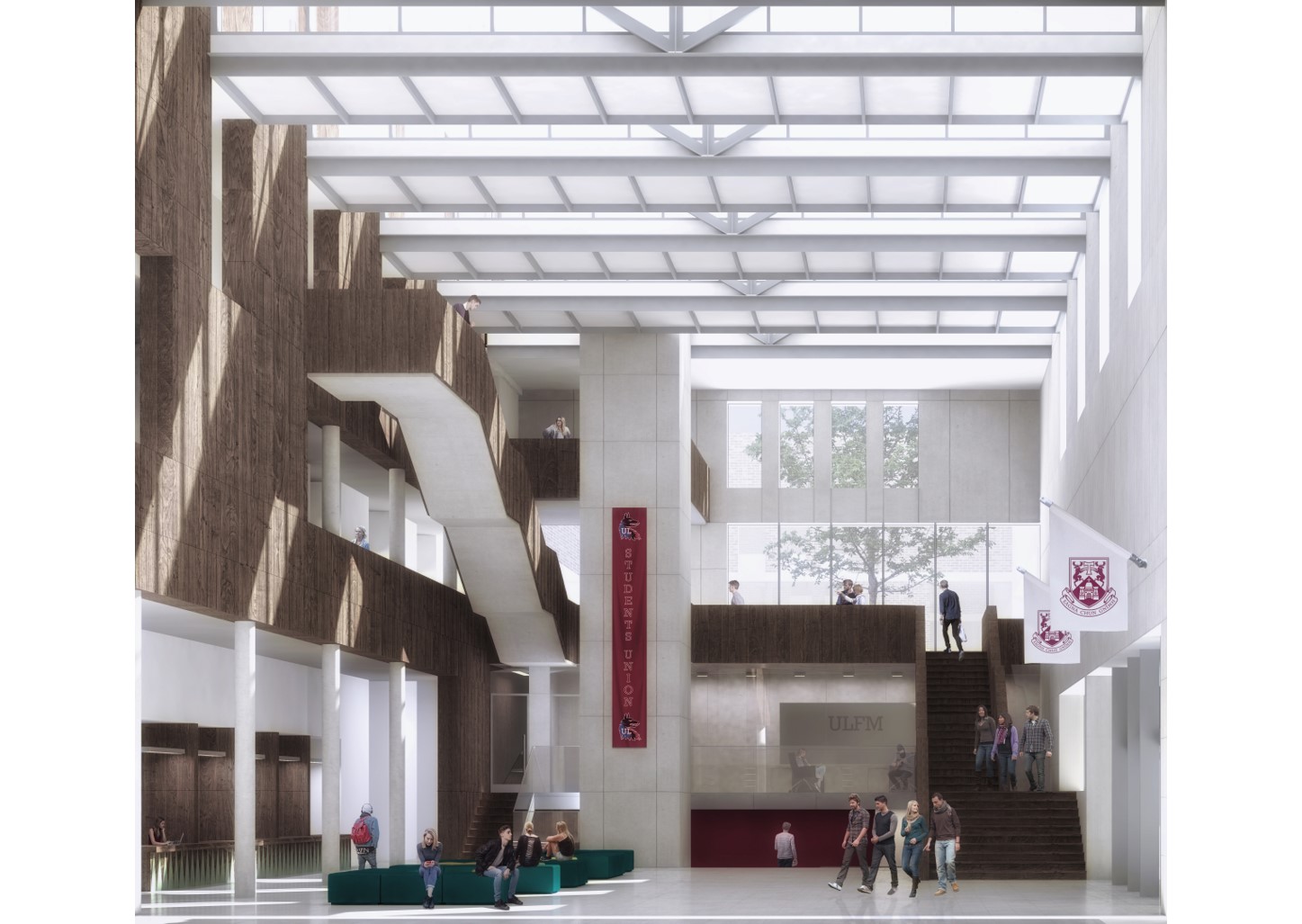 The building has been designed to house a number of new activities as outlined in the ‘desire list’ which resulted from a UL student survey.

Speaking about the project, UL Student Union president Jack Shelly said: “The existing student centre, located in the Stables Courtyard, dates back to 1999 to a time when the student population was half what it is now.

“In the intervening 18 years, there has been huge growth in the number and membership of student clubs and societies. There is a desperate need for space and facilities for these clubs and societies to operate well. Additionally, the increased services provided by the UL Students’ Union have outgrown the current student centre,” added the ULSU president.

UL president, Dr Des Fitzgerald, said: “The students have chosen a wonderful design for the centre, which is badly needed to enhance and consolidate facilities for ULSU and for the very vibrant UL clubs and societies which add so much to the UL student experience.

“The students of UL know the value of excellent facilities and are to be commended for their support of this initiative. They have done this before with the construction of UL’s boathouse, when pioneering members of the rowing club identified the need for such a facility and engaged in extensive planning and fundraising in partnership with the kayak, sub aqua club and mountain bike clubs.

“In 2003, the students voted to extend the student levy to pay for the facility and they have once again rowed in with support of this student centre in what will be a magnificent addition to the UL campus,” added Dr Fitzgerald.

Construction of the new student centre is planned for completion in 2020.