Newcastle West ready for Way of the Cross 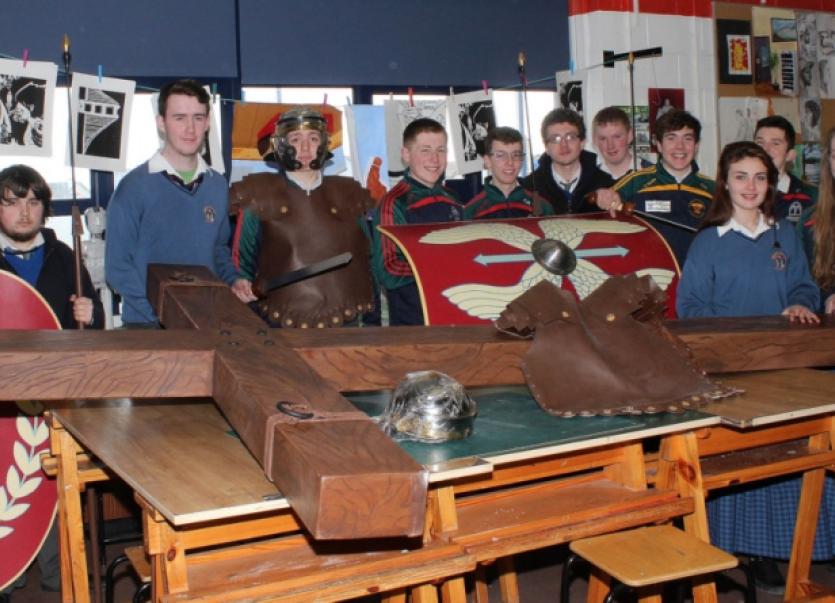 THE streets of Newcastle West will once again witness the solemn enactment of the Way of the Cross this Good Friday.

THE streets of Newcastle West will once again witness the solemn enactment of the Way of the Cross this Good Friday.

The pageant, which attracts hundreds of spectators each Easter, will begin at 2.30pm and the band of Transition Year students from Desmond College, Newcastle West, who are the backbone of the event, are more than ready to take their places.

They are, they admitted, looking forward to it.

“It is very much a Transition Year thing. It is very exciting,” enthused Orla Wrenn, who plays the part of Veronica, the woman who wipes the face of Jesus, in this year’s solemn pageant. Her friend Emma Herbert, who takes the role of Mary Magdalene, was equally enthusiastic. “It is very popular and is something different.”

It is now 10 years since the first Way of the Cross made its way through the streets of Newcastle West and the event has drawn visitors to town ever since. “The first year, people were astonished,” Emma continued. And both she and Orla are agreed that it is a solemn occasion. “People have come from all over, some even from Canada. That is why we take it seriously because they take it seriously,” added Orla.

Rehearsing for this undertaking does however take a bit of preparation. “You need to know what you are doing,” Emma pointed out. For the male students, playing the role of Roman soldiers is not an easy task. The shields are large and quite heavy, and the swords too are hefty enough. In addition, the exceptionally good metal helmets are also weighty.

But they are looking forward to the job with interest, having volunteered for the event. “We have done the main route and what our positions are in the church, the commands and so on,” Liam Dowling explained. He put his name in for the event because he wanted to get involved, as did fellow pupil and centurion, John Hunt. “I was very interested in the whole thing,” he explained.

The students will be joined by members of Legion Ireland, a Roman re-enactment society from Cork and re-enactor Brian Smith will play the role of Christ.

Art teacher at Desmond College, Sean Shiels, who is a member of Legion Ireland, is co-ordinating the event and other teachers from the school will act as stewards.

The Way of the Cross gets underway this Friday, at 2.30pm. The route begins at Calvary Cemetery and moves down Church Street, through the Square and along Bridge Street to reach the Church of the Immaculate Conception by 3pm. The cruxifixion will be partially enacted and the cross raised as part of the ceremony.