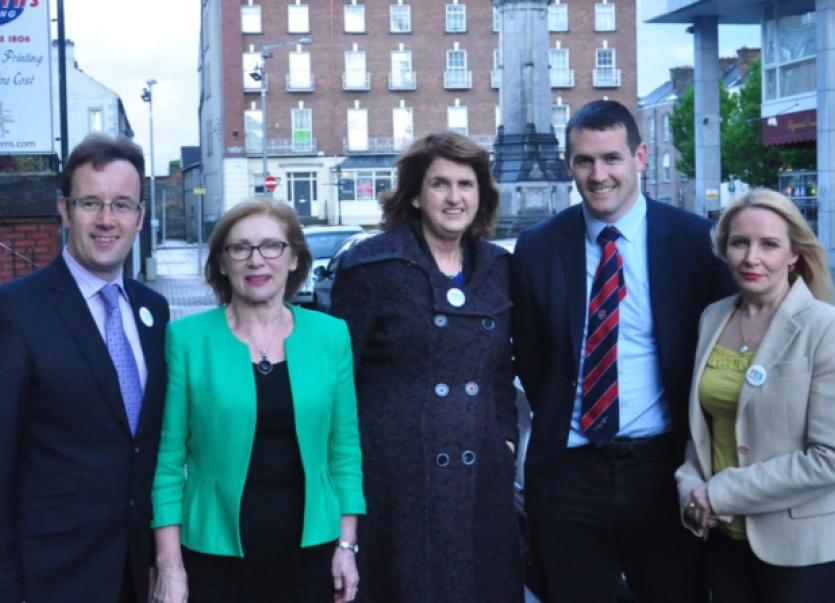 EDUCATION Minister Jan O’Sullivan has been selected to run for Labour in the upcoming general election.

EDUCATION Minister Jan O’Sullivan has been selected to run for Labour in the upcoming general election.

It is the fifth consecutive general election that she will seek the mandate of Limerick people.

Ms O’Sullivan was unanimously picked at a selection convention in the Pery Hotel, which was addressed by her cabinet colleague, An Tanaiste Joan Burton.

“We believe that ensuring people have the opportunity for decent, well-paid employment is a priority for Government. It has been a driving principle of Labour’s role in Government and it will continue to be,” Ms O’Sullivan said.

She pointed out that in Limerick in the past 12 months, over 1,500 jobs have been created.

“These are well-paid positions in expanding sectors of the economy such as technology, financial services and medical devices,” she said, “Limerick is attracting high quality investment, from both Irish and international companies. This investment and the new jobs it brings is also boosting our local economy, with more wage packets and more spending supporting our small and medium businesses.”

Paying tribute to Ms O’Sullivan, Tanaiste Burton said: “She has been a dedicated servant for Limerick city, as a TD and as Government Minister. As Minister for Education she is driving forward an ambitious vision of investment and reform, including an extensive school building programme.”

A former mayor of Limerick, Ms O’Sullivan was first elected to Dail Eireann in a by-election in 1998, following the death of her political mentor Jim Kemmy.

She was returned at elections in 2002, 2007 and 2011 when Labour entered coalition. At this time, she secured a Junior Ministry, before being given a seat at the Cabinet table by the close of 2011. Ms O’Sullivan was then given a full ministry, the Education brief in 2014.