Tributes paid to ‘Fr Vinnie’, master of the Limerick Novena 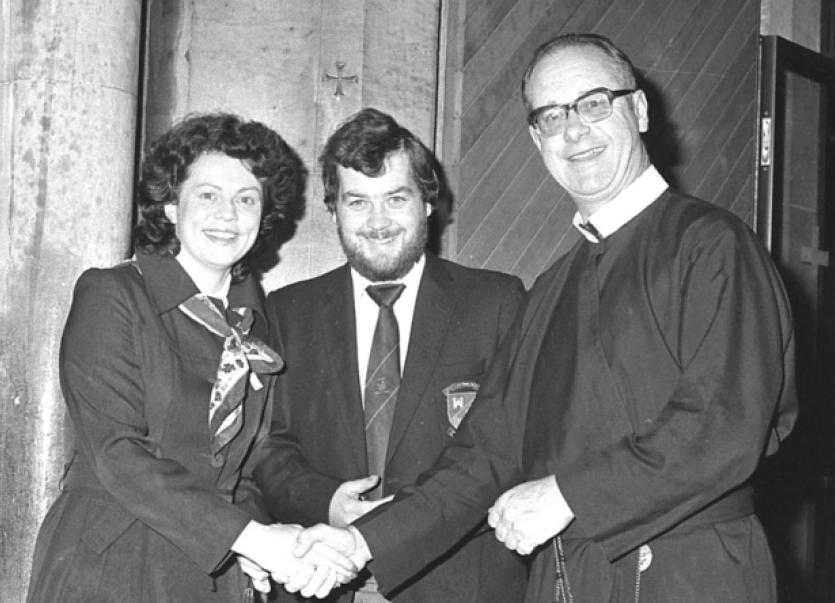 TRIBUTES have been paid to the late Fr Vincent Kavanagh, one of Limerick’s most outspoken priests when he served in the city in the 1970s.

TRIBUTES have been paid to the late Fr Vincent Kavanagh, one of Limerick’s most outspoken priests when he served in the city in the 1970s.

During his time in Limerick, Fr Vincent, who served as Director of the Arch Confraternity, clashed with many politicians. In 1977 he organised a protest to highlight the lack of gardaí in Limerick during a visit by then Justice Minister Patrick Cooney. Shortly afterwards 12 new officers were assigned to the city.

Fr Kavanagh also led the Christmas Poor Campaign, which continues to this day, and built up the Annual Novena to Our Lady each June, to the point where more 10,000 people a day were attending Limerick’s ‘festival of faith’ over seven days.

“From his heyday in Limerick he had moved to our monastery in Esker where he continued to give of his best but at a more leisurely pace. During these later years he still kept an interest in life and in people, spent more time in prayer in the community chapel, developed a mellowness that contrasted with the vigorous nature of Vincent, the preacher and innovator of years gone by,” he noted.

“Fr Vincent in his prime was a force to be reckoned with: a formidable innovator whose practical talent knew no bounds. He had the gift of harnessing goodwill, and drawing out the best in people, but suffering fools gladly was not one of his more noted gifts.

“And of the many achievements of Vincent, the two aspects of his career that stand out for me are the years devoted to the Solemn Novena and his work for the poor of Limerick.

“When Fr Kavanagh was given responsibility for the Limerick Novena in honour of the Mother of Perpetual Help it had already been running since the 1940s. When Fr Vincent took up his appointment at the beginning of the 1970s there were two sessions per day during the June Novena.

“Most of us thought that this was as good as it gets – a full house in the morning and another in the evening. Vincent thought otherwise. He consulted some contacts in the business world on how to expand, and that’s when the Solemn Novena was born. There were four sessions the following year, then six, and on it went until Mount St Alphonsus hosted as many as 17 sessions per day. When the church and monastery were full to capacity Vincent brought in the army, literally. A crew from Sarsfield Barracks volunteered to erect a large marquee in the back garden capable of taking as much again as the church would hold. All the main bands in town participated by providing plenty of good music both before and after several session and a general sense of celebration pervaded the atmosphere throughout the nine days.”

A native of Arklow, County Wicklow, after his ordination in Galway, Fr Vincent became assistant to the Novice Master in Esker, Fr. Johnny McDonnell. In the mid sixties, he worked for a time in St. Clement’s Retreat House in Belfast, and then began the retreat house in Cluain Mhuire in Galway. Later, he moved to Limerick, where he worked first in the Retreat House, and then later in Mount St Alphonsus.

Fr Vinnie, as he was affectionately known, had been in Flannery’s Nursing Home, Abbeyknockmoy, since November, and passed away on Friday evening last. He is survived by his sister Eileen, brothers Tom and Liam, and was buried in the Community Cemetery, Athenry.