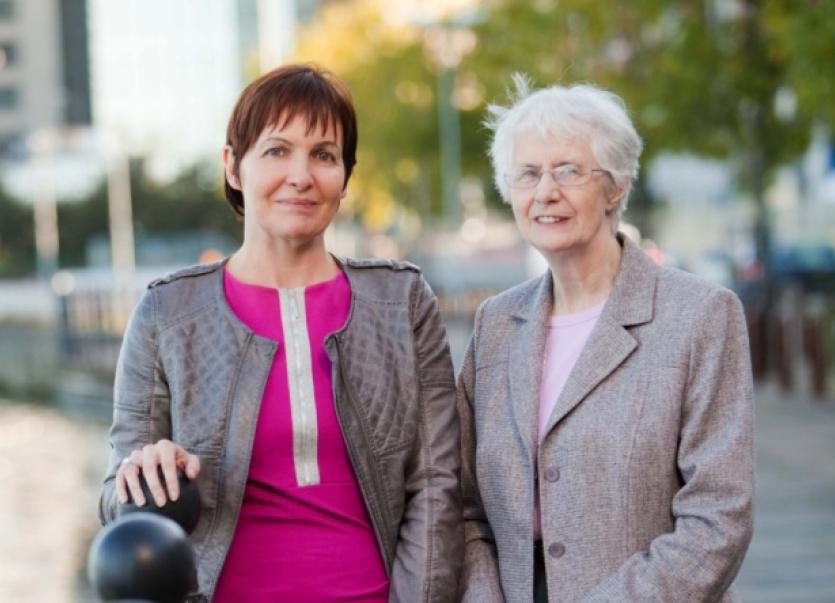 PARENTS who had no prior warning about the planned merger of the Salesian school with St Nessan’s Community College will now have a say on its future, according to the Salesian Provincial who signed off on the amalgamation two weeks ago.

PARENTS who had no prior warning about the planned merger of the Salesian school with St Nessan’s Community College will now have a say on its future, according to the Salesian Provincial who signed off on the amalgamation two weeks ago.

Sr Mary Doran said a steering group will be for formed, including representatives of the staff, the board of management and trustees. They will be involved in everything from the new uniform design to helping plan the curriculum.

In a move aimed at reassuring parents concerned about sending their daughters to a mixed school in 2015, Bernadette Cullen, of the Limerick and Clare Education Training Board has said that the students facing into Leaving Certificate and Junior Certificate exams will remain in the same, single gender classes.

In 2015 the St Nessan’s Community College site in Moylish – completed in 2007 – will become known as the St John Bosco Community School, named after the Salesian founder.

Although the move has proven unpopular with parents, Sr Doran said this was one of the few options open to the trustees.

“When we were looking at all our options, closure was one of them. To us, closure would mean we would close down the school, and walk away from secondary education on the northside. We chose not to go down that road,” she said. “It is very sad for us, and the Salesian sisters, and it has been a very difficult decision for us to make.”

In 1995, student numbers at the Fernbank school reached a peak of 871 students.

But that number has dwindled to just under 300 now.

Asked why she feels the numbers have fallen off, Sr Doran pointed to new schools, providing more modern facilities.

“Another factor in our case was that we tried to remain true to the vision of our founder, St John Bosco – to provide educational opportunity for all children. It doesn’t matter what ability you had – all were welcome. And I think, in some way, that has affected us too.”

Asked to expand, she said: “Schools have different policies, different approaches. Ours is to have a inclusive school. Some parents might decide to send their children to different schools which perhaps wouldn’t be as inclusive.”

Parents and teachers are staging a determined campaign to keep the school open beyond 2015, and have said that student numbers were beginning to rise again, with a population of 330 students anticipated next year.

But Sr Doran said this figure was more a reflection of the numbers “stabilising” rather than continuing to drop.

Parents have also expressed up-set that the announcement of the merger was made with no prior consultation, and at short notice.

Ms Cullen said this was necessary, adding: “The reality is, in Limerick, because we have a very competitive post-primary market, and the common application system applies, we were restricted in when we could announce it. If we were to publicly announce the plans to change the schools without having plans behind them, it would affect the viability of the two schools.”

She added that teachers will receive “continued professional development” to help them teach mixed gender classes, and single gender groups.

“All of that will be rolled out over the next two years. There will be a huge emphasis on the core staff and students to ensure this school continues to offer a high quality education,” she said.

Financial support will also be offered for new uniforms, while the new merged school will offer a much broader curriculum, Ms Cullen said.

Perhaps one of the most obvious benefits will come in the form of physical education: due to its size, the Salesian Secondary School is unable to offer outdoor classes, because it has no sports fields.

This will change when the move to Moylish happens, Sr Doran said.

As for the historic building at Fernbank, which has been a secondary school since 1955, no plans have yet been made for its future.

“This is the next piece of the jigsaw,” Sr Doran said. “We have had some thoughts about the actual building when it becomes vacant. We have a residence for our sisters on the site. We may use parts of it for our ministries, and we would hope there would be education, if in a broad sense, at least.”

The infant and primary schools which operate on the same campus are unaffected by the merger, and will continue operating beyond 2015.