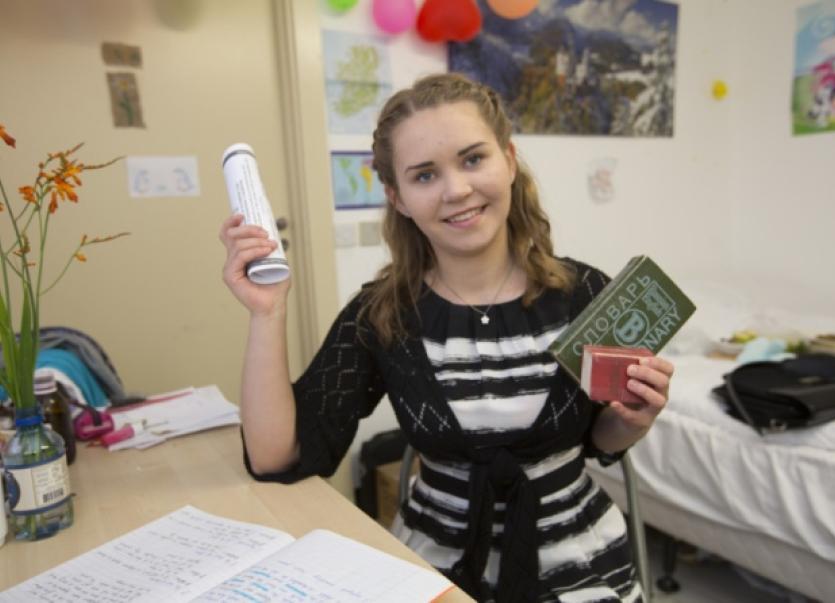 A LIMERICK group that supports migrants is again urging the State to re-examine access to education for asylum seekers, following the success of a young student who achieved a ‘phenomenal’ 575 points in her Leaving Certificate.

A LIMERICK group that supports migrants is again urging the State to re-examine access to education for asylum seekers, following the success of a young student who achieved a ‘phenomenal’ 575 points in her Leaving Certificate.

The Royal College of Surgeons has now waived fees on its physiotherapy degree, estimated to be over €20,000 a year, for Anna Kern, a 19-year-old student who fled war-torn Ukraine two years ago.

“Ireland can benefit from extending access to education to asylum seekers as people like Anna will positively contributing to Irish life, both financially and through her future skills and qualifications,” said a spokesperson for Doras Luimni.

“Many young people in the asylum system will be future Irish citizens and we stand to gain from their positive contributions to Irish life, both financially and socially.”

Minister for Education and Skills Jan O’Sullivan intervened in the case of the high achieving Coláiste Nano Nagle pupil. However, she also made clear that no public grants are available to assist students such as Anna.

Instead, a scheme is being introduced to provide free fees to students who have been in direct provision for at least five years.

As Anna has only been in the country for two years, and as she would not be allowed to work for some time to save for her studies, the college has made two further gestures to her, offering to help with her accommodation and living expenses in Dublin.

“One of the principal issues faced by people living in direct provision is the prohibition of the right to work,” continued the spokesperson for Doras Luimni.

“Asylum seekers are prevented from seeking employment and are not allowed to provide for themselves and their families. These barriers are not unlike those experienced by families living in disadvantaged communities and should be considered alongside each other, as opposed to against each other.”

Marion Cummins, the principal of Coláiste Nano Nagle in Sexton Street, said she was delighted the story had “such a happy ending.

Amid all the bleak coverage of the plight of asylum seekers in Limerick and the inhumane conditions they face, the story of Anna Kern’s success shone through this week like a bright light and a ray of hope.

Except not everyone shared the same views about her exceptional story and fight to gain a better life for herself and her family. Some even claimed that the Limerick Leader’s headline online – ‘Limerick asylum seeker offered free college place’ - was an open invitation for them to vent their fury.

The facts are: Anna is an asylum seeker and she has been offered a free college place - at the behest of the Royal College of Surgeons, where she will study physiotherapy.

They offered her a place outside the CAO system. The State is not paying for her fees, accommodation or living expenses, nor is she denying any Irish citizen a place.

It is her “dream” and few should deny a young woman the chance to pursue her dream after fleeing war-torn Ukraine, studying in a single room, alongside with her mother and sister in Knockalisheen.

She spent many long hours studying in her room there and after just two years in this country, she achieved 575 points, a staggering success by any standard, but even more so given her circumstances.

And yet this week, the hateful comments online were painful to read.

One woman wrote: “Why not study in Limerick? That way she wouldn’t need the free apartment. Sounds like she set her cap at the most prestigious college in the country and she got her own way!”

The indecency of Anna to want the best for her education! In fact, ironically, Anna wished to study in UL but informed her principal that due to limited bus services from Knockalisheen she wouldn’t be able to make it to Castletroy in time for her first lecture in the morning.

The lack of that service has previously been covered by this newspaper. Anna also was prepared to move to another direct provision centre in Dublin, while continuing her studies. But she got better, because she deserves better.

Not everyone may be as lucky as Anna now is - luck on the bad of hard work and dedication - but her story has shone a light on the treatment asylum seekers, and a system which may put a roof over people’s heads, but imprisons them for years.

Why aren’t Irish students offered the same step-up as Anna, they cried? Well, in fact they are, if they are prepared to work to the same extent. There are access courses for those from financially challenging backgrounds, and university scholarships.

JP McManus alone gave out 126 scholarships last year to deserving students across the country, among 1,014 to date. The opportunities are there for those who deserve and reach for them, regardless of their nationality.