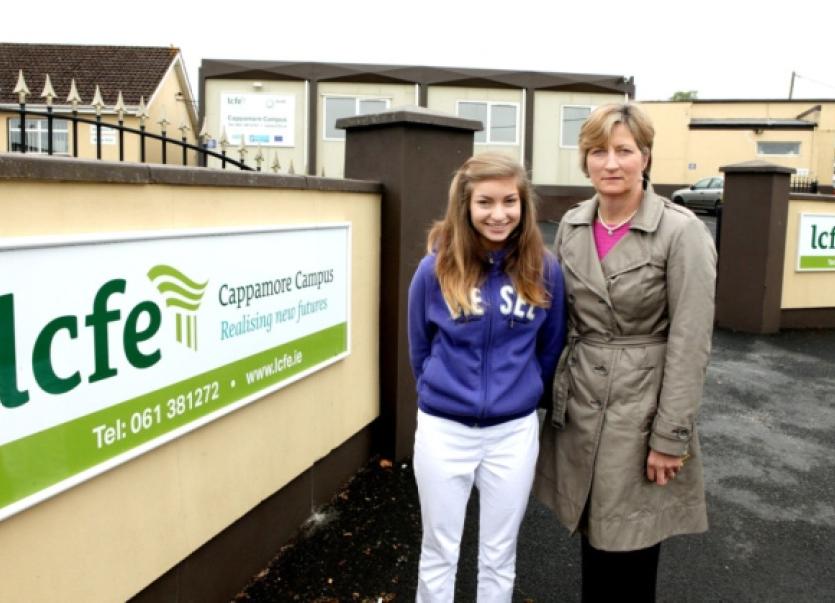 THE LIMERICK and Clare Education Training Board (LCETB) has decided not to move 83 PLC courses from Cappamore in to the city following a review.

THE LIMERICK and Clare Education Training Board (LCETB) has decided not to move 83 PLC courses from Cappamore in to the city following a review.

The loss of PLC courses from the LCFE East Limerick Campus was met with shock by staff, students and locals last May. A deputation including Deputies Kieran O’Donnell, Niall Collins, Willie O’Dea, Cllr Noel Gleeson and community representatives met with senior LCETB staff shortly after.

Mr Collins described it as a “heated discussion between the deputation and management” and a review of the decision was agreed.

A statement issued by Paul Patton, head of further education and training division, LCETB, this week read: “The review group believes that the LCFE East Limerick Campus has a viable future as a centre of excellence in the delivery of further education and training programmes for the community of east Limerick. The programmes on offer will continue to support rural proofing and will ensure the maintenance and enhancement of this important local facility.”

The process of advertising and enrolment for the suite of PLC programmes on offer will “recommence immediately”. Log onto lcfe.ie for full list.

Cllr Gleeson said in his 26 years as a councillor he never received as many calls about an issue as he did on this one.

“They admitted in the review that they didn’t handle the process well - that is accepted by them. It is a victory for rural Ireland,” said Cllr Gleeson, who stresses that it is a superb campus for all ages to study, an excellent option for students who might not get places in third level colleges and invites outside groups, who want to run courses, to make contact.

Kieran O’Donnell said: “I believe this is the best result for education in east Limerick and for the Cappamore community. I was very concerned that the initial decision to cease providing PLC courses in Cappamore would undermine the delivery of further education in the area.

“Among the recommendations of the review is the further development of the education offering. I welcome this, and believe that this represents a strong commitment to the future of further education in Cappamore on the part of the LCETB.” Registration is opening immediately for the PLC courses and he encourage people to sign up.

“I look forward to seeing a busy college year starting in September with a healthy intake of students,” said Mr O’Donnell.

Niall Collins said it was a “victory for common  sense”.

“This was yet another attack on rural Ireland but thankfully after much lobbying the PLC courses have been reinstated. These are vital to the future of the east Limerick economy - upskilling and reskilling people and giving employment opportunities into the future,” said Mr Collins.

Just one example was Breda Berkery who told the Leader she would not have her current job without the training she got in the centre and about her daughter Michelle who wished to study there.

“She now can,” said Cllr Gleeson.