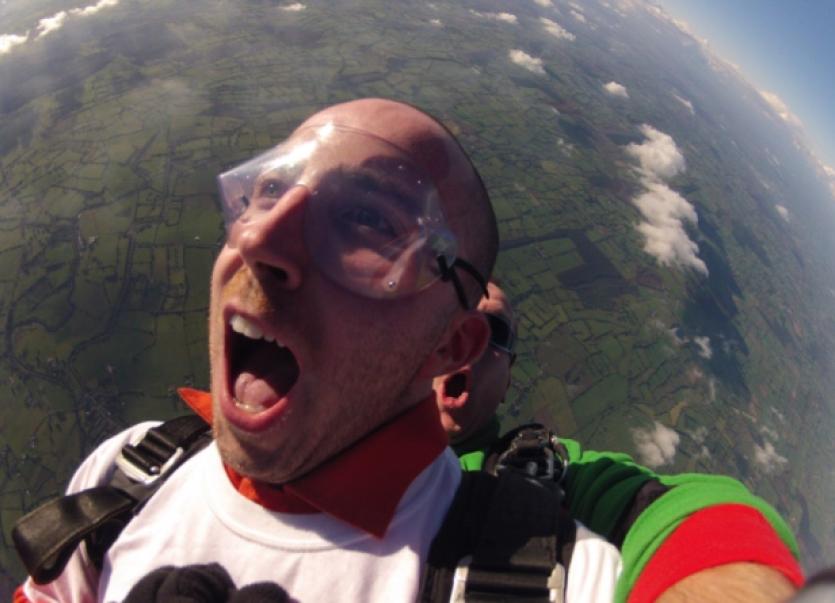 A TUTOR at the University of Limerick who lost his mother and uncle to suicide has embarked on a personal odyssey to raise awareness of mental health.

A TUTOR at the University of Limerick who lost his mother and uncle to suicide has embarked on a personal odyssey to raise awareness of mental health.

Tony Sheridan, a PhD student at UL, took on seven challenges over seven days to raise awareness of suicide and mental health.

The Monaghan native, 27, who has appeared on Irish TV shows such as Come Dine with Me and The Gym in the past, asked people around the campus to come up with seven challenges for him to complete in seven days for #7DaysForSuicide.

The challenges included kayaking down the Shannon, extreme rock climbing on Carrantuohill, performing live stand-up comedy in front of over 100 students, doing a parachute jump, and shaving off his hair and bear on stage in front of hundreds of people.

The accompanying video for his challenges also has reached in excess of 10,000 people, and he said at present he can’t process the number of people contacting him privately, who have also lost a loved one - be it a child, parent or partner - to suicide.

“I said at the start doing this, that it one person can be reached and if they got the help they needed it would be worth it a million times over. A suicide isn’t just one life; it’s all the lives it touches,” he told the Limerick Leader.

Earlier this year he was selected as Her.ie’s Hero of the Week, after writing a personal piece on the phone-calls that changed his life, including the phone-call about his mother’s death.

Eileen Sheridan, 46, a mother of four, passed away in 2010. Her brother - Tony’s uncle - also later died by suicide. “The challenge isn’t over. We’re losing some 10 people a week to suicide in this country, and it is the number one killer of young people,” he said,.

“The reason I did seven challenges is to show that suicidal people have a challenge to face every day of the week. I know, because I was one of them. Four years ago, following my mother’s suicide and the break-down of a long-term relationship, that’s how I felt,” he explained.

“Back then, I didn’t kayak down the Shannon, but I was afraid, and I was drowning. I didn’t summit the highest peak in Ireland, but I had a mountain ahead of me that I thought I couldn’t scale. My challenge [back then] was to take a leap of faith and seek professional help to save my life. That’s what these organisations I’m supporting do - they save lives.”

Tony, who was also a Stellar Magazine bachelor of the year nominee and came second, has also spoken publicly about his own issues with mental health, and how he turned away from alcohol and towards fitness following the death of his mother.

He has set up a page on mycharity.ie where people can donate and all the proceeds will be split between two charities, Console and Pieta House.

To date over €3,200 has been raised. See http://www.mycharity.ie/event/7daysforsuicide

The official figures from the Central Statistics Office indicate that there were 554 deaths by suicide in 2011, the most recent available figures, representing a rate of 12.1 per 100,000. This is the highest figure since 2001 and marks a 12% increase on 2010.

The annual report by the HSE national office for suicide prevention notes that the number of deaths by suicide is below the profile for most EU countries, yet the figures for men aged 15 to 19, and 44 to 64 years are particularly high by international comparison.

In 2011, 83% of those who died were males, and the highest rate is among 45-54 year olds.Limerick again has the highest rate of suicide in the country, at 21 deaths per 100,000 population in Limerick city, and 11.4 in Limerick county, according the latest report by the National Office for Suicide Prevention, based on provisional figures for 2011-2013.