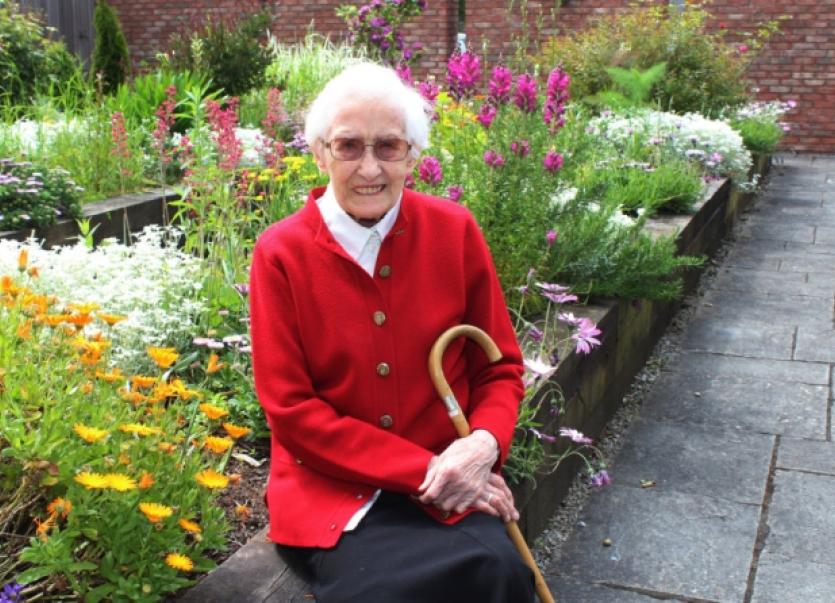 A SECOND cousin of the executed patriot Kevin Barry is preparing to celebrate her 102nd birthday in Limerick next month.

A SECOND cousin of the executed patriot Kevin Barry is preparing to celebrate her 102nd birthday in Limerick next month.

But Sr Eileen Doyle, who is the oldest nun living at Mount St Vincent on O’Connell Avenue, said she does not want any surprise party or major celebration in honour of her longevity.

“I don’t want a party,” she told the Limerick Leader. “I’m too old now. I’d feel a bit ashamed having a party with all the suffering and troubles that are going on in the world. I’d prefer a quiet life and to be left alone.

“I was always a healthy little devil,” she said with a laugh.

“I’ve never had a serious illness, and love reading and music. Being 101 doesn’t feel a bit different to how I did in the past, apart from being a bit deaf. But the rest of me is Okay. I’m still quite mentally alert.”

Born on July 22, 1913, she received a letter of congratulations and a cheque from President Michael D. Higgins to mark her centenary. Those who live to 101 and beyond also receive a commemorative coin.

The Bishop of Limerick, Dr Brendan Leahy, also attended the surprise 100th birthday party for her two years ago.

She shares her birth date, she noted, with Prince George of Cambridge, in addition to the late fashion designer Oscar de la Renta.

Born in Wicklow, she was only seven years old when her famous cousin Kevin Barry was the first Irish republican to be executed by the British since the leaders of the Easter Rising in November 1920, at the age of 18. Eleven years his junior, she said her cousin’s family lived over the border in Carlow, and while she was too young to remember those dramatic days, she recalled that one of Kevin Barry’s favourite songs was Bantry Bay.

The second youngest in a family of nine, she has survived all her siblings, and her mother and father, who passed away aged 70 and 80 respectively.

While Sr Eileen has lived in Limerick for most of her life, she also lived in America for 11 years, teaching in Florida and in Mobile, Alabama in the 1970s.

When the convent closed at Mount St Vincent some years ago, Sr Eileen was one of some 23 nuns who moved to a new, more modern home on the same grounds.

However, she said that number has now dwindled as some nuns have moved to live in nursing homes, but generally she noted that they have all lived to a great age, and benefit for general care, a night nurse and a great cook in their home on O’Connell Avenue.

She was also the first principal of Ballynanty school, and believes that hard work, prayer and eating lightly has helped her live a long and healthy life.

She has few vices, bar her sweet tooth and was a pioneer for years, but still rarely has an alcoholic drink.

“I worked hard, I think that kept me going. I eat lightly, but still I eat enough. I was 21 when I joined the Sisters of Mercy, after training in Mary Immaculate as a teacher and I entered the convent then. I think this is a good place to be now,” she said. Looking back, she says that joining the nuns was the right decision for her. “I’m happier that I chose this way of life. I don’t know would I have been able to face all those problems that married people have.”

The oldest living Irish person is 113-year-old Kathleen Snavely of Syracuse, New York, who hails from Feakle in Clare.

According to figures from the Central Statistics Office of the 29,095 people who died in 2014, the largest number, almost one third of the overall figure were aged 85 and above.

The payment, worth €2,540, is paid to Irish citizens when they turn 100. It was extended to residents living abroad in March 2006.