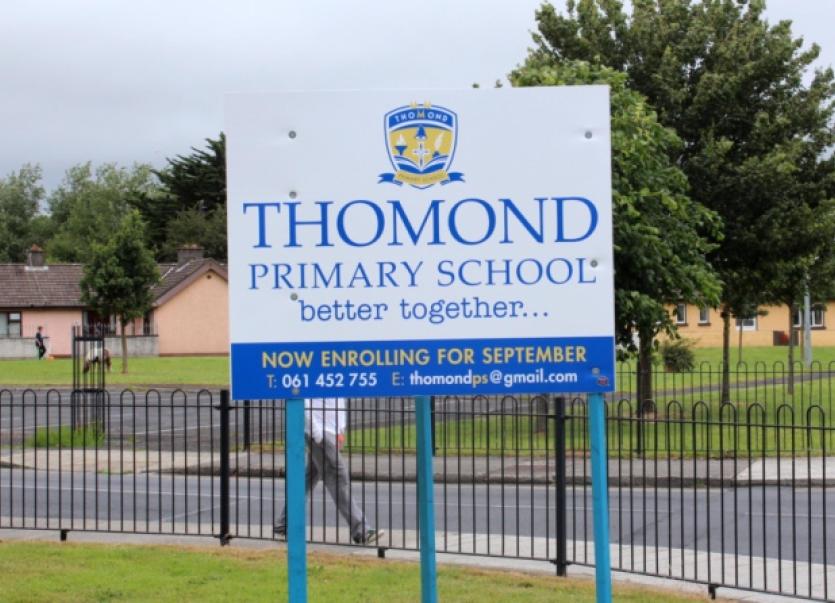 MAJOR works have been given the go-ahead by Limerick City and County Council at the newly-amalgamated Thomond Primary School.

MAJOR works have been given the go-ahead by Limerick City and County Council at the newly-amalgamated Thomond Primary School.

The construction of a single-storey extension to the existing school at the Ballynanty school - comprising four classrooms - and a playing pitch are on the horizon for the new school.

The new campus, which is composed of St Munchin’s CBS, St Munchin’s girls primary school and St Lelia’s infant school, was also given the green light for a project work area, a resource room, associated toilets, a corridor connecting the existing building to the extension, additional staff parking, and fencing to the boundary of the school.

Works to the protected structure of the school comprises alterations to an existing toilet, in order to provide the connecting corridor.

School principal Reena O’Shea said that the new facilities for the school is a “wonderful opportunity” for the 250 pupils and some-30 staff.

“It’s great to have the four classrooms that will have the best of high-tech teaching for the infants here at the school,” she said, adding that the plans are part of the “greater scheme” of the school’s aims, which are now “coming into fruition”.

According to Ms O’Shea, the school has been allocated a grant for the four classrooms, playing pitch and the extension.

On the first week of the school season in September, Ms O’Shea said that there was “enthusiasm and excitement” amongst the students, adding that there was a lot of prepartion for the staff ahead of the first day of school.

The official opening of the new primary school will take place on Monday, November 23.