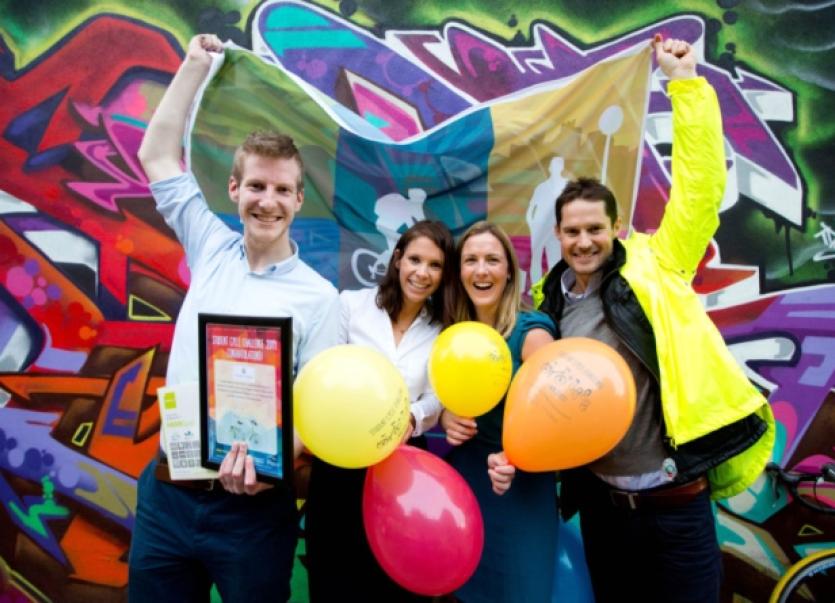 A GROUP of LIT students have narrowly missed out on claiming a top sustainable travel prize.

A GROUP of LIT students have narrowly missed out on claiming a top sustainable travel prize.

The group entered the Student Cycling Challenge, which is open to college campuses across Ireland which promote Smarter Travel.

Its aim is to clock up as many cycle trips as possible in the space of ten days.

LIT’s Biotech team came in second position having clocked up 371 trips, missing out on first position by just eight trips to the Victorious Vets from University College Dublin.

But there was success for other Limerick entries, with Ciara Meikle from University of Limerick winning the Best New Cyclist Story Category.

Ciara, who calls herself a ‘born again cyclist’, said the Student Cycling Challenge helped her discover a love for pedal power. The university also won Best Campus award for the highest weighting of trips across all students participating from their campus. Meanwhile, Limerick Smarter Travel Coordinators, Ross Higgins and Sean Collins won the Best Campus Implementation Team Award in recognition of their promotional work and efforts to motivate UL students to get involved in the Challenge.

Pat O’Neill, project manager, Limerick Smarter Travel said: “We are continually looking at new and innovative ways of encouraging commuters and residents of Limerick City to consider alternative methods of transport. The Student Cycling Challenge is an excellent initiative as it encourages students to consider using their bikes when travelling to and from college as well as during their day-to-day lives.”

There were also wins at the Student Cycling Challenge award for Sofie Dragstad, as well as runners up prizes for fellow UL students Eadaoin Slattery, Kieran Ralph, Eoin O’Callaghan, and Stephen Johnson.

A team from Mary Immaculate College, won a random draw spot prize. in the competition.