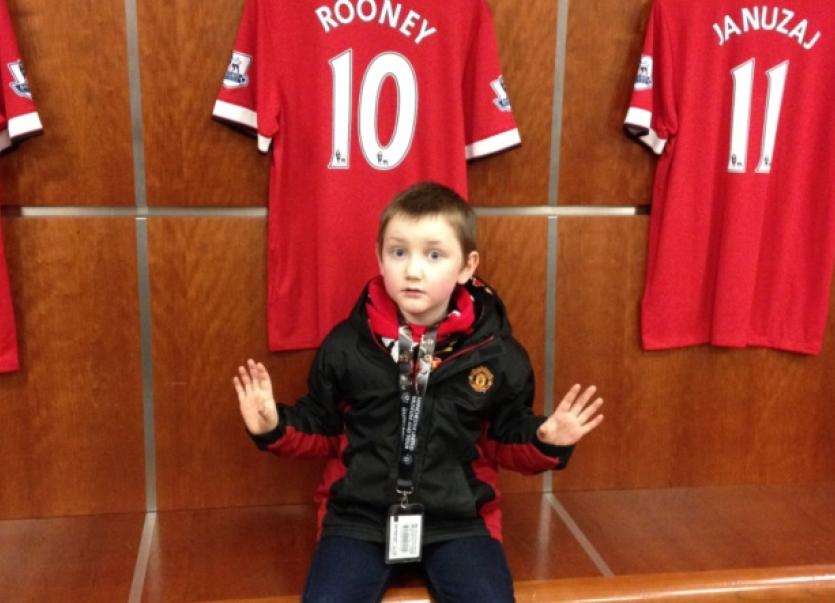 The father of a six year old boy who recently become the youngest member of Mensa has called for better supports in school for gifted children like his son.

The father of a six year old boy who recently become the youngest member of Mensa has called for better supports in school for gifted children like his son.

John Fitzgerald from Kildimo has the reading ability of a 15-year-old and has already read all the Harry Potter books.

He was able to recite the 12-times tables at the age of three and often solves sixth class maths problems in his spare time.

During a recent appearance on the Late Late Show, he stunned host Ryan Tubridy and the audience by performing a complex maths puzzle where he calculated the value of Ryan’s name by assigning a number to each letter and then adding them all up - in just seconds.

His father Barry recalls reading bedtime stories to his son when he was just two years old and John being able to point out any words he had missed.

“He generally learns on his own and he partakes in the stuff he can partake in,” said Barry.

And, while he loves going to school in Kilcornan NS, Barry is concerned that the resources are simply not there to help children like his son realise their full potential.

“There are other kids there who are getting one-0n-one with the teacher and that is the kind of thing that he needs.

“Disadvantaged kids get the resources which is fair enough, but I have checked with the principal and John is not entitled to anything,” he said.

“He is special needs but in a different way,” Barry added.

In order for John to realise his full potential, Barry believes he needs special support for a few hours a week.

“The curriculum is never going to be a problem for him, but to get the one-on-one support to help him reach his full potential is the thing,” he said.

John made headlines recently when he was revealed as the youngest of Mensa’s 1,000 Irish members, with an IQ in the top 2% of the population. A week in which he was featured in several national newspapers was capped off with his Late Late Show appearance.

His dad says he enjoyed his time in the limelight but was happy to get back to normality,

“He loves going to school, he loves his friends and he would never miss it,” he said.

And despite his extraordinary intellect, John remains an ordinary little boy with a passion for soccer and especially his beloved Manchester United.

“He’s passionate about Wayne Rooney and another hero is Roy Keane. John recently did a school project on another idol, Pele,” Barry added.