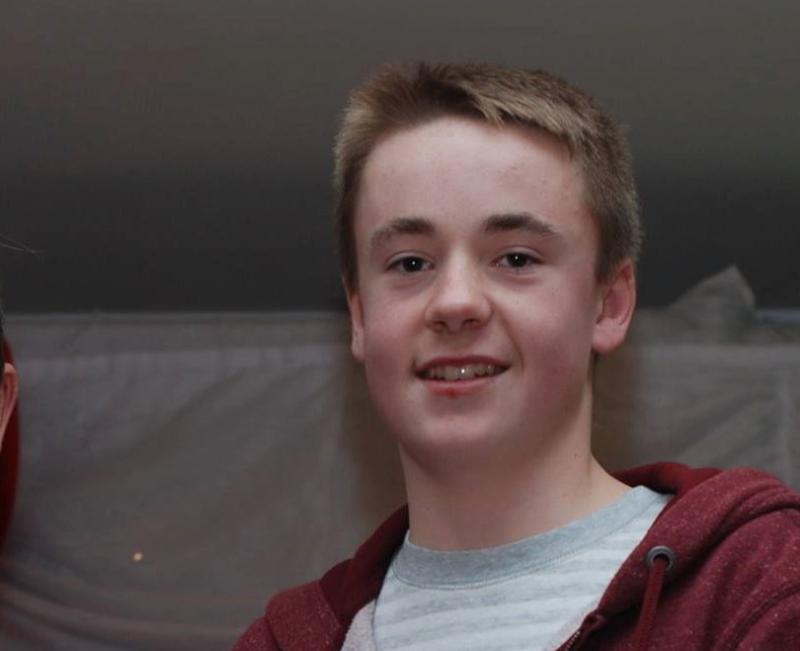 NIALL O’Brien, the 21-year-old UL student from Monaleen, who died tragically while on holiday in Greece, has left a legacy of love, a treasury of love, Fr John Campion said at his funeral Mass in Milford this afternoon.

“The best tribute, the best memorial we can make to Niall is to use his legacy of love and give it especially to those who need it most,” Fr Campion said.

Earlier, many gifts were brought to the altar, symbols of Niall’s young life: a family photograph, a hurley, a collage of friends, a deck of cards and a schoolbook.

Irish man charged over death of Limerick student in Greece

Niall, he continued, was a bright light that had now been extinguished, a larger than life character, talented and a gift to those communities and groups in which he was a member.

“He loved life, he made friends easily, he loved sport,” he said describing Niall. “He was blessed with a wonderful intellect..He had that ability to make friends, to be a friend. “He was a sure shelter.”

“Life with Niall was an adventure to be lived,” he continued. The trip to Greece with his friends from UL and from UCC was meant to be an adventure too, Fr Campion said and five of them had stayed on in Greece to travel back with Niall’s remains.

The priest also spoke of the great love, compassion, kindness and empathy shown to Niall’s family since his death. They were, he said, a light in the darkness at a time of uncertainty and painful waiting.

“Remembering Niall, his strengths, his weaknesses, his talent, his warm personality will be very important in the next few days, weeks and months.This love we carry in our hearts can help us carry on with indeed, and indeed we must.”

Tributes were also paid by three of Niall’s best friends. He was loyal, and genuinely hilarious, always up for a laugh, said Sam Burns.  “He was a huge personality. He lit up the room with his trademark smile and iconic laugh,” said one. He was a true hero, said Eric O’Neill.

“No matter how dark the room, Niall always found a way to lift the room.” Adam Myers, one of the five who stayed in Green  said it had been a privilege to stay with Niall’s remains. . “We got to spend time with a close friend,” he said simply.

In a heartfelt tribute to his dead son, Mike O’Brien said: “He has left our family a wonderful legacy of love and joy.”

And he traced the main threads of Niall’s life, through his schooldays in Monaleen and Castletroy College, his hurling days with Broadford as “dictated by family tradition” and his thrice weekly trips to Castletroy Golf Club.

He spoke too of the tight family they were, of birthdays and Christmas traditions, and of Niall’s love for his brothers and his special bond with his youngest brother Alan. “He had a  promising career and life ahead of him,” he concluded. Unfortunately now, that was not to be. And that was  a profound sadness for a all of them.

“Niall has died as a very young man. During the years he lived, he live a happy, fulfilling life. We loved him dearly. We will miss him terribly.”

Niall died on August 31 on the Greek island of Ios.

He is mourned and survived by his parents Mike and Anne, his brothers Cian, Eoin and Alan, grandparents Basil and Rita Boyce; uncles and aunts and a great many dear cousins and friends. Burial was in St Peter’s Chruch grounds, in Broadford, Co Clare.