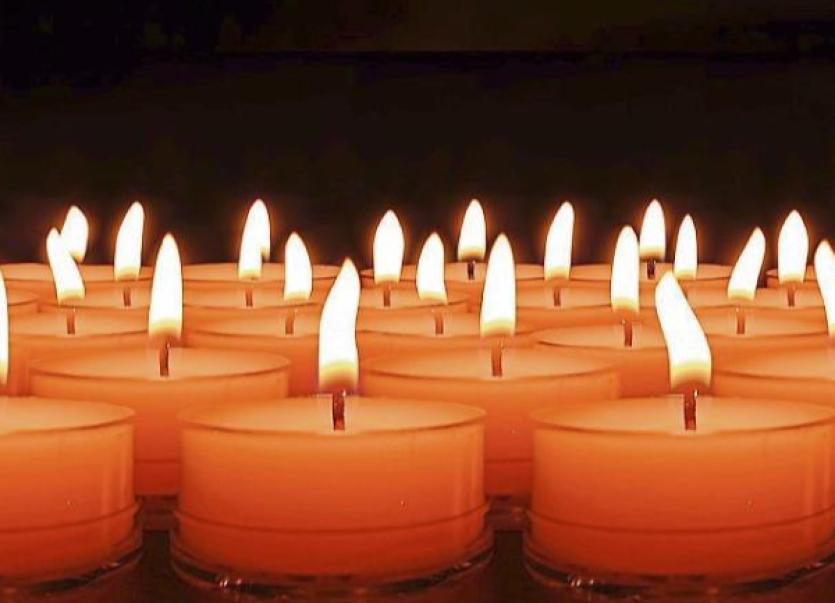 Requiem Mass, for family and close friends, will take place at 11.00am on Wednesday (July 14th) in St. John's Cathedral

Mass will be streamed live (to view click here)

In compliance with the current HSE guidelines, the funeral will be limited to fifty people. Please ensure social distancing and public health advice is adhered.

Messages of sympathy may be expressed through the condolence section on rip.ie or cards and letters of sympathy can be sent to Cross' Funeral Directors, Lower Gerald Griffin Street, Limerick.

The death has occurred of Nuala Dunne (née McGowan), Lacka, Doon, and formerly of Ballyshannon, Donegal.

Reposing at her residence Monday evening from 4 o’c for family, friends and neighbours. Funeral cortege leaving her residence on Tuesday morning at 11 o’clock to arrive in St. Patrick’s Church, Doon, for Requiem Mass at 11.30 o’clock with burial afterwards in Doon Cemetery. Family flowers only please, donations, if desired, to Milford Care Centre.

Please adhere to Government Guidelines re Covid-19. (Max. 50 people in the Church)

If you wish to leave a message of sympathy you can do so in the condolence section on rip.ie

The death has occurred of Michael (Mikey) Baggott, Ballinaschoola, Herbertstown.

Mikey passed away peacefully after an illness bravely borne (10/July/21) at the University Hospital Limerick. Brother of the late Dick and Paddy, Billy, Josie and Moira. Deeply regretted by William, Michael, Mags and Bridget O'Brien, cousins, neighbours relatives and friends.

For anyone who wishes to pay their respects to Mikey he will be reposing at Davern's Funeral Home Hospital, Co. Limerick V35XV95 on Monday (12/July/21) from 2pm until 7pm.

The family will not be present for this.

Mikey's funeral will arrive at the Sacred Heart Church, Herbertstown, on Tuesday (13/July/21) at 11.15am for requiem Mass at 11.30am with burial afterwards in Ballinard Cemetery.

The route the funeral cortege will take from Davern's Funeral Home is left for Herbertstown, pausing at Mikey's residence, then turning right to drive through Herbertsown Main Street via the primary school then arriving at the Sacred Heart Church Herbertstown - for anyone who wishes to line the road as a mark of respect.

Messages of condolence and support can be left on rip.ie Mass cards can be posted to Davern's Funeral Home, Hospital, Co. Limerick.