OBITUARY: Faithful member of Limerick community will be missed 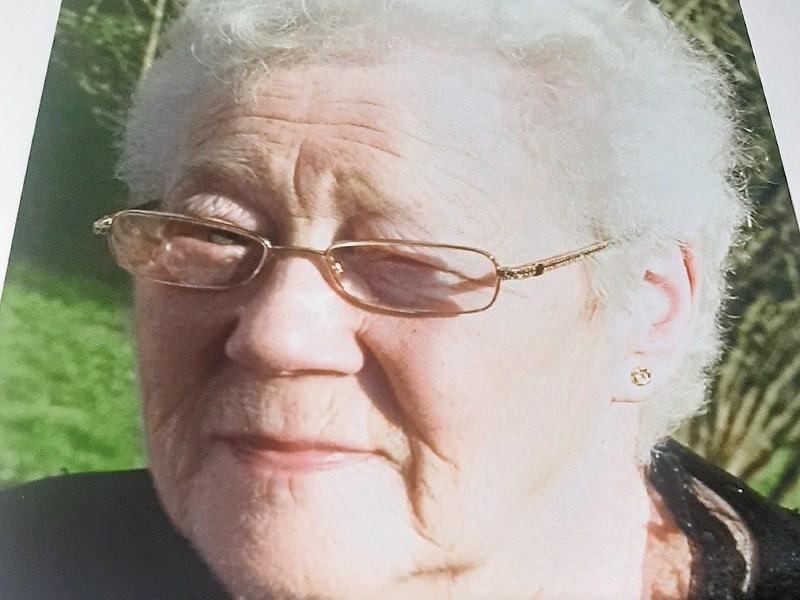 Initially I want to thank Fr. Joe for celebrating Mary Gleeson’s funeral Mass here with us in Glenbrohane Church. A sincere word of thanks to Andrew the Sacristan and also to Costigan Undertakers.

A big thank you to the following for their commitment to Mary’s health and well-being – the HSE, the nurses, carers and doctors.

On January 12 1941 Mary was born. She had three sisters and one brother. In her early years she worked as a baker in Nenagh.

She started working for Fr. Ryan in 1968. Her time with him took her to three parishes- Upperchurch/Drombane, Murroe/Boher and Knocklong/Glenbrohane.

I met Mary at Mass in this church. I also met her on the political canvas and many a raffle ticket she bought from me. I assured her that she would win but unfortunately that was not so. Subsequently as a neighbour she was second to none.

Being retired, I shared many conversations with herself and Fr. John. I remember vividly going over one morning at 11 o’clock, Fr. John was home from 10 o’clock in the Glen.

I saw porridge in a saucepan on the Aga bubbling and splurting to the ceiling. I removed it to a lower temperature on the side. Mary came in and put it straight back in the middle of the ring, saying that she was in a hurry and didn’t want to be waiting.

Another day she was peeling carrots like a modern machine. “You do it so fast Mary” I said. “I haven’t time to delay”. A heated discussion then started when I told her that it was a left handed peeler. I was unable to work it being right handed.

Mary was an excellent cook. She also got tips from Donal Skehan and Nevin Maguire. Delicious, tasty and wonderful dinners were also served up. How proud she was on Confirmation day when she hosted the Archbishop and priests from neighbouring parishes. If someone perchance came they got a tasty dinner too. I can bear witness to that, as many the dinner I enjoyed in Mary’s and Fr. John’s company.

The teapot was always on the Aga and the toast made on the Aga was delicious. This was topped off with Mary’s homemade Marmalade. If the toast burned everyone else was to blame and silence prevailed until the next slice of toast was ready to eat.

The side table in the dining room had loads of treats for any random caller.

In passing, Mary was not a great time keeper. When Fr. John was away she would ask us for a lift to the Glen. Invariably when we called and rushing for Mass she had a cup of tea in her hand and rollers in her hair. These were extracted in the back of the car on her way up the road to Mass.

Her fondness for Fr. John was always evident. She would scold him for being late for meals, which often happened, but at the back of it all she loved looking after him.

Mary loved a day shopping and eating out in a fancy hotel or restaurant. She also loved her style and bought only the best.

She had lots of friends in the parish, and with the high regard they had for her, they included her in all aspects of the parish – resulting in Garryspillane being her home.

Also her warm welcome to the Parochial House endeared her to the Community. That warmth was part of Mary’s DNA and many visitors called to the Parochial House. It was an open house for everyone. She was always thrilled when the ladies from Murroe called. She prepared in advance for them and her ring cake and pavlova was a speciality for them.

Mary was an animal lover. She tended to them with great care and attention. Her animal friends were dogs, cats, birds and foxes. She took her dog Shelley to Mass in the morning to this Church. Shelley waited under the pew. She walked Shelley down the Port Road while Fr. John finished his prayers in the church. Just to remind you Shelley was named after a famous Tipperary hurler.

Mary’s life ran parallel to another person’s life. That is her devoted friend Nell McCarthy. Down the years Nell was just a good neighbour and a dear friend. But as life moved on and Mary’s needs came to the fore Nell was there at the end of a phone to help, console, shop, arrange an appointment and to walk Misty her dog.

Nell gave Mary her own valuable precious time indicating Nell’s generous nature. Even though Nell had her own commitments Mary Gleeson was an important person. “Aren’t you lucky Mary”, we said one day. Mary said “ I know, I don’t know how I would manage without Nell”. Nell, we the community and the Gleeson family say a Big, Big Thank You. Thank you Nell.

Mary, we send you on your journey. What a journey and celebration of your life among us it would have been in ‘normal times’. We’d chat about your life in the community here. The Cycle Run, St. Vincent de Paul, Brid Shine’s Apostolic Work, Fund Raising for Social Services in Cleeve House. We’d chat about the Welcome Inn, how you enjoyed an old time waltz and your rendering of Slievenamon. In the First Reading we read, there is time for this and time for that. Mary had time for everything and everybody.

Finally, a great friend of Mary’s was Fr. Roy Donovan who was a curate in this parish a few years ago. He said Mary was unique. In Irish, he said: “Ni bheidh a leitheid ann aris”.