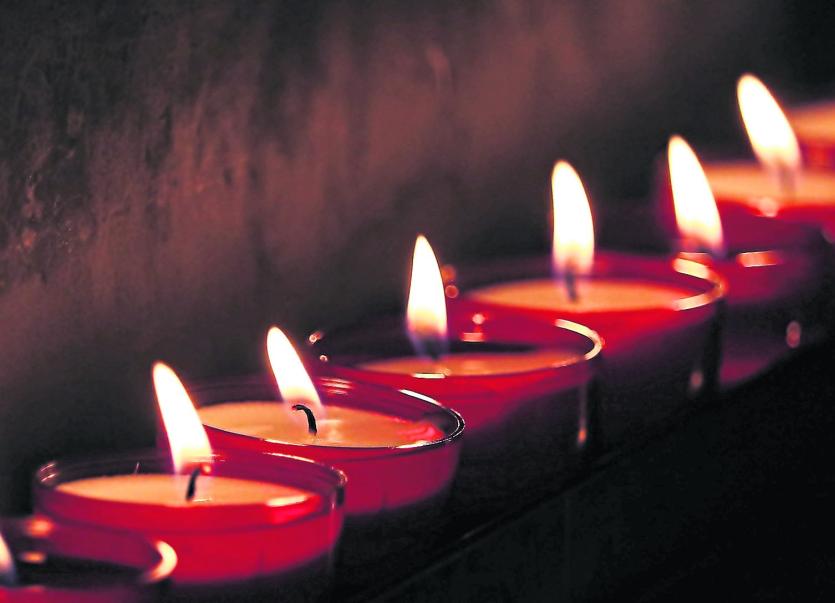 January 31st 2021 at University Hospital Limerick. Beloved wife of the late Michael and mother of the late Matthew and Dinny.

May She Rest In peace.

Mass will be streamed live on www.croomparish.ie

As per Covid guidelines while adhering to government directives.

Sympathies can be expressed below or Mass cards and letters of sympathy can be sent to Daffy's Funeral Directors Croom.

Margaret passed away peacefully, in her 97th year, on February 1st 2021, in the loving care of the staff of Abbot Close Nursing Home, Askeaton. Predeceased by her loving husband Sean, her sister Maureen and her brother Thomas. Dearest aunt of Maureen (Egan), Ann (O’Dwyer), Eithne (Gleeson), Gerald (Casey), Jack (Ryan) and Michael (Ryan). Sadly missed by her adoring grandnieces and grandnephews and her great grandniece and grandnephews, relatives, neighbours and friends.

May Margaret Rest in Peace

Mass Cards and Messages of sympathy may be expressed through Downey Funeral Directors, Pallaskenry, Contact 061393111.

Peacefully, at her family home, surrounded by her loving family. Survived by her husband Michael and children Brian, Sinéad, Aisling and Niall, daughter-in-law Anita, sons-in-law David and Dickie, grandchildren Jack, Darragh, Joyce, Clodagh, Michael and Elise, and her brother Owen.

In line with Government regulations a private funeral will take place tomorrow, Tuesday, after 11.30am mass at St. John the Baptist Church, Hospital, Co. Limerick. Condolences can be submitted through the condolences link on rip.ie

The death has occurred of Ger Dillon, Millbrae Lodge Nursing Home, Newport, and formerly of Thomondgate.

Funeral arriving at Shannon Crematorium on Thursday (February 4th) at 12pm. (Please note the Crematorium Chapel, will be restricted to family only)

In compliance with the current HSE guidelines, the funeral will be limited to 10 people. Please ensure social distancing and public health advice is adhered to.

Messages of sympathy may be expressed through the condolence section on rip.ie or cards and letters of sympathy can be sent to Cross' Funeral Directors, Lower Gerald Griffin Street, Limerick.