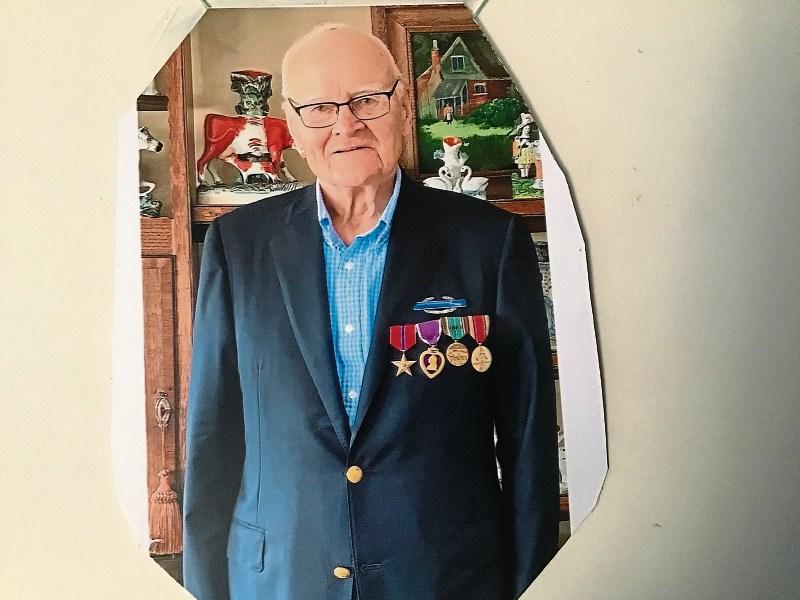 ON OCTOBER 27 shortly before his 96th birthday, Tom Moore left us after an active life that touched many people from Stonington Connecticut to Limerick, Co Galway, other parts of Europe and Asia.

Born in Westerly Rhode Island in 1925 Tom went to Taft School and at the age of eighteen went straight into the US Army then preparing for the WWII landings in Europe. He was very proud to have been a member of the Second Ranger Infantry Battalion and landed at Utah Beach on D-Day+5.

A few weeks later he took part in the fierce battle of Hurtgen Forest where 5,000 US soldiers lost their lives before gaining eventual victory.

Tom was wounded and shipped back to the US having earned three Gold Stars and a Purple Heart of which he was very proud. Graduating from Yale University in 1949 he joined the family textile business, Fulflex, which later as chairman he expanded within the US, to Europe and to the Far East. In 1970 he opened a factory in Limerick, specialising in the manufacture of elasticated tapes and fabrics, and over the following 37 years employed a workforce of more than 125 people.

The opening ceremony was performed by a youthful Des O’Malley, recently appointed Minister for Justice. There were many ups and downs in operating the Limerick factory, but Tom enjoyed telling the story that at one time some of the workers were pressing him for unusual extra days off. After a while he discovered that following a recent recruitment drive, he now unknowingly employed the entire Limerick soccer squad.

Tom had been visiting Ireland since the mid-1960s, always staying at Bunratty, and for relaxation he became a regular visitor to Burke's Horse Riding stables at Newmarket on Fergus. They introduced Tom to hunting with the Clare Harriers, an activity that he enjoyed as often as he could along with occasional visits to The County Limerick Foxhounds.

In 1983 he was invited by Lord Hemphill of Tulira Castle, to join him as a Master of the famous Galway Blazers then hunted by Michael Dempsey. This proved to be a most successful sporting partnership and perhaps some of Tom’s happiest times. He was especially delighted to be asked to help parade the hounds at The Dublin Horse Show.

With his gentle and genial personality, his respect for everyone he met, and perhaps his old fashioned manners, Tom was always welcome in all company. He had a deep interest in the countryside, nature, history, legends and people, and possessed a strong Roman Catholic faith.

With his wife Marguerite, always a strong supporter, Tom bought a beautiful and large thatched cottage in Kilcolgan, Co Galway overlooking the river, where they entertained generously a wide circle of neighbours, visitors, family and friends for many years before permanently retiring home to Stonington to be nearer family.

His much loved horse “Dempsey” was flown to America to enjoy life as a companion and first ride for many of his fourteen grand-children. Tom continued to return to Ireland and follow the hunt on foot, striding out over the fields, clambering over the stone walls and meeting landowners even into his nineties. In his pocket as always, was a small misshapen and very old plastic shampoo bottle containing something to keep him and his companions warm.

Tom passed away peacefully at home.

He is survived by Marguerite, his devoted wife of seventy years and their large family of eight children: Dorothea, Marguerite, Peter, Elizabeth, John, Alexandra, Susan, and four year old Timmy who predeceased them.

A private funeral liturgy will be held in Stonington CT followed by a burial with Full Military Honours.