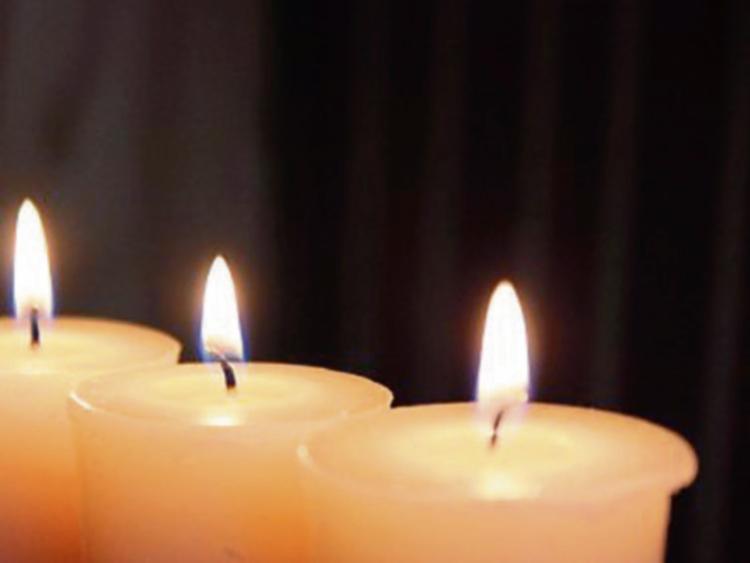 The death has occurred of Maureen Morrissey (née O'Donnell)

Of Hospital and Sligo

Maureen passed away peacefully in her 80th year, on August 18, 2020 at the University Hospital Limerick. Loving wife of the late John. Sadly missed by her sons Shane and Quentin, grandchildren Róisín, Luke and Liam, Óisin, Eilís and Rónán, daughters-in-law, Gabriela and Erin, brothers-in-law, sisters-in-law, nieces, nephews, cousins, family, relatives and a wide circle of kind neighbours and friends.

Maureen will be reposing at Davern’s Funeral Home, Hospital, this Saturday, August 22 from 11am until 9pm for anyone who wishes to pay their respects.

The family will not be in attendance

Maureen will arrive at St. John The Baptist Church, Hospital, on Sunday, August 23 at 10.50am for Requiem Mass at 11am, burial afterwards in the adjoining cemetery.

May her gentle soul rest in peace

Due to the present climate under Covid-19 restrictions; anyone who would have liked to have attended Maureen's funeral and express their sympathy and support to the family at this sad time can post Mass cards to Daverns Funeral Home, Hospital.

The death has occurred of Donal (Donie) Reidy

Of Masonbrook, Loughrea and Tournafulla

On August 18, 2020 in care of the staff of University Hospital Galway, surrounded by his loving family.

Donie will by sadly missed by his heartbroken wife and best friend Patricia, (Pat).

Devoted father will be forever loved and missed by his children Kevin, Adrian, Shane, and Donna and his daughter and son in-law, Patricia and Dave.

Cherished Grandad will be so fondly remembered by Darragh, Oisín, Avril and Mae.

Donie will be lovingly missed by his brothers Michael, John, James, Terence, Anthony and sisters Mary, Brigid, Carmel and Bernie and his extended family, friends and neighbours.

Due to government and HSE guidelines regarding public gatherings, Donie’s Requiem Mass will be for immediate family only, which will take place in St Brendan’s Cathedral, Loughrea, on Friday August 21 at 1pm followed by burial in Mount-Pleasant Cemetery.

Donie’s funeral Mass will be streamed online at loughreacathedral.ie or at churchservices.tv/loughrea

Due to government and HSE guidelines regarding public gatherings outside St Brendan’s Cathedral, Barrack Street, Loughrea, if people wish to form a guard of honour after Donie's Requiem Mass on the route of the funeral Cortège to Mount-Pleasant Cemetery as a mark of respect for the Reidy family, this guard of honour will start from the far side of the Convent gates on Cross Street, so as not to disrupt traffic at the junction for the Lake Road keeping a minimum of two metre’s apart at all times.

“Donie, may your kind & gentle soul rest in peace”