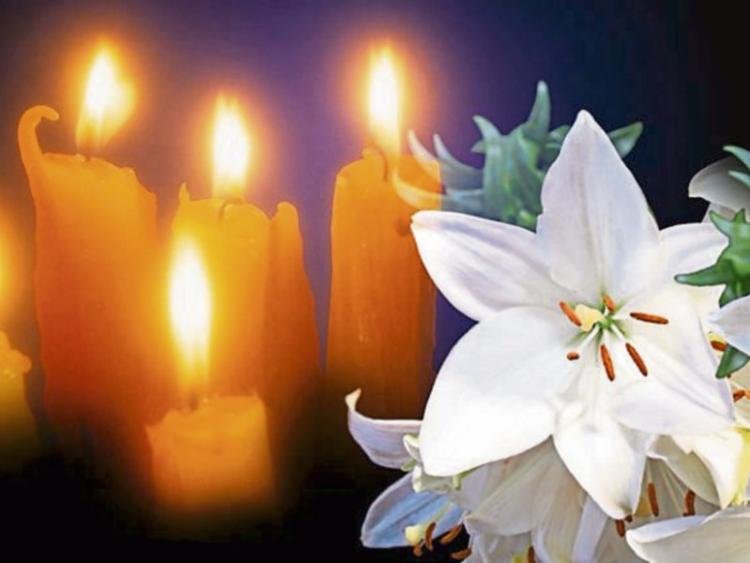 The death has occurred of Donal Richard (Donie) Forde

Due to Government restrictions on Covid-19 a family only funeral Mass takes place in Dermot O’Hurley Memorial Church, Caherline, on Thursday, August 20 at 2pm, followed by Donie's ashes being laid to rest in Inch St Lawrence Cemetery, Caherconlish, with his grandfather and father.

The death has occurred of Sr. Martha (Mary) Hickey

On August 18, 2020. Very peacefully in her 104th year, in the tender and loving care of the Matron and staff of Beech Lodge Nursing Home, Bruree. Pre-deceased by her brothers Jim, Maurice, Tadhg, Sean and her sisters Sheila, Bridie and Monica.

In compliance with current guidelines, Sr. Martha's funeral will be confined to family and close friends. Reposing at Daffy's Funeral Home, Kilmallock, this Wednesday evening from 6pm followed by evening prayer at 7pm. Funeral arriving Thursday for 12noon Requiem Mass at The Church of the Immaculate Conception, Bruree, followed by burial afterwards at the Drishane Cemetery, Millstreet.

The death has occurred of Martha Sloane (née Madigan)

Of 4 The Green, Balla, Mayo and Limerick City

Peacefully at Cuan Chaitriana Nursing Home, Castlebar on August 18, 2020. Late of 4 the Green Balla, Greenock, Scotland and Limerick City. Loving Wife of the late George, Loving mum of Margaret, Muira and the late Rhonda and much loved granny Martha.

The death has occurred of Cathy Wallace

Very deeply regretted by her husband Patrick and family.

Private Family Cremation will take place in Shannon Crematorium on Friday at 11am.

The death has occurred of Helen (Cissie) Bargh (née Hyland)

Of the Square, Galbally

A private funeral Mass will take place at the Church of the Annunciation, Chesterfield, England on Tuesday, August 18, 2020.

A memorial Mass will take place in Galbally at a later date.