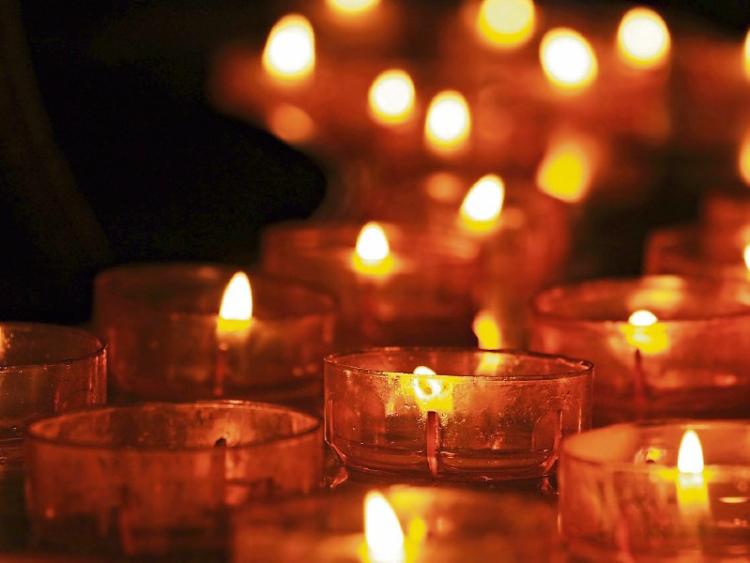 The death has occurred of Michael Bresnihan

Of Caherdavin, Limerick and Ventry, Kerry

Michael reposed at O'Connor's Funeral Home, Dingle. His remains were removed to Ventry Church on Thursday morning for Requiem Mass followed by interment in Ventry Cemetery.

The death has occurred of Alan Howell

Of the Square, Annacotty

Alan died peacefully, after an illness borne with bravery, at Milford Care Centre. Beloved son of the late Douglas and Margaret. Sadly missed by his loving wife Rachel, brothers Douglas and James, sisters-in-law Louise and Kate, nieces Sarah and Laura, nephew Doug, other relatives and friends.

In compliance with current guidelines and with the support of Alan’s family, his funeral will be private.

Messages of sympathy may be expressed through www.griffinfunerals.com or by post to Griffin’s Funeral Home.

The death has occurred of Helen (Nellie) Lowe (née McDonnell)

Of Kilmurry Road, Garryowen and Killalee

The funeral cortege will pass Kilmurry Road, Garryowen and Keane Street, Kilalee at approximately 11.25am to 11.35am this Saturday, June 6. In line with best practice taken from government advise regarding public gatherings, a private funeral will take place. Mass Cards and letters of sympathy can be posted to Thompson Funeral Directors.

The death has occurred of Peter O’Mahony (Jnr)

A private family funeral will take place for immediate family due to government advice and HSE guidelines regarding public gatherings. For those who would like to pay their respects by means of standing in a guard of honour the funeral cortege will depart Peter’s home on Saturday at 11:15am. and travel via Knockulcare, Mountcollins to arrive at St. Patrick’s Church, Tournafulla for Requiem Mass.

Family flowers only please. Donations if desired to Pieta House. Those who would have liked to attend the funeral, but due to current restrictions cannot, please send Mass cards and letters of sympathy by post, c/o Harnett’s Funeral Home, The Square, Abbeyfeale, Co Limerick.

The family intends to hold a memorial Mass to celebrate Peter’s life at a later stage.

The death has occurred of David (Dave) Walsh

Of Duntryleague, Galbally and Ballylanders

Due to government advice regarding public gatherings, Dave's funeral Mass will be private on Sunday at 12noon in The Church of The Assumption, Ballylanders followed by burial afterwards in Ballylanders Cemetery.

The family would like to thank you for co-operatiion and understanding at this time.