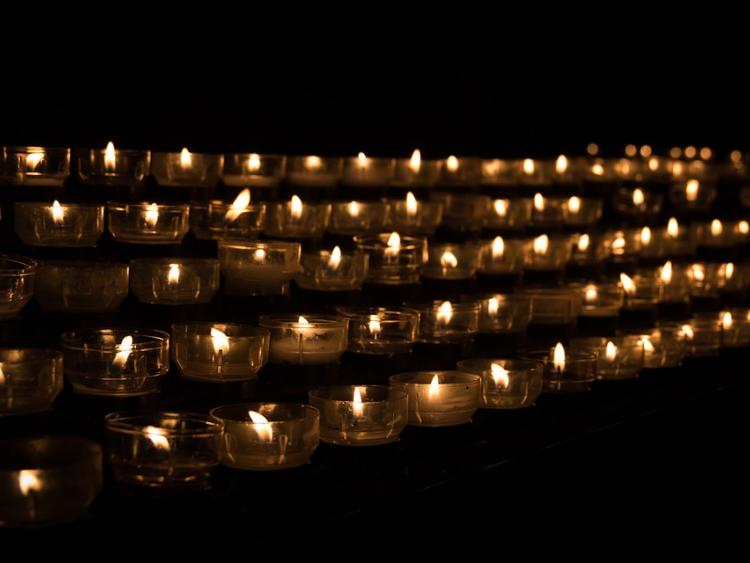 The death has occurred of Rita Corbett (née O'Donoghue) of Colbert Park, Janesboro, Limerick. Peacefully, at St. John's Hospital, Limerick. Beloved wife of John and adored mother of John, Michael, Stephen, Christopher, Wayne, Marilyn, Tracey and the late Jason. Sadly missed by her son-in-law David, cherished grandchildren, great grandchildren, sisters, brothers, sisters-in-law, brothers-in-law, nephews, nieces, other relatives, friends and neighbours.A private funeral will take place, due to government advice regarding public gatherings and with the agreement of the family.  Rita's cortege will pass the family home in Colbert Park, Tuesday (May 19) at approx 1pm, for those wishing to pay their respects, while adhering to the current Covid–19 recommendations with respect to social distancing. May she rest in peace.

The death has occurred of Bridget (Bríd) Hayes of Corbally, Limerick. Late of Limerick Corporation and Castletroy Golf Club). May 18 2020 peacefully at Milford Care Centre. Beloved daughter of the late Martin and Catherine, formerly of Thomas Street, Limerick. Sadly missed by her loving brother Noel, sister-in-law Mary, nephews Jimmy and Martin, extended family and friends. In line with best practice taken from government advice regarding public gatherings, a private funeral will take place. May she rest in peace.

The death has occurred of Brendan Moloney of Garryowen and of Birmingham. Peacefully, in Birmingham. Very deeply regretted by his brother Patrick, nephews, nieces, their families and friends. A private funeral will take place, due to government advice regarding public gatherings and with the agreement of the family. May he rest in peace.

The death has occurred of Richard Nash late of Dromindeel, Newcastle West and Agadir, Morocco. Richard passed away peacefully at his home. Predeceased by his sister Joan Jordan (Gort), brothers Pat-Joe, Tom and Mike. Deeply regretted by his sisters Margaret O'Connor, Mary Mullins (Killarney), Breda O'Connor, brother-in-law Paddy Jordan, nephews, nieces, relatives and friends. Due to government advice and restrictions regarding public gathering a private funeral will take place. May he rest in peace.

The death has occurred of Peter Neylon of Thomondgate, Limerick and Mangerton Close, Cork City. On May 17 peacefully in the care of the doctors, nurses and palliative care team of St.Finbarr's Ward, Mercy University Hospital, after a long illness. Peter (late of Murphy's Brewery); dearly beloved husband of the late Kay, loving father of Paula and Philip, beloved grandad of Eric, Seán, Alex and Amy and brother of the late Johnny, Tom and Pat. Sadly missed by his loving family, son-in-law Pat, sister Peggy, nieces, nephews, extended family, friends and neighbours. To follow best practices and guidelines and with the support of Peter's family, the funeral will take place privately. Mass will be live-streamed at 11am on Tuesday at blackpoolparish.com. May he rest in peace.

The death has occurred of Mary O'Farrell (née Leahy) of Keale, Millstreet / Killarney / Adare/ Liscannor. Beloved wife of the late Ben, loving mother of Mary, Seán, Betty, Gerard, Breda, Michael and the late baby Michael, mother-in-law of Pat Timmins, Johnny Maguire, Margaret, Lorraine and the late Timmy Flavin and dear gran of Mark, Karl, Seán, Gearóid, James, Ben, Frank, Elizabeth, Jack, Ben, Emily, John and Michael. Sadly missed by her family, sister-in-law Maureen Leahy, nephews, nieces, relatives, her dear friend and neighbour Mrs Thornton, all her great friends and the staff and residents at Our Lady Of Lourdes Care Facility, Kilcummin, Killarney. Predeceased by her brothers Mike, Willie and Paddy. In accordance with Government and HSE guidelines and in the interest of public health, a private funeral will take place for Mary O'Farrell. May she rest in peace.