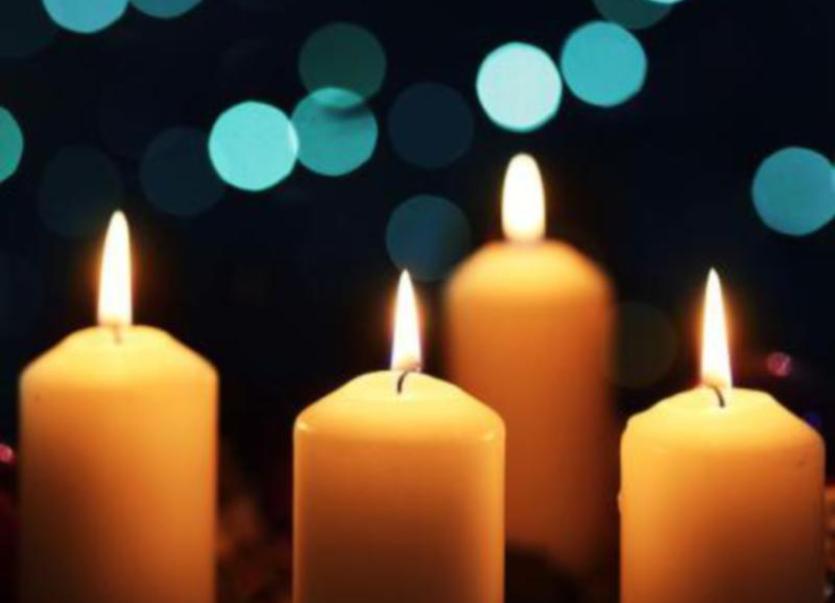 Sarah’s Funeral Cortege will pass her home in Monaleen Heights on Monday (May 18), at 11.30am for neighbours & friends to pay their respects while observing social distance.

Requiem Mass will be streamed online from 12 noon at http://funeralslive.ie/sarah-madigan/.

Marie's Funeral cortege, will pass the family home, on Shanabooly Road at 12.15pm on Monday (May 18), for those wishing to pay their respects, while adhering to the current Covid–19 recommendations with respect to social distancing.

The death has occurred of Fanahan O'Brien of Carrickaroche, Galbally, Limerick.

Requiem Mass (strictly private) on Monday at 11am in Galbally Church. Burial afterwards in the local Cemetery.

The death has occurred (peacefully at Milford Care Centre) of Thomas Kenny of Main Street, Hospital, Limerick and Streatham, London.

Eldest son of the late John and Mary Kenny. Beloved partner of Gillian and step-father of Sally, Paul, partners John and Jane, and their children.

Sadly missed by his brother John, his sisters Anne, Joan and Deirdre, his sister-in-law Margie, his nieces and nephews, uncles, aunts, cousins, neighbours and wide circle of friends in Ireland and the UK.

A private Funeral Mass will take place on Monday (May 18) at 11.30am in Saint John the Baptist Church, Hospital, Limerick, followed by burial in St Coolan’s Graveyard, Tuamgraney, County Clare.

The death has occurred (peacefully at Milford Care Centre) of Brendan (Jacko) Lewis of Glenfield, Kilmallock.

Beloved husband of Bernie, much loved father of Fiona and Brendan and his grandchildren, Eoghan and Saoirse.

Adored brother to Michael, Johnny, Pauline, Annette and Teresa. Missed by his many nieces, nephews, brothers and sisters in-law, son in-law, cousins, relatives, kind neighbours, his many friends and his former colleagues at Kilmallock Fire Brigade.

In line with Covid-19 guidelines, Brendan's funeral cortege will leave his home on Monday morning, (his birthday), at 11:30am for 12 noon requiem mass at SS Peter & Paul’s Church, Kilmallock, followed by burial afterwards in the local cemetery ,which will be confined to family and close friends.