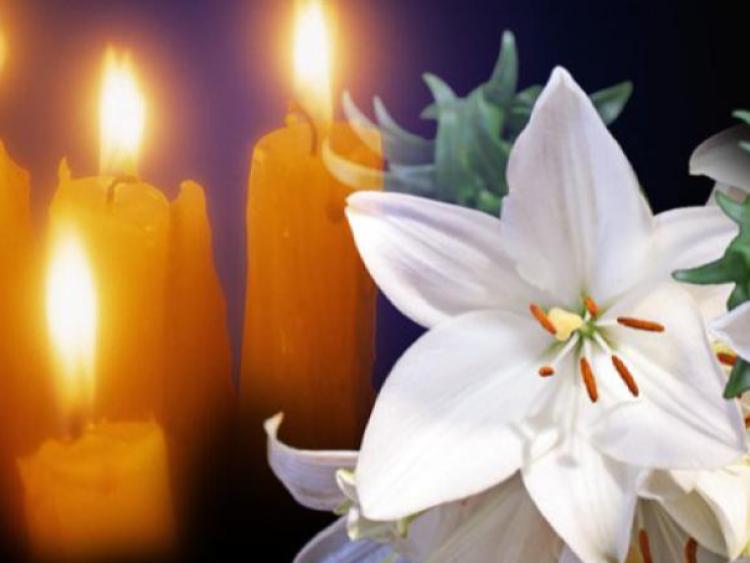 The death has occurred of Lelia Mc Carthy (née Moriarty), South Circular Road. Peacefully surrounded by her family. Beloved wife of the late Desmond. Dearly loved mother of Gerard, Karen, Evelyn, James and Frank. Much loved by her sisters, brothers, sons-in-law, daughters-in-law, grandchildren, extended family and friends. A private funeral will take place. May she rest in peace.

The death has occurred of Bridie Kelly (nee McLoughlin), 14, St. Ita’s Housing, Convent Street, Abbeyfeale, and formerly of Tullig North, Templeglantine, who passed away at her residence on Friday, April 3rd 2020. Bridie, wife of the late Arthur and mother of the late Dorothy, is very sadly missed by her sons Kevin, Seán and David, daughter Annette, sisters Bernie, Agnes, Mary and Theresa, brothers Christy and Michael, grandchildren, great-grandchildren, all her in-laws, nephews and nieces.

A private family funeral will take place for immediate family due to Government advice and HSE guidelines regarding public gatherings. Requiem Mass will be live streamed on Saturday, April 4, at 3pm. Website : Church Services tv. Enter : Abbeyfeale Church. May she rest in peace.

The death has occurred of John Corbett, North Circular Road, and formerly of Mallow Street. John died peacefully, at home, in the wonderful care of the Milford Hospice home care team and the public health nurse.

Beloved youngest son of Sheila & the late Brian, pre-deceased by his sister Patricia. Sadly missed by his sisters Síle and Frankie, his brothers Freyne, Brian and Peter, sisters-in-law Cecily, Eleanor and Joan, brother-in-law Hans, also by his nieces and nephews, his aunts and uncle, his close friends, relatives and neighbours. His funeral will be private to invited family members only. May he rest in peace.