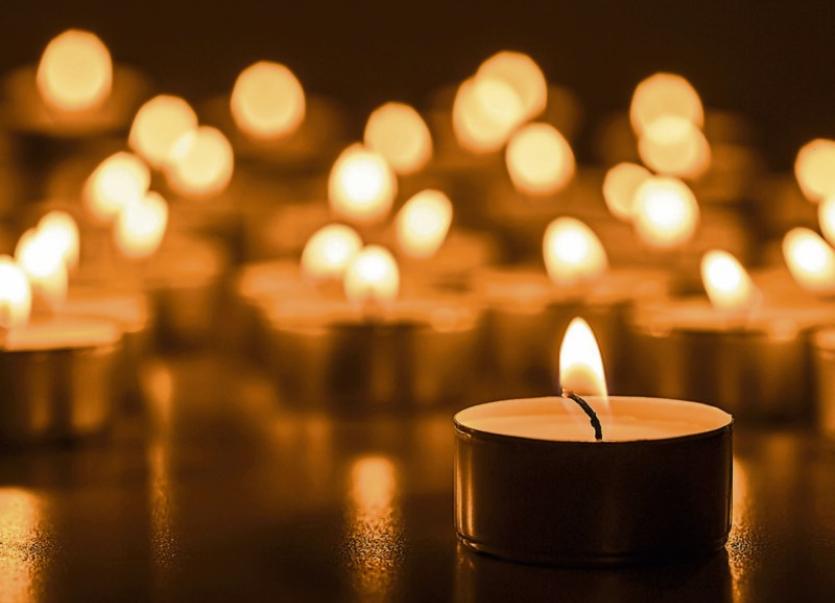 Funeral arriving at St. Joseph’s Church, O’Connell Avenue. on Tuesday (January 28) for Requiem Mass at 10.30am with  burial afterwards in Castlemungret Cemetery, Mungret.

The death has occurred (peacefully at St Vincent's Hospital) of Patricia (Patsy) Coffey (née Kelly) of Dublin and formerly of Limerick and Kilrush, County Clare.

Beloved wife of the late Tom and much loved mother of Lorna (McDermott), Linda (McGowan) and Ann (Clohessy). Missed by her brother Monsignor Vincent Kelly and sister Doreen (Howard).

Predeceased by her husband Simon, sisters Mary, Nora and Mairead.

Reposing at her residence on Sunday evening from 4pm to 7pm ,followed by removal to St. Mary's Church, Listowel.

The death has occurred of Michael O'Flaherty of Sheares Avenue, Kilmallock. Formerly of Gortboy Kilmallock.

Requiem Mass on Monday at 12 noon with burial afterwards in local cemetery.

Requiem Mass at St. Joseph’s Church, Castleconnell at 11.30am on Sunday with burial afterwards in Stradbally Cemetery, Castleconnell.

Removal from Milford Care Centre on Monday (January 27) to St Joseph’s Church, O'Connell Avenue, for Requiem Mass at 11.30am with burial afterwards in Castlemungret Cemetery.

The death has occurred of Thomas Joseph (Tom) Hanley. London and formerly of Bosnetstown, Kilfinane, Limerick.

Tom is survived by his sisters Mary and Joan, brothers Pat, John Joe and Mike, nieces and nephews and large circle of friends.

Predeceased by her brother Jerry and sister Mary Alice(Kennedy)

Requiem Mass this Sunday at 2pm in St Ailbe's Church, Emly with burial afterwards in the adjoining cemetery.

The death has occurred (peacefully at UHL) of Barry O'Sullivan of Hazeldene Drive, Ennis Road, Limerick.

Beloved husband of the late Emilie. Dearly loved father of David and Karin. Sadly missed by his loving grandchildren Daniel and his wife Chrissy, Finbar, Ellie and their mother Evelyn, great-grandsons Alfie and Rupert, nephews, nieces, extended family and friends.

Reposing at Thompson’s Funeral Home, Thomas Street this Sunday evening (January 26) from 4.30pm to 6pm followed by removal to Our Lady of the Rosary Church, Ennis Road.

Requiem Mass on Monday (January 27) at 11am with burial afterwards in Mount St Lawrence Cemetery.

Beloved wife of the late Brendan and deeply regretted by her sister Sr. Gerard L.C.M., South Africa, her nieces, nephews, relatives and friends.

Reposing at Kirwan’s Funeral Home, Ballygall Road West on Sunday (January 26) between 2pm and 4pm wth Removal on Monday to Our Lady of Victories Church, Ballymun Road arriving for 10am Requiem Mass.

The death has occurred (following an accident) of Larry (Laurence) Costello of Rochemount, Whitegate, Cork. Late of Adare, Limerick.

Requiem Mass on Monday (Januay 27) at St. Erasmus’ Church, Aghadam Cork at 11.30am followed by burial in All Saints Cemetery, Whitegate.

Family flowers only - donations in lieu to Marymount Hospice, Cork.

Removal from Thomopson’s Funeral Home on Sunday to Christ the King Church, Caherdavin for Requiem Mass at 12 noon.

Cremation service will take place in Shannon Crematorium at 2pm on Sunday.

Family flowers only please. Donations, if desired, to the Alzheimer’s Society of Ireland.

The death has occurred of Katie O'Brien (née Kelly) of Ballycannon, Croagh.

Requiem Mass on Sunday at St. John the Baptist Church, Croagh at 1pm with burial afterwards in the local cemetery.