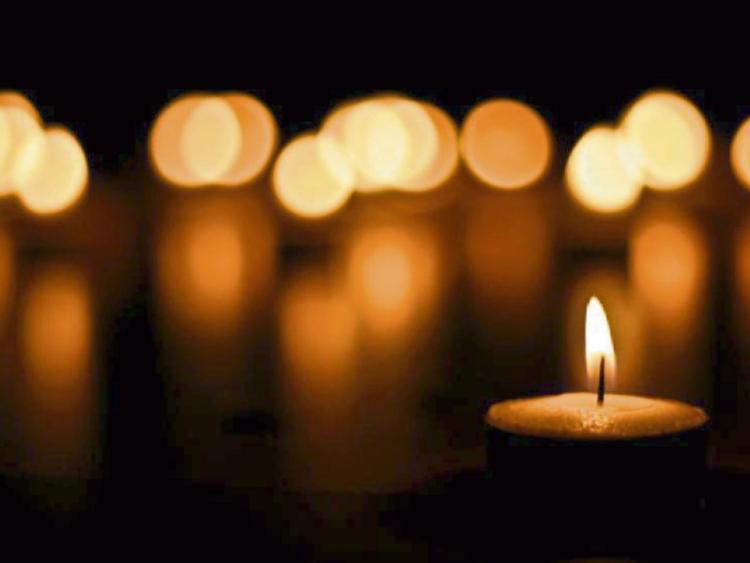 Beloved husband of Antoinette and dearly loved father of Robert and the late Dermot and Valerie.

Reposing at Thompson’s Funeral Home, Thomas Street on Sunday from 5pm to 7pm with Removal to St Munchin’s Church, Clancy Strand on Monday for Requiem Mass at 2pm.

The death has occurred (unexpectedly at UHL) of Mary Houlihan (née Hanley) of Manor Court, Adare,  Late of Morenane, Croom and Manister.

Reposing at Daffy’s Funeral Home, Croom on Saturday from 7pm with Removal at 8:15pm to St. Michael’s Church, Manister.

Requiem Mass on Sunday at 1.30pm with burial afterwards in the adjoining cemetery.

Family flowers only, please. Donations, in lieu, to the Irish Heart Foundation.

The death has occurred (peacefully at MIlford Care Centre) of Mary Mangan of Elm Park, Croom.

The death has occurred (peacefully at Waungron Nursing Home, Wales) of The Rt. Rev. Daniel Joseph Mullins of Clovers, Kilfinane, Limerick. Formerly for Cork and former Bishop of Menevia (1987-2001).

Dearly beloved son of the late Timothy and Mary. Brother of Canon Eddie Joe and the late Bernie, Eileen and Tadhg. Deeply regretted by his loving brother, nieces, nephews, relatives and many good friends.

Reception into St Joseph’s Cathedral, Convent St. Swansea, SA1 2BX will take place on Thursday, November 14 at 6pm with Funeral Mass on Friday, November 15 at 11.30am.

Interment afterwards in the Cathedral Crypt in St Joseph’s Cathedral.

A remembrance Mass will be held at a later date in Ireland.

The death has occurred of Michael O'Keeffe of Shannabooley Road, Ballynanty, Limerick.

Reposing at Cross's funeral home on Sunday from 4pm with removal at 5.30pm to St Munchins Church, Clancy Strand.

Requiem mass on Monday at 11am with burial afterwards in Mt St Oliver cemetery.

No flowers please, donation if desired in lieu of flowers to Milford care centre.

The death has occurred of Thomas Cusack of Corcamore, Clarina.

Removal from her home on Saturday to St. Joseph's Church, Ballybrown for 11.30am Mass followed by burial at Kilkeedy Cemetery, Ballybrown.

Reposing at Thompsons Funeral Home, Thomas Street on Saturday from 5pm to 7pm with removal afterwards to Christ the King Church, Caherdavin.

Requiem Mass on Sunday at 10.30am followed by burial in O’ Brennan Cemetery, Ballymacelligott, Co. Kerry.

Family Flowers only, donations, if desired, to Milford Care Centre.

Mother-in-law to Anne, Angela, Denis, Majella, Siobhan, Emi and John. Sister to Eithne, Jack and the late Donat, Meta, Joan, Mary and Patsy. Sadly missed by her family, neighbours at Knockea and a wide circle of friends.

Requiem Mass on Saturday at Knockea Church at 11am with burial afterwards in Donoughmore Cemetery.

The death has occurred of John Neenan of Broadford, Limerick. Late of the The Old Forge Bar and member of the Irish Hereford Breed Society Council.

Reposing at his home on Saturday from 3pm to 7pm with Removal, on Sunday, to the Church of Our Lady of the Snows, Broadford for Requiem Mass at 2pm.

The death has occurred (peacefully at UHL) of Josephine O'Regan (née Costello) of Lisheen Park, Patrickswell.

Requiem Mass on Saturday at the Church of the Blessed Virgin, Patrickswel lat 2pm with burial afterwards in the Old Cemetery, Adare.

The death has occurred of Rita O'Shea (née Cavanagh) of Clare Street, Limerick.

Requiem Mass on Monday at 11am with burial afterwards to Mount St. Lawrence (Old) Cemetery.

Reposing at Frasers Funeral Home, Galbally, this Saturday evening from 6pm to 8pm.

Reception into Christ the King Church, Galbally, on Sunday for Funeral Mass at 11.30am.