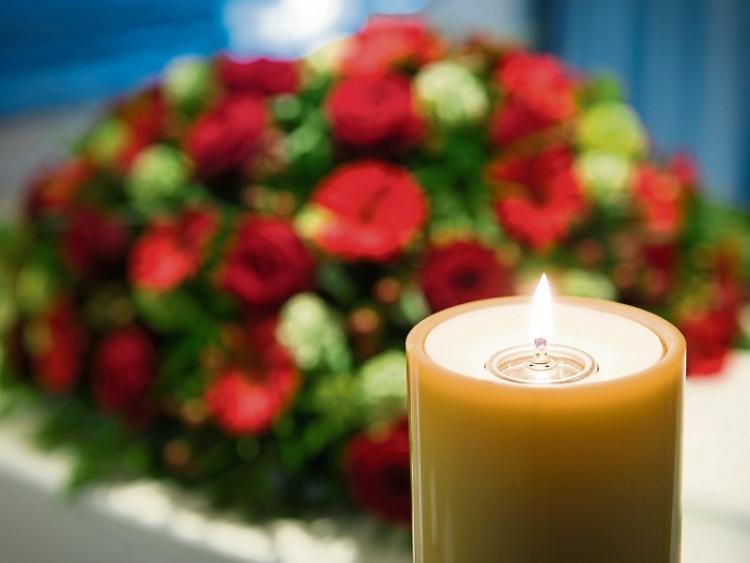 THE DEATH has occurred of Seamus Slattery, of O’Dwyer Villas, Thomondgate, Limerick City.

The death has occurred of Christina (Chris) Moore (née Crawford), of Cosgrove Park.

Reposing at Thompsons Funeral Home, Thomas Street this Thursday evening from 6.00pm to 7.30pm. Arriving at John The Baptist Church, Meelick for Requiem Mass on Friday at 11.30am with burial afterwards in Castlemungret Cemetery.

Reposing this Wednesday evening at Butler's Funeral Home, Bruff from 5:30pm with removal to Ss. Peter and Paul's Church, Bruff at 7 o'clock. Requiem Mass on Thursday at 11 0'clock followed by burial in the adjoining cemetery.

The death has occurred of Patrick Earls, of Knockhill, Caherdavin, peacefully in the Lakes Nursing Home Killaloe. Predeceased by his wife Mary. Deeply missed by his family, relatives, neighbours and a large circle of friends.

Reposing at The Gleasure Funeral Home, Tralee on Tuesday from 4.15 to 6.15 pm. Removal at 6.15 pm to the Church of the Immaculate Conception, Glin, Co. Limerick. Requiem Mass on Wednesday at 12 noon. Interment afterwards in the adjoining Churchyard.