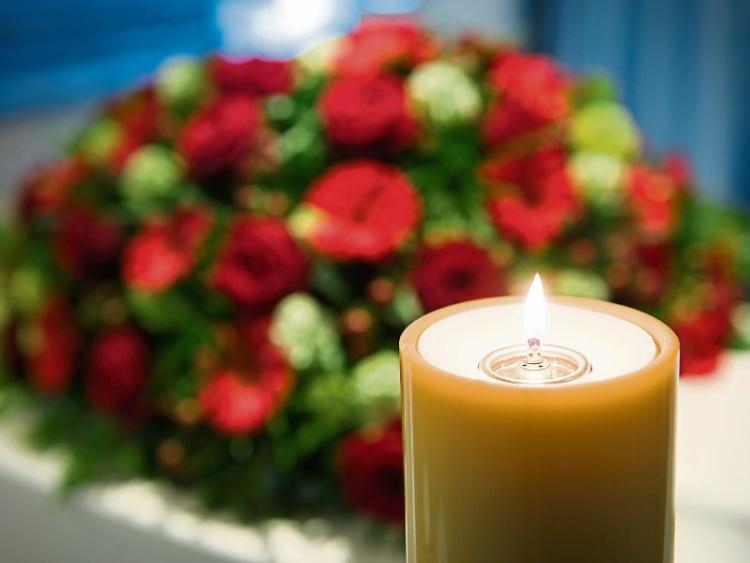 Reposing this Sunday evening from 6pm at Daffy's Funeral Home, Kilmallock, followed by evening prayers at 8pm. Funeral to arrive at S.S. Peter and Paul's Church, Kilmallock, on Monday 19th August for Requiem Mass at 12 noon with burial afterwards in the local cemetery. Family flowers only with donations, if desired, to The Mayo Palliative Care Team.

Reposing at his residence on Sunday (August 18th) from 5.00pm until 7.00pm. Requiem mass on Monday at 10.00am in the Sacred Heart Church, The Folly, Waterford followed by removal to White's Funeral Home, Doon, Co. Limerick, reposing from 5.30pm followed by removal at 7.30pm to Doon Parish Church. Mass on Tuesday at 11.30am, burial afterwards in Doon Local Cemetery. Family flowers only please donations in lieu to the Solas Centre Waterford.